As I’m writing this article, I am literally waiting for my Mavic 2 Pro and Mavic Air 2 batteries to charge so I can fly my drones later today. Wouldn’t it be nice to have the technology from Israeli startup, StoreDot that can charge batteries of commercial drones in five minutes? I’d love to have that for my personal drones so I can simply keep flying!

StoreDot can charge batteries of commercial drones in five minutes

Engineering and Technology reports that Israeli battery and materials company, StoreDot has an ultra-fast battery charging solution that can be used to charge commercial drones in just five minutes.

The company argues that one of the obstacles that prevents fully autonomous and continuous drone operations from becoming a reality is the fact that drone batteries charge way too slowly. Typically it will take between 60 to 90 minutes to charge the batteries of a commercial drone to get about a 30 minute flight time. The only way to overcome this is to have a human being swap batteries in between flights. This is a costly process and that prevents drones from performing continuous, and autonomous operations.

StoreDot takes it even one step further and says that since the charging locations need to be accessible by human beings, it restricts the range of the drone operations since the unmanned aircraft needs to reserve some flight time to fly to and from the charging station.

StoreDot has developed FlashBattery technology to overcome all these challenges that are currently restricting the use of drones. Their technology drastically reduces charging times for drones so that the aircraft lose very little flying time.

“The launch of a UFC solution for drones changes the game,” said Dr Doron Mysersdorf, CEO of StoreDot. “By reducing battery charging time to just 5 minutes – which is up to 18 times faster than existing drone batteries – and eliminating the need for human intervention, drone operators have far greater freedom about where they can site charging stations. As a result, continuous, fully-autonomous drone operation is finally being made a reality.”

Mysersdorf said that the batteries developed for the ultra-fast charging solution incorporate breakthrough materials that have never been used before. “The innovation that is required in order to do that is across the board, starting from the materials themselves,” he explained. The team At StoreDot has developed metalloid nanotechnology alloys, that have properties similar to silicone which is known to have very high diffusion and low resistance when the lithium ions have been inserted in order to preserve the energy in the batteries. Furthermore, the Israeli startup has also developed protective compounds for the battery.

This is our capabilities in organic synthesis, the capability to take a nanoparticle such as silicon and coat it, protect it with a 3D binder and protective polymer-style organic material that would give it the flexibility to absorb the ions, but also make sure there are no cracks or impurities in the structure as it inflates and deflates during charging and discharging,” Mysersdorf explained.

The StoreDot team showed in a demonstration its Gen1 charging solution, which has a gravimetric energy density of 170Wh/kg and a volumetric energy density of 430Wh/l that helps it charge the drone within five minutes. The charging solution, reportedly, consists of a charging port in which the cover slides open automatically to make way for the drone which will land autonomously into it. Once the cover is shut, it begins to charge the drone.

StoreDot claims that its ultra-fast charging solution could potentially change the drone industry and help reduce the cost of owning and operating a drone by eliminating the need for additional batteries.

“Drones will now be able to spend much more of their valuable flight time engaged in actual missions, greatly extending their range, rather than having to return to base to have their battery swapped out,” said Mysersdorf. “At the same time, UFC will also enable drone users to expand their operations into regions they could not previously access. Both of these factors will significantly increase operational efficiencies and profitability, making the business case for drone use much more attractive than ever before.” 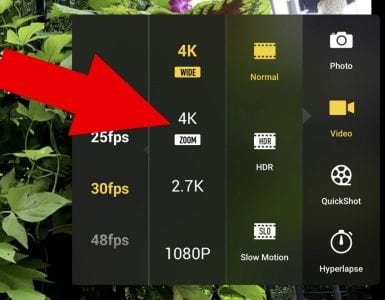 After some confusing firmware updates for the DJI Mavic Air 2 last week, it seems that DJI now has cleaned up its act and got everybody on the same new firmware version v01.00.0340. This version offers a new 4K Zoom...

The Japanese oil tanker, MV Wakashio ran aground in Mauritius on July 25. The ship is leaking heavily and spilling much of the oil into the pristine Mauritian waters. The disastrous oil spill is shown in drone footage...