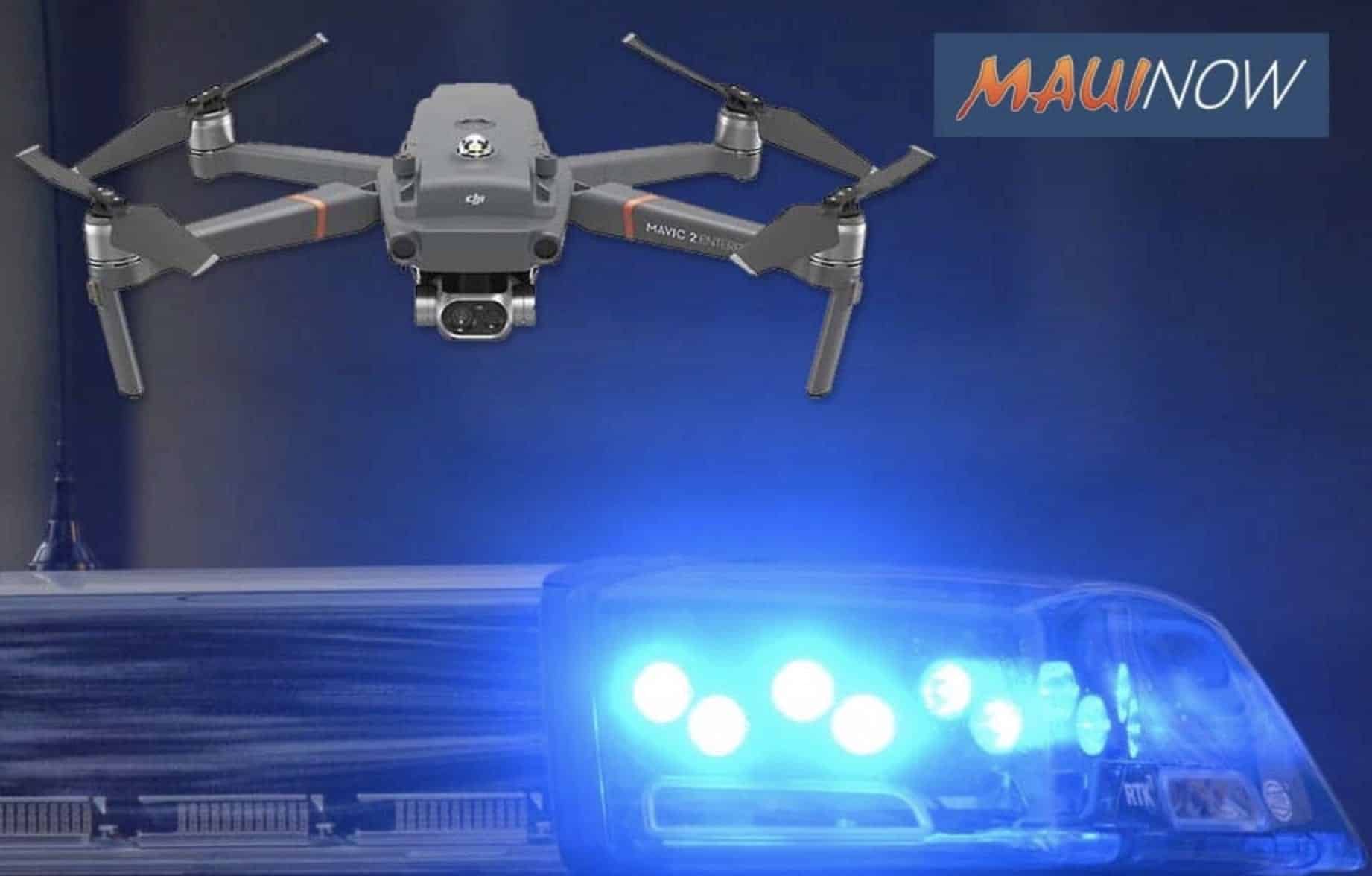 Maui police will start using drones for public announcements in the fight against the spreading Coronavirus. The DJI Mavic 2 Enterprise seems to be a favorite drone among local law enforcement and first responders.

The police in Mauii, Hawaii announced that it will start using drones to make public announcements, reminding people of stay-at-home county and state orders that are currently in place.

The drones will be used in combination with the all-terrain vehicle and on-foot patrols on Maui’s beaches. The police department will continue to educate, warn, reprimand, cite and if need be arrest community members as well as visitors for violating the Rules and Orders set forth by the Proclamations of Governor David Ige and Mayor Mike Victorino.

Over a six-day time frame ending on Monday, the Maui police had issued more than one hundred citations and made six arrests for COVID-19 related violations, according to Maui Now.

In the comments that accompanied the news article, some people expressed their support and some others their concerns about the Maui police using drones.

“A drone can be a very effective tool. ie: search & rescue, covering large areas in a short amount of time. I don’t think the MPD is out to abuse the use of this tool. They live and work alongside of all of us on the island. I’ve spoken to some of the officers within the drone unit and they seemed to be very careful and concerned about not invading the privacy of the public. That being said, this COVID-19 outbreak is not a joke. Check out the national and world news. Hear the stories of young and old dying before their time. Listen to the doctors and health experts. If the MPD can help stop the spread by flying a drone down the beach, spotting and warning a cluster of people (whether it be Tourist or Kama’aina) then I’m all for it. Once this pandemic is over I hope they still use drones for our safety and security, whether it be for search & rescue or other crime-fighting techniques. I was born and raised here and have seen the population grow like crazy. Everybody just needs to do their part and we’ll get through this virus thing, paranoia and conspiracy theories included.”

Adam, on the other hand, was more concerned with his freedom being taken away. He said:

“lib·​er·​ty | \ ˈli-bər-tē plural liberties Definition of liberty (Entry 1 of 2) 1 the quality or state of being free: a: the power to do as one pleases b: freedom from physical restraint c: freedom from arbitrary or despotic (see despot sense 1) control d: the positive enjoyment of various social, political, or economic rights and privileges e: the power of choice 2 a: a right or immunity enjoyed by prescription or by grant : privilege b: permission especially to go freely within specified limits was given the liberty of the house 3: an action going beyond normal limits: such as a: a breach of etiquette or propriety : familiarity took undue liberties with a stranger b: risk, chance took foolish liberties with his health c: a violation of rules or a deviation from standard practice took liberties in the way he played the game d: a distortion of fact The movie takes many liberties with the actual events. 4: a short authorized absence from naval duty usually for less than 48 hours at liberty 1: free 2: at leisure : unoccupied

Understand that once the government begins to monitor everyone, everywhere the above is no longer possible and hence the idea of Liberty and Justice in our daily life will have vanished.”

What do you think about the Maui police using drones to help fight the coronavirus? A good thing or not? Let us know in the comments below.

Due to coronavirus travel restrictions, investment banks such as Goldman Sachs are using drones to provide clients with a bird’s eye view of the companies they’re bidding on, says Stephen Feldgoise, the bank’s global co-head of mergers and acquisitions.

END_OF_DOCUMENT_TOKEN_TO_BE_REPLACED

Matternet drones are delivering COVID-19 tests between a hospital and laboratory in Berlin, Germany, reducing the transportation time from one hour to about 10 minutes.

END_OF_DOCUMENT_TOKEN_TO_BE_REPLACED

The Saratoga Springs City Council approved a proposal from Big Rock Technologies, a finalist in the NATO Innovation COVID Challenge to make the city testing grounds for contactless delivery of COVID-19 test kits and medications by drone.

END_OF_DOCUMENT_TOKEN_TO_BE_REPLACED 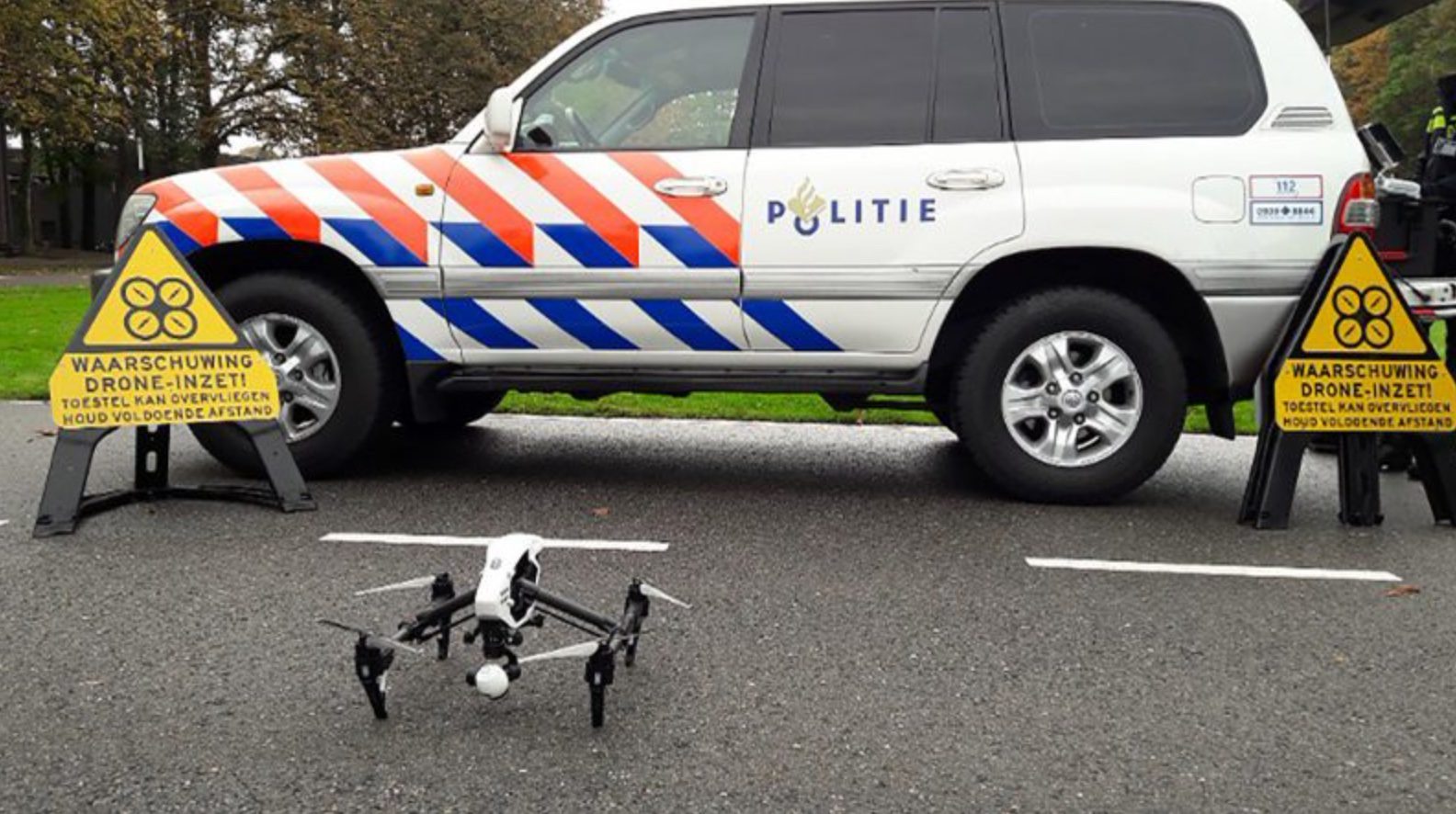 The Dutch police will be investing heavily in expanding its drone fleet in the coming years. The police currently have about sixty drones. In two years, there must be at least 130. The drones are increasingly being used for various applications, such as enforcement, locating missing persons, and investigating traffic accidents.