Iconic drone photo of the Burnside Bridge protest in Portland

Here’s an article that explains how the iconic photo of the Burnside Bridge protest in Portland was captured. The aerial photo of thousands of people protesting and laying down on the bridge on June 2 for 8 minutes and 46 seconds in remembrance of George Floyd, quickly went viral. The photo pushed photographer Andrew Wallner into the spotlight and created some controversy over safe drone flying practices. The protest lasted for less than 10 minutes, but the iconic drone photo captured this moment for eternity and for all of us to see.

Andrew Wallner, a photographer from Portland grabbed his drone and went to the Burnside Bridge to capture the protests.

“I knew that what was happening was historic and I wanted to amplify it any way I could,” Wallner said, according to OregonLive.

After posting the photo online where it quickly went viral, Wallner was criticized for flying his drone over people which obviously can be dangerous for the ones on the ground. In response to the critics, the photographer said that he had done due diligence before starting the drone flight. He said that he had checked the weather as well as the area for other drones and make sure that the battery was fully charged and the safety features were activated. In OregonLive, Wallner also said that he made sure that the connection between the drone and the remote was secure, that there was no interference with the GPS system, and that he ensured that the flight itinerary was compliant with local air space restrictions.

“It was kind of undeniable,” Wallner said. “The demonstration could not be refuted. The world needs to see this. People need to understand the peaceful nature of these protests and the sheer tremendous magnificence of this group coming together to make this demand for change.” 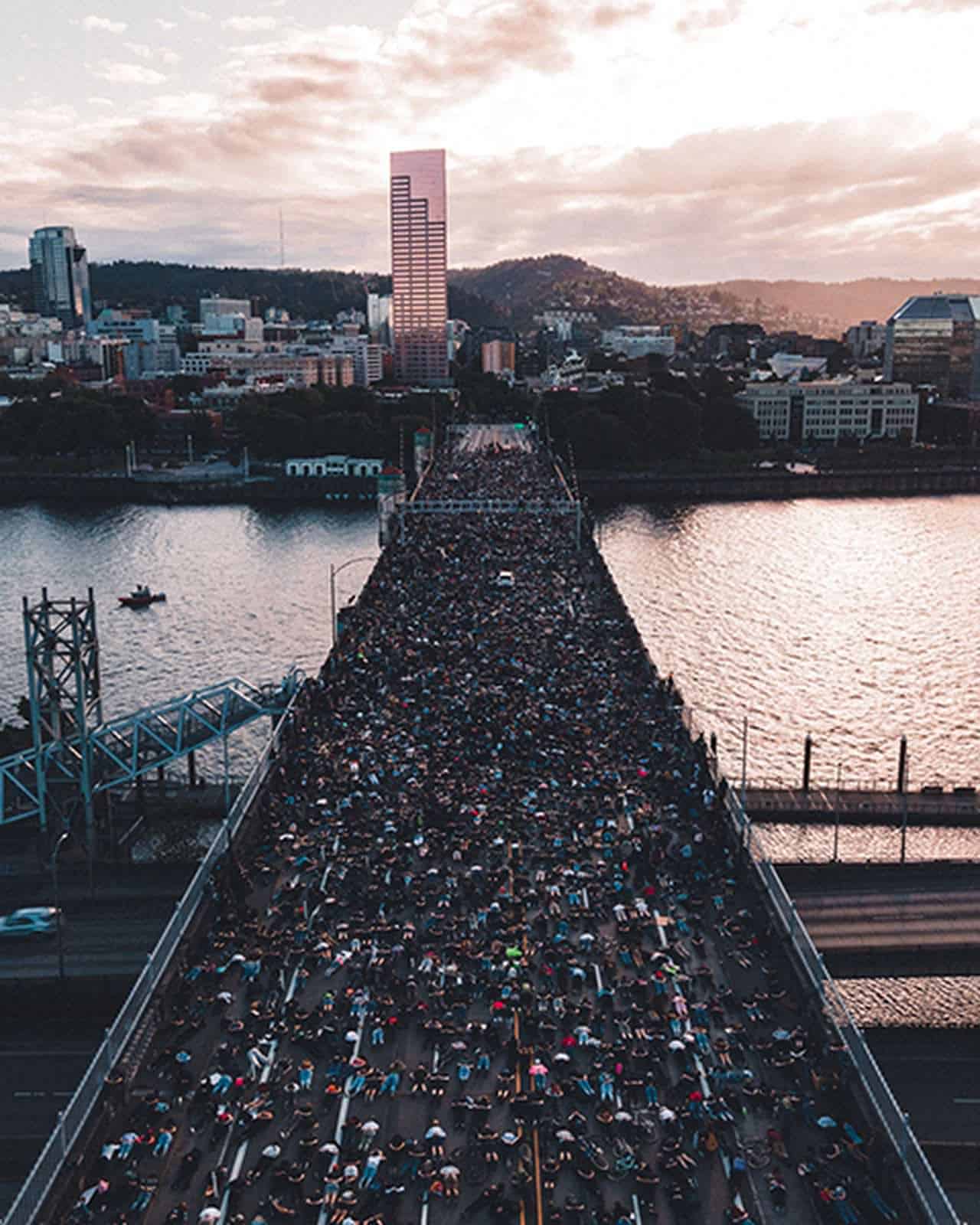 What made Wallner’s drone photo so iconic is that it captured, in one shot, how large the movement was behind the Black Lives Matter protests in Portland. The photographer added that he wanted to show the power of the protesters, something the television news failed to do according to him.

Wallner started selling the photo and has said that the proceeds will be used to support the Black community. He is working with Don’t Shoot PDX to determine how this can be best accomplished.

DroneXL supports safe and responsible drone flying. To fly over crowds in the U.S., a drone pilot needs a waiver from the Federal Aviation Administration (FAA) that specifically allows you to do so. Certain types of drones outfitted with parachutes have been allowed to fly over people. In this case, we recognize the significance of the iconic drone photo and wanted to share the story here to show how aerial photos can help capture a moment and convey a message. This story was not shared to promote flying drones over people.

Btw – here’s an example of how you can safely fly and capture protests without a waiver and without flying over people.