The Federal Aviation Administration (FAA) just shared the following press release from the Secret Service, the Federal Bureau of Investigation, the Charlotte-Mecklenburg Police Department, and the FAA on Facebook reminding drone operators of the “No Drone Zone” during the Republican National Convention in Charlotte, NC on August 24, 2020.

No Drone Zone during Republican National Convention in Charlotte, NC

The press release from the Secret Service reads:

To ensure the safety of convention attendees and the residents of Charlotte, The U.S. Secret Service, the Federal Bureau of Investigation, the Federal Aviation Administration (FAA), and the Charlotte-Mecklenburg Police Department announce a “No Drone Zone” during the Republican National Convention (RNC) in Charlotte, N.C., August 24, 2020.

To create a “No Drone Zone,” the FAA will establish a Temporary Flight Restriction (TFR) that prohibits drones and other manned aircraft as part of the security measures required for this National Special Security Event.

Flying a drone in the restricted area during the RNC is against the law. Anyone flying a drone within the “No Drone Zone” could face criminal charges, fines in excess of $30,000, and drone confiscation.

The public may assist by maintaining awareness of their surroundings and by reporting any suspicious activity to law enforcement by calling 911.

Specific TFR details will be available at tfr.faa.gov approximately 72 hours prior to the event.

For additional information about the “No Drone Zone” and other flight restrictions go to https://www.faa.gov. 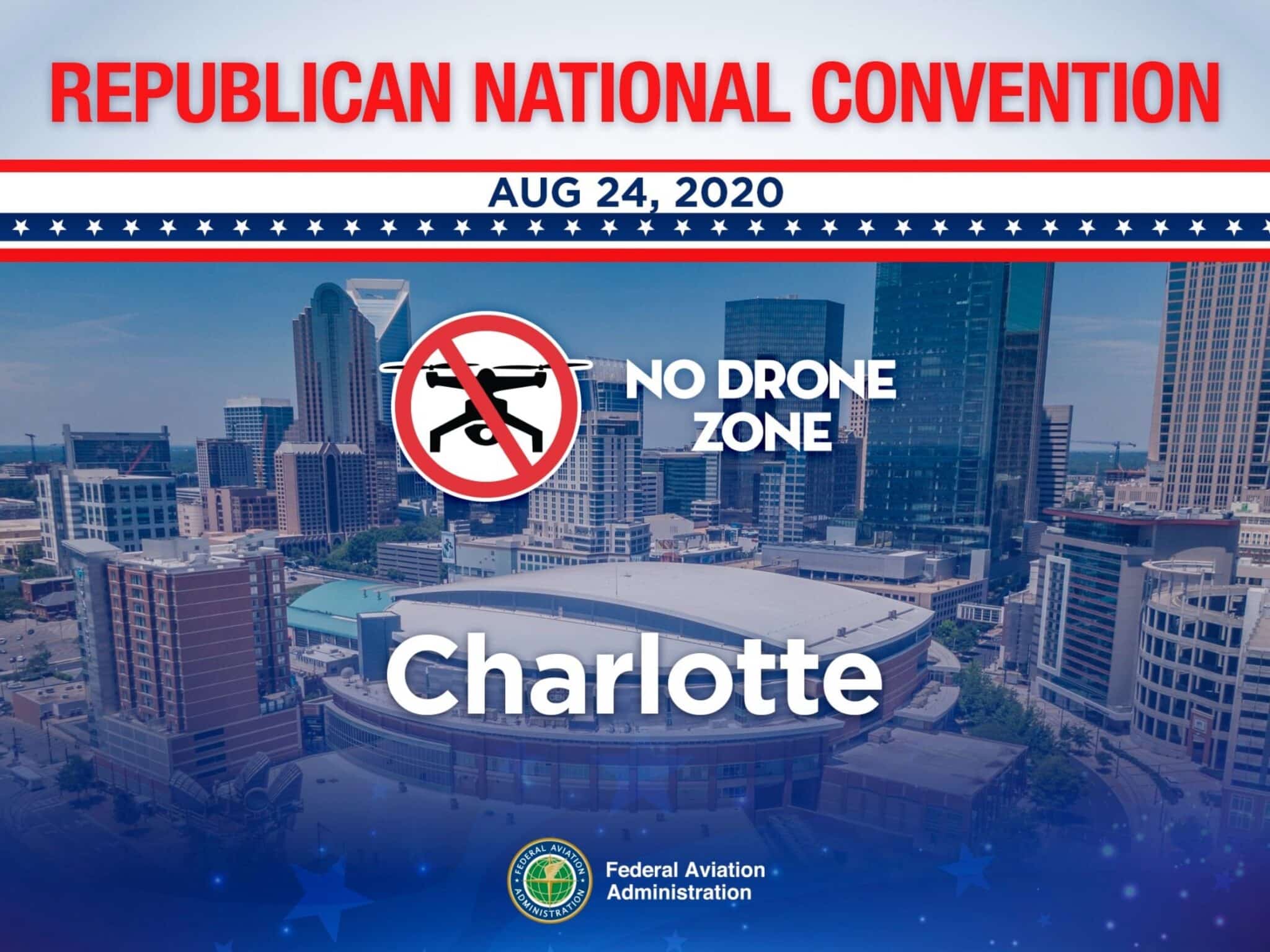 Get your FAA drone license and invest in yourself with this Black Friday sale!