During the 75th anniversary of the ruling party of North Korea, at least one DJI Mavic 2 drone made an appearance.

On Saturday, the ruling party of the Democratic People’s Republic of Korea (DPRK) celebrated its 75th anniversary with a precisely choreographed military parade. Analysts remarked that the ‘production value’ of the event had increased significantly, noting a new building from which the country’s leader Kim Jong-un addressed the crowds, the massive display of military force, including the new ballistic missile, and the many drone shots that were part of the live broadcast. In some shots, we can clearly see a DJI Mavic 2 drone making an appearance. 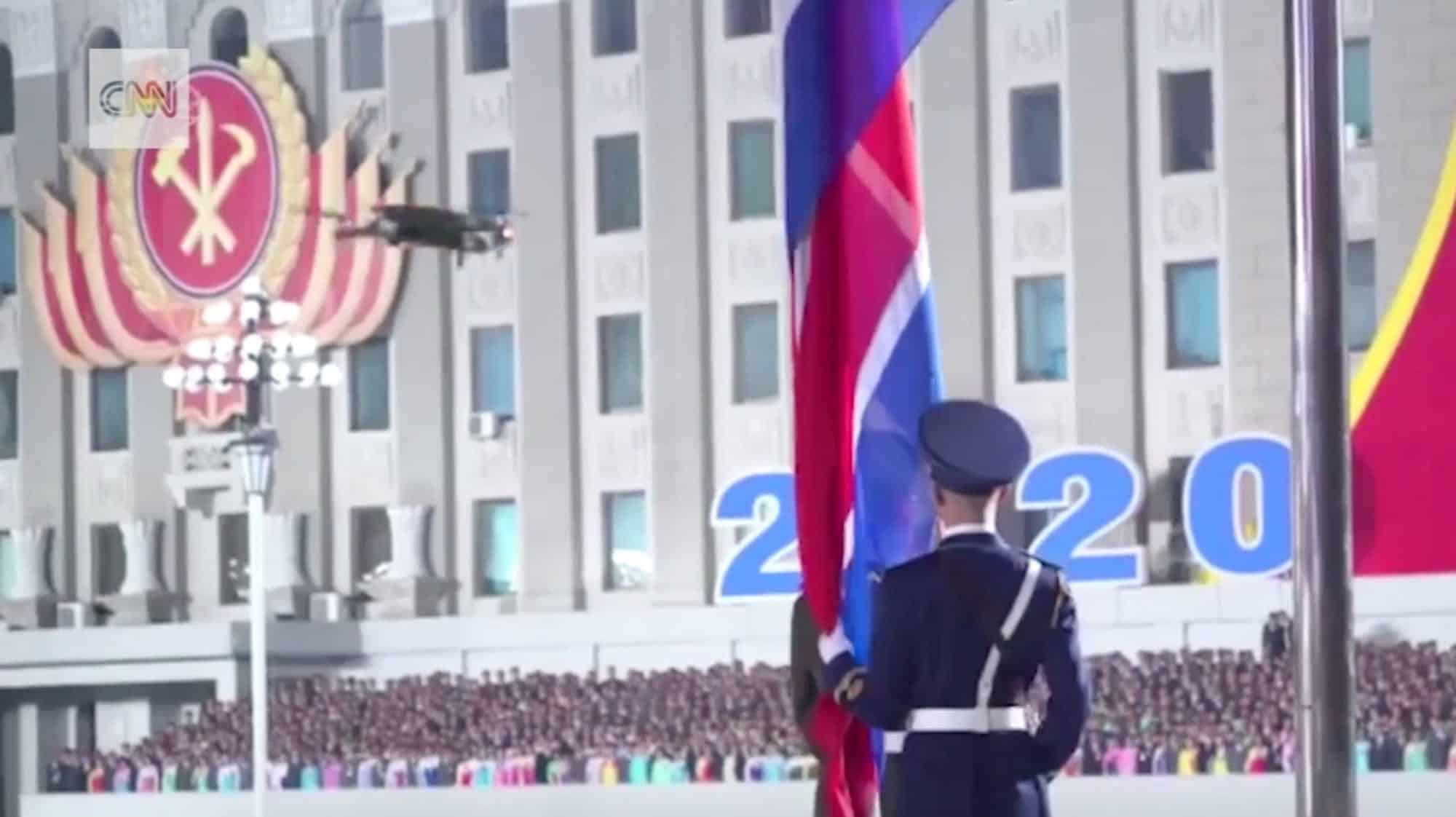 Following the 9/11 attacks, the U.S. put North Korea on the ‘axis of evil’ list and argued that North Korea’s possession of nuclear weapons poses a serious threat to the world. After North Korea conducted its first nuclear test in 2006, a number of countries and internal bodies have imposed sanctions against the hermit kingdom. China however has always had a close special relationship with North Korea and is the country’s most important trading partner. It probably wouldn’t be too difficult for North Korea to acquire a number of drones and possibly other products from Chinese drone maker DJI.

In case you’re wondering if North Korea is covered under DJI’s no-fly zones, as the drone maker did in Syria and Iraq back in 2017, that is not the case. Except for areas around a number of airports, the skies over North Korea are open for drones, at least as far as DJI is concerned.

The DJI Mavic 2 drone can be seen flying by during the flag-raising part of the ceremony around the 18-second mark in this video from CNN. In the two-and-a-half-hour long broadcast of the event, many drone shots are visible as well. It also seems that the image in the tweet below comes from that same broadcast, although we haven’t been able to find it yet in all the footage.

During the 75th anniversary of the ruling party of North Korea, at least one DJI Mavic 2 drone made an appearance. #drone #drones #djidrones #uas #uav https://t.co/O2ko0UYpXj pic.twitter.com/3wWkXNoUen

Apart from drones, you can also see a crane and gimbal being used to get moving overhead shots of the event, as well as a small RC car that somewhat resembles a DJI Robomaster.

Very good view of the air camera drone at DPRK parade anyone able to ID the make? pic.twitter.com/8AdkFR0A9a

It is hard to be 100% sure, but the drone in this image seems to be a DJI Mavic 2 Enterprise.

Not the first time we see DJI drones in North Korea

This is not the first time that we have seen DJI drones being used in North Korea. Last summer drone images were used in state media coverage of a missile test. In this article, you can see what appears to be a DJI Mavic 2 controller as well as a DJI Phantom controller including an iPad. 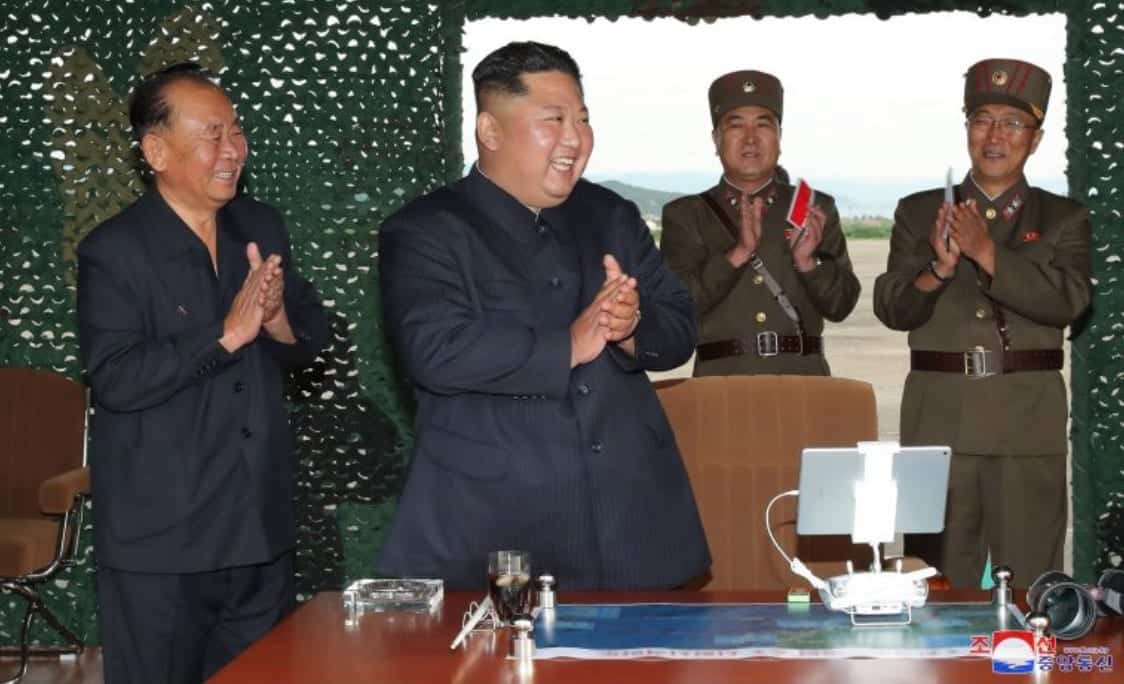