A DJI Mavic 2 Enterprise Dual, flown by an instructor from Lane Community College’s drone program, helped to see through the thick smoke of the Holiday Farm Fire in Oregon to identify hot spots.

Drone instructor Solomon Singer received emergency clearance to fly his DJI Mavic 2 Enterprise Dual over the Holiday Farm Fire to identify hot spots. Unlike manned aircraft, the drone can be flown in the thick wildfire smoke.

It was early September when the Holiday Farm Fire first started and people in the community were looking for ways that they could help contain the blaze. For Singer, this meant getting his drone ready to help firefighters identify hot spots as they battled to halt the spreading fire.

Singer is a drone instructor in the Lane Community College Commercial Unmanned Aerial Systems program that was started two years ago and has gained interest among students.

A thick layer of smoke during the first week of the Holiday Farm Fire meant that manned aircraft often times couldn’t fly to better understand how the fire was spreading. The reduced visibility was not a problem for Singer’s DJI Mavic 2 Enterprise Dual drone that has a thermal camera onboard. 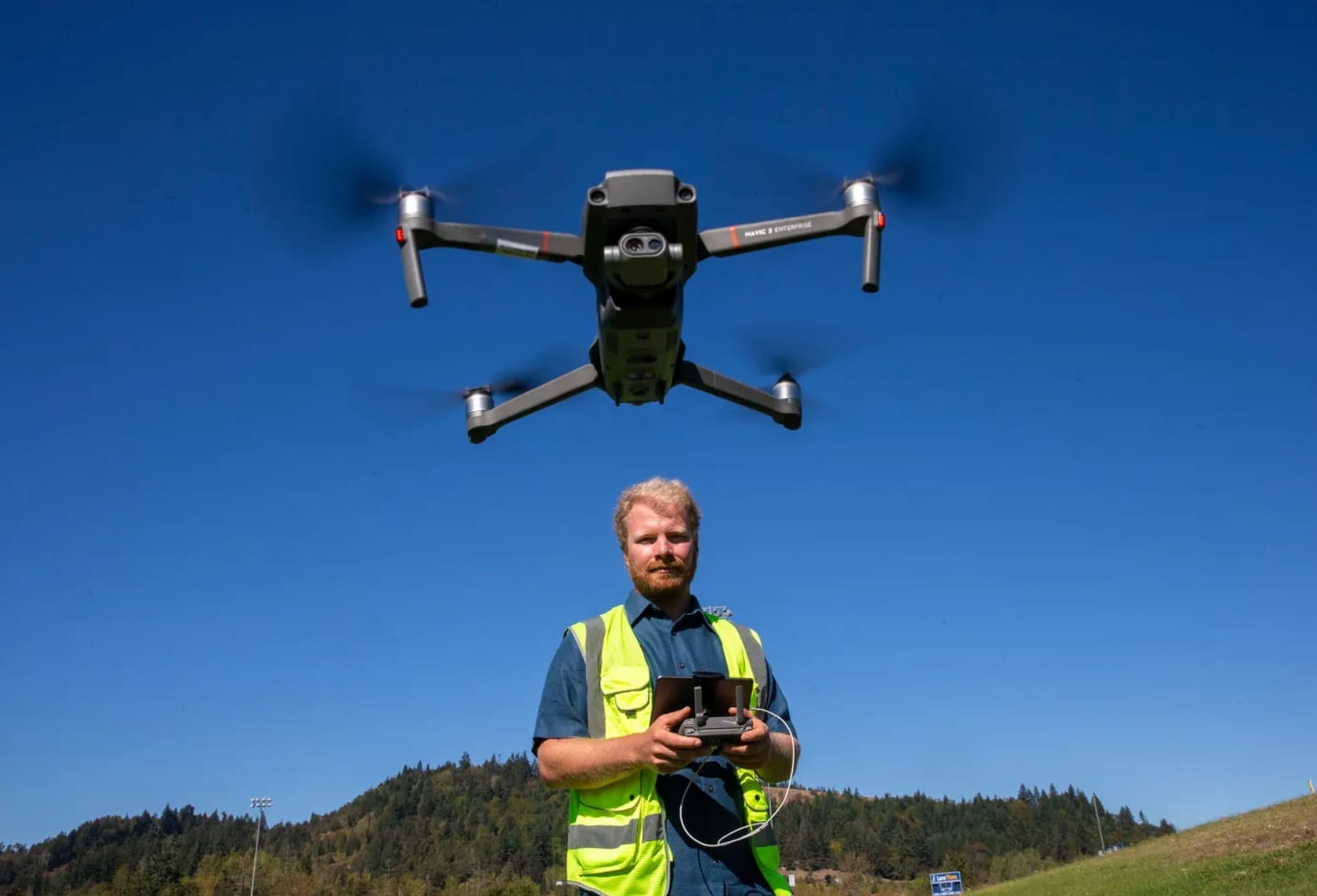 The Goshen Fire Department contacted Singer, who is a firefighter with the fire protection district, to see if he could use his drone to help. Singer worked with the Oregon Department of Forestry to get emergency authorization from the Federal Aviation Administration to fly in the airspace above the fire. One he received the approval, he used his unmanned aircraft to help the crews see the fire by using the thermal camera on the DJI Mavic 2 Enterprise Dual.

“In the thickest smoke, nothing can fly,” he said. “There was no air support, nobody really knew exactly where the fires were until that infrared imagery came out once a day. And so there was some question when it was growing quickly, in this thick smoke nobody exactly knew where the south border was.”

To fly a drone in a fire zone, you need specific training and clearance from the Federal Aviation Administration (FAA). People who independently fly drones above a fire zone hinder firefighting efforts because if drones are flying, fire crews can’t fly their own air resources, ODF spokesman Marcus Kauffman said, according to The Register-Guard. Flying your drone over a wildfire without FAA approval can result in a $20,000 and possibly criminal prosecution. 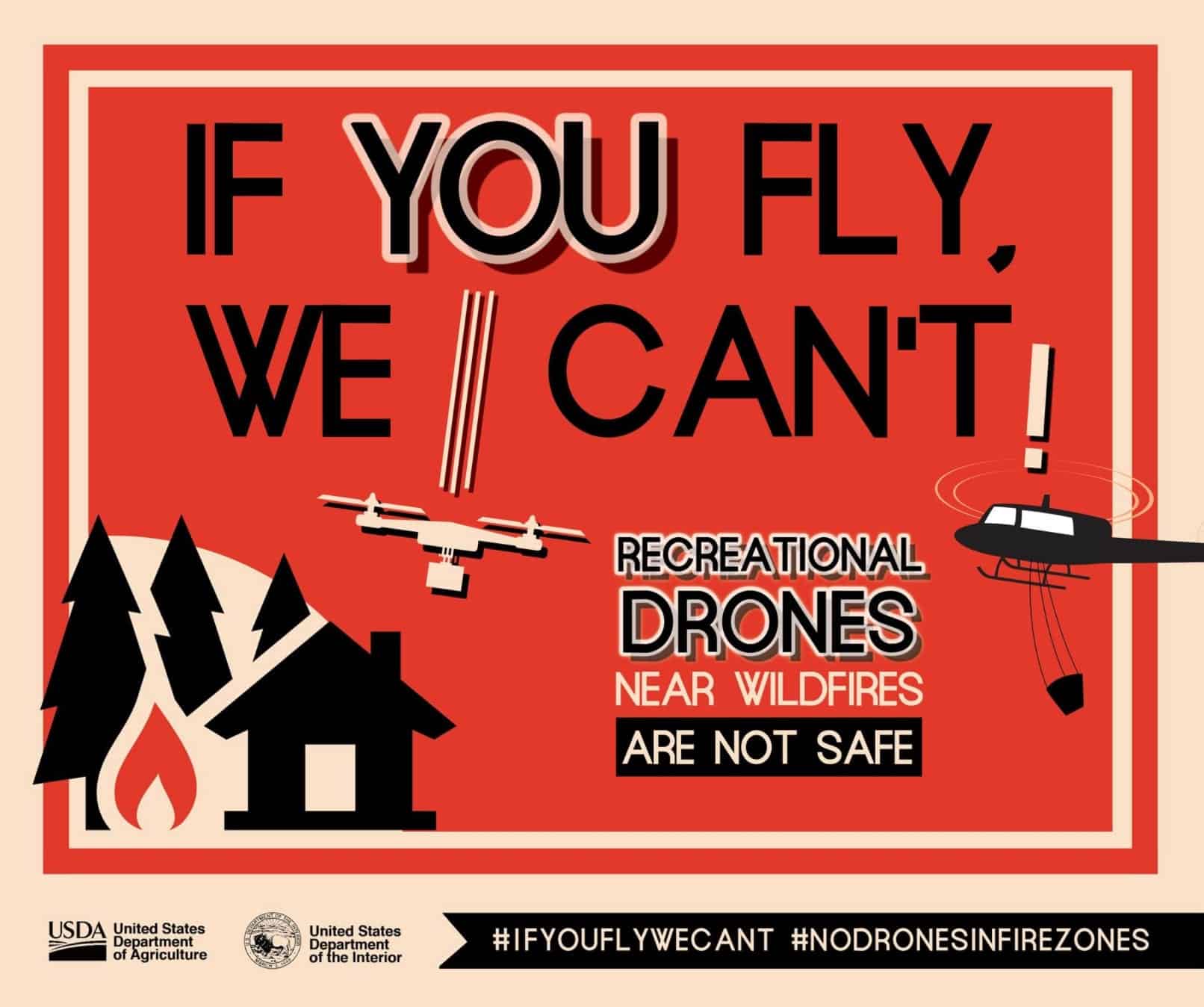 Singer, who has a private pilot license and has been flying drones for years, used his skills and the thermal camera to help firefighters better understand how the fire was spreading. He even notified the crews of one area that the firefighters had not yet learned of before it could spread to nearby homes.

“I was just doing a routine scout up Little Fall Creek Road, and I saw a fire that was about half-acre and growing, and nobody knew about it,” Singer said. 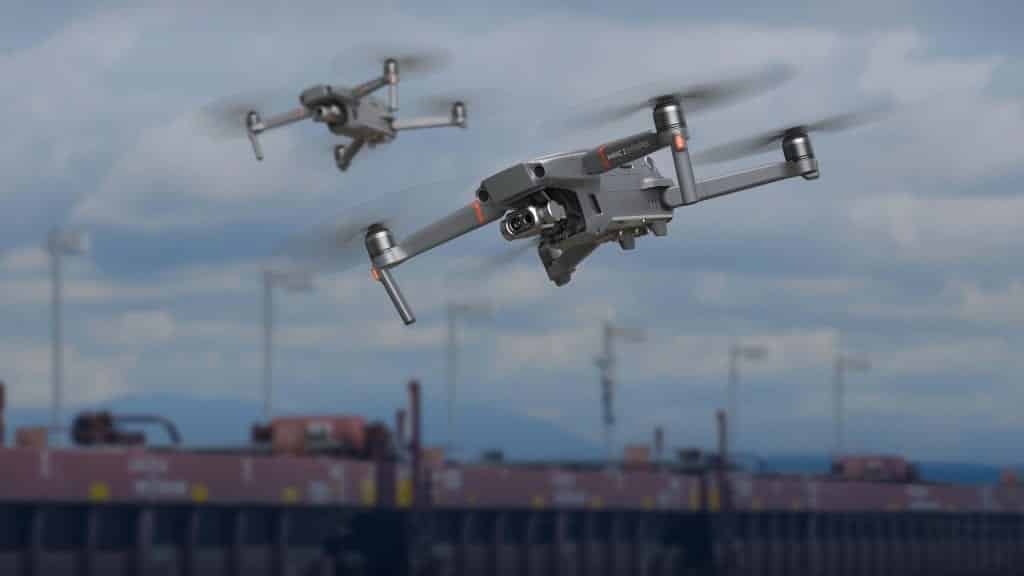 The firefighters could quickly put out the fire after being alerted by Singer.

Over the next couple of days, Singer used his DJI Mavic 2 Enterprise Dual to scout the areas in Hills Creek a Little Fall Creek and provided progress reports on the wildfire to firefighters.

“Any of these larger fires, whether it was Holiday Farm or Sweet Creek or Beachie … they require a tremendous amount of local cooperation and pulling resources together that previously hadn’t worked together,” Kauffman said. “That’s kind of the name of the game is cooperation, and I think it’s great that the local folks are building up their capacity to be able to assist with these kinds of efforts, because technology is a great tool to help us see and respond to these fires, particularly when we have an inversion (layer).”