Two US citizens were arrested by Yuma Sector agents on Thursday, November 5 after they picked up multiple packages of drugs that were dropped by a drone after smuggling the contraband across the Mexico border.

According to a news release, Yuma agents detected the drone making multiple trips into the United States from Mexico near San Luis at 1:45 AM.

The agents witnessed a drone delivering multiple packages, which later turned out to contain methamphetamine. Two suspects near the residence where the contraband was dropped were detained by the agents.

After a search warrant was issued, the Yuma County Narcotics Task Force found and seized 24.9 pounds of methamphetamine, with an estimated street value of $225,000, and a .357 magnum revolver.

A male and female subjects were taken into custody and the contraband and handgun were seized, reports The Desert Review. 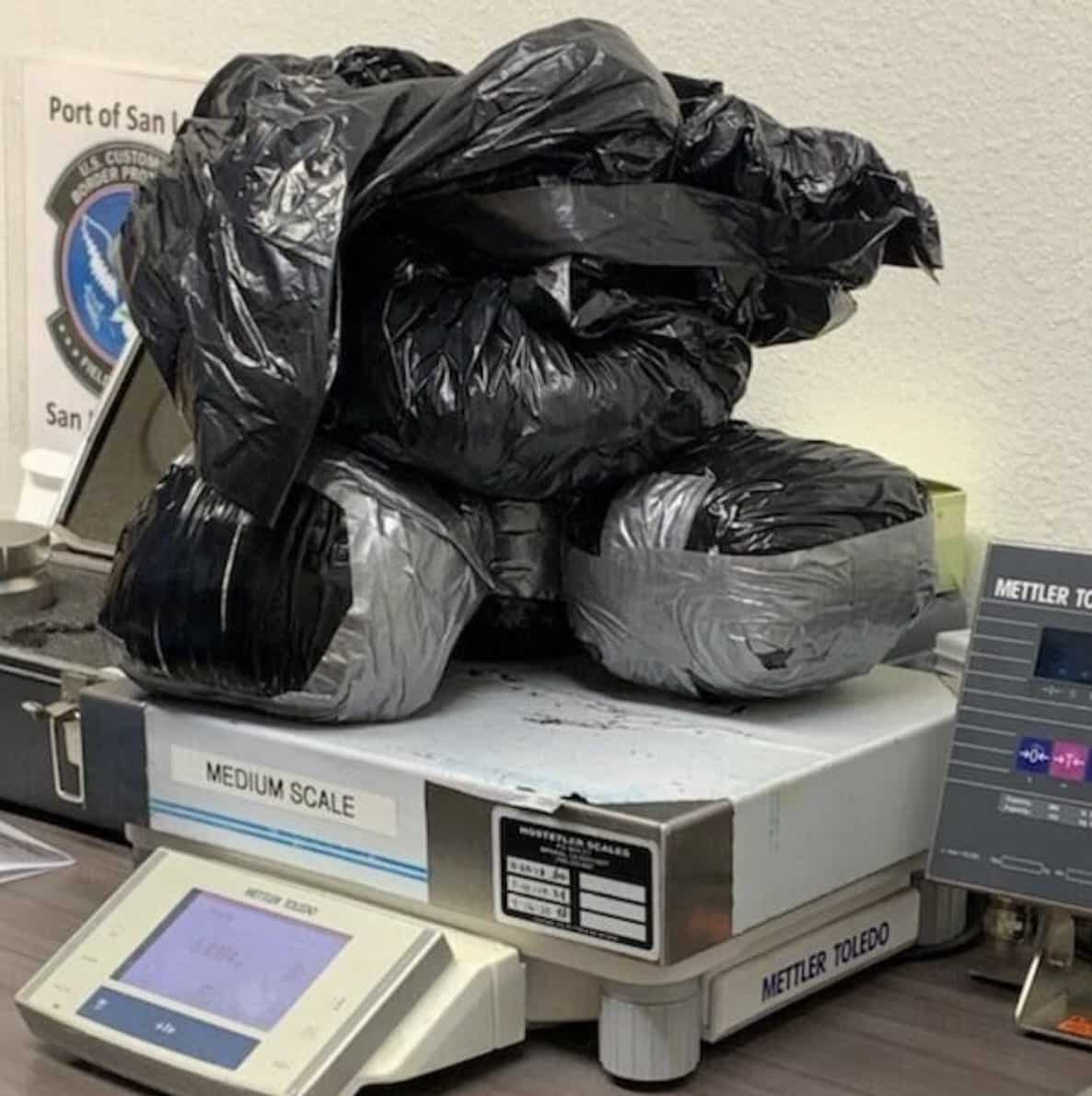