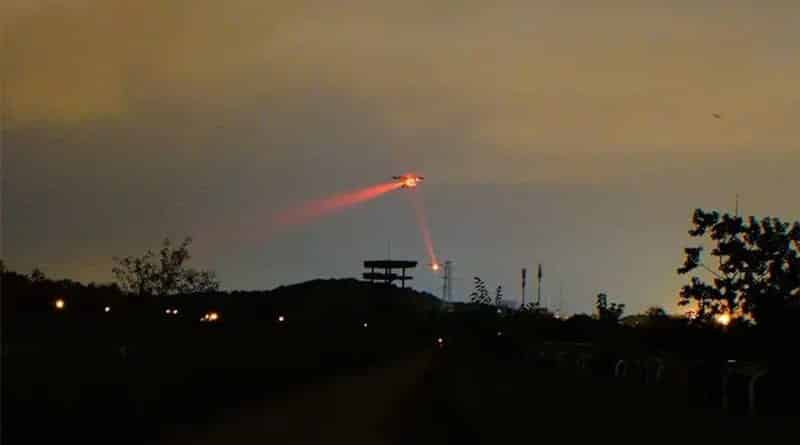 A team of scientists at Nanjing University in China has succeeded in realizing a quantum connection between two hovering drones. A distance of one kilometer was bridged. Thanks to the underlying principle of particle entanglement, the connection is in theory uncrackable and information can be transferred faster than light.

To understand the importance of the experiment, we must take a short foray into the mysterious world of quantum physics, and in particular the phenomenon of quantum entanglement. Two subatomic particles have an invisible bond with each other, even though they are physically separated from each other. As soon as the direction of rotation (“spin”) of one of the particles is measured, the spin of the other particle is immediately known. In this way, information can in theory also be transferred from one particle to another. This is also called teleportation.

The remarkable thing is that there is no delay in the transfer. So the “connection” works faster than light, something that has long been considered impossible but has now been scientifically proven. Another remarkable fact is that, in principle, the connection cannot be broken into: as soon as an external party wants to “listen in”, the entanglement ceases. This creates the possibility to make 100% secure connections.

With this principle in mind, Chinese scientists have now managed to set up a quantum connection between two drones. First, an entangled photon pair was created in one of the drones, a device weighing 35 kg, by splitting a light particle into a crystal. One of the photons was sent to a ground station, the other photon was sent to the other drone.

By means of motorized optics, the laser beams with which the photons in the drones are ‘readout’ from the remote ground station were kept exactly in position. The experiment showed that the photons onboard the drones did indeed remain entangled. This has proved that it is in principle possible to send information via a quantum connection between two drones.

According to lead researcher Zhenda Xie, it is conceivable that quantum connections could be set up hundreds of kilometers away in this way, between very high flying drones. It would also be possible to realize shorter connections with the help of lower flying drones, for example, to temporarily set up a local quantum network.

Other scientists think that the Chinese experiment could indeed be a prelude to a global quantum internet. “Drones could help, for example, to establish a 100% secure connection between a local ground station and your office or your car,” says Siddarth Joshi of the University of Bristol.

But there are still some challenges. Myungshik Kim of Imperial College London, for example, thinks that it will be very difficult to maintain a quantum connection between two moving drones due to small movements and rotations.

In the 60-page DJI retail training guide, that was shared with us earlier today, we find detailed information on the new DJI FPV Motion Controller that works with the DJI FPV drone.

Earlier today, we pointed to the fact a new teaser video showed that the DJI FPV drone features 4K video recording at 60 frames per second. With the help of DJI’s retail training guide, we are now able to confirm...

It simply doesn’t stop! Just now, a 60-page pdf file was leaked online, showing us tons of new information about the soon-to-be-released DJI FPV drone! The PDF file is a Chinese sales training manual and we are in...