This morning, aerial photos that were reportedly taken with the soon-to-be-released DJI Mavic 3 drone were shared on Twitter. Let take a closer look at these images and see what we can learn.

Update: as I am publishing this article a new tweet shared another aerial photo. See below.

The following photos were shared on Twitter this morning. The photos are said to have been taken with the DJI Mavic 3 drone. Using an online EXIF viewer did not confirm that the photo was indeed taken with the new DJI drone, but considering the source, it seems highly likely to be the case.

The aerial photo taken with the DJI Mavic 3 shows a mountain range with some snow under a blue sky with some clouds. Geo-location information shown in Jasper’s tweet indicates that the photo was taken at a high altitude on the Tibetan Plateau.

Looking at the balanced colors and dynamic range, i.e. no blown-out highlights or shadows, the aerial photo seems to be an HDR image with a lot of detail that was processed onboard the DJI Mavic 3.

The photo was accompanied by a screenshot that provides us with more information. The image was shared on WeChat and was taken on October 16, 2021, with a Hasselblad L2D-20c camera. The photo is a 38 MP image with an 8000 x 4718 resolution resulting in a 24.7 MB file size. Based on the resolution and aspect ratio, the image seems to be a panorama shot.

The ISO was set at 100 and the exposure was compensated downward slightly. the screenshot says that the aperture was set at f2.8 and the shutterspeed was 1/400 of a second. All of this information seems plausible for an aerial photo taken with a DJI Mavic 3 drone.

A second image showing a furry yak that is obviously adapted to living on the Tibetan Plateau was shared on Twitter as well. This photo is not an aerial shot but is said to have been taken with the DJI Mavic 3 as well. Probably a handheld drone shot.

Again, the EXIF data does not provide any clues. The color profile and high dynamic range seem to match the aerial photo of the mountain range. The resolution of this photo is 4096 x 3069 pixels and does not match the resolution of the other photo, however, that could be because of cropping.

A reverse image lookup did not show that these photos are taken from another source as we have seen happen in the past.

In a subsequent tweet, another high-altitude aerials photo was shared, showing what seems to be the same mountain range from a different perspective. 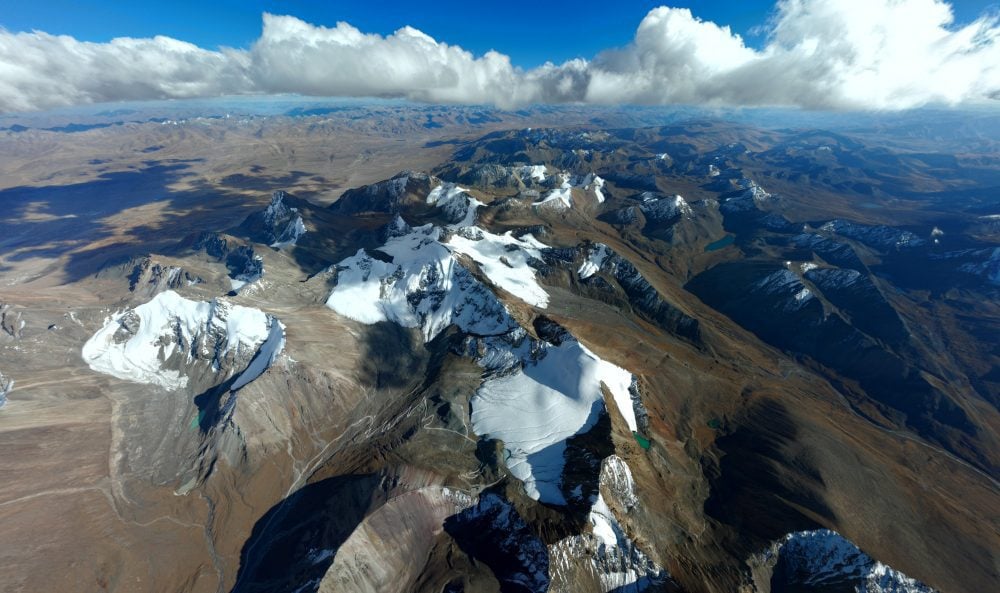 Let us know your thoughts on the aerial photo

What do you think about the aerial photo of the mountain range that was supposedly taken with the DJI Mavic 3? What do you see in the image and did we miss anything? Let us know your thoughts in the comments below.

Sample photos of Mavic 3， It had been confirm true #dji #mavic3 pic.twitter.com/3BBC5E7BNz

DJI Mavic 3 drone shot out of the air in North Carolina, deputies are investigating