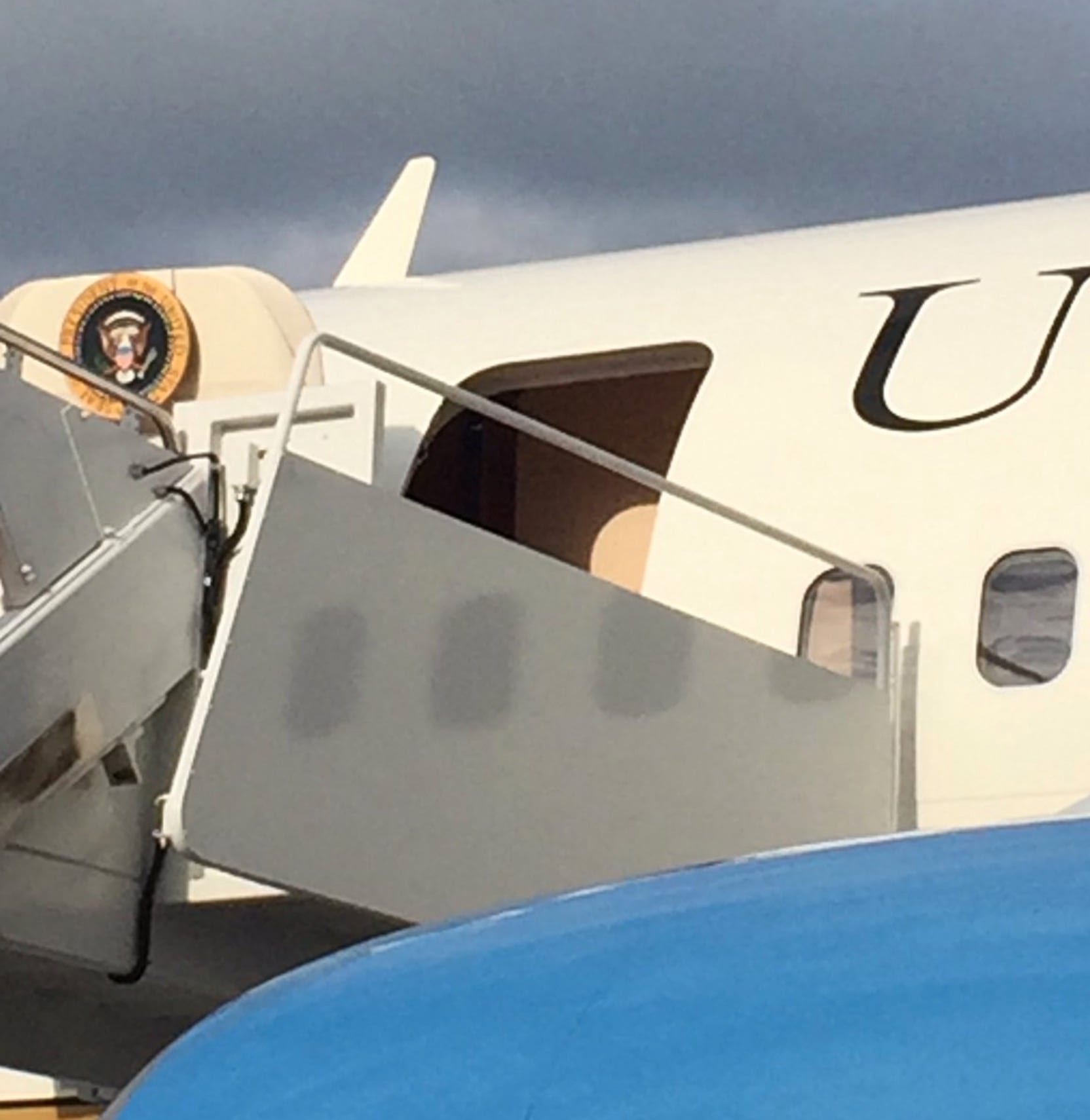 Sunday evening as President Trump was flying back to Washington, D.C.from the Trump National Golf Club in Bedminster, N.J., the C-32A Air Force One had a near-miss with a drone, witnesses say.

Air Force One with Trump on board had a near-miss with a drone, witnesses say

As the Air Force One with President Trump on board was making its final approach into Andrews Air Force base on Sunday evening, witnesses reported having seen a small drone.

AFP reporter Sebastian Smith who was on board the aircraft as well reported having seen a ‘small object’ that ‘resembled a drone,’ while admitting at the same time that he is no expert.

He tweeted the following:

@realDonaldTrump just landed at Andrews on AF1. Shortly before, while descending,we flew right over a small object, remarkably close to the president’s plane. Resembled a drone though I’m no expert.

@realDonaldTrump just landed at Andrews on AF1. Shortly before, while descending,we flew right over a small object, remarkably close to the president’s plane. Resembled a drone though I’m no expert. pic.twitter.com/roDFgpp4XH

The object was described as being yellow and black and shaped like a cross and was seen off the right side of the airplane. Bloomberg reports that the alleged drone was seen by several passengers shortly before touching down at 5:54 p.m.

The North American Aerospace Defense Command that coordinates air security issues in North America and the Federal Aviation Administration (FAA) referred questions to the Secret Service, which did not. immediately respond to requests to confirm the reports.

Eventhough the FAA receives thousands of reports about drones flying too close to airplanes, there have only been very few drone incidents or accidents. Often times there is no evidence that the object that was seen was indeed a drone. Plastic bags, balloons, and birds have been mistaken for drones in the past. And, as you can see in the images below, it is not hard to see how that could happen.

Especially when you’re looking out of a passenger window of an airplane doing at least 150 miles per hour.

We’ll follow this news closely and update this article if any new information surfaces.