During demonstrations in The Netherlands, the Dutch army shoots various DJI drones from the skies with a cutting edge device called the Smart Shooter’s SMASH Fire Control System.

During a live-fire counter-drone trial in the Netherlands, the Dutch army used a cutting edge device called the Smart Shooter’s SMASH Fire Control System to shoot various DJI drones out of the sky.

Soldiers from all branches of the army, including the Air Force, Special Forces, and Marines, participated in the exercise, That was organized in close co-operation with Smart Shooter Dutch Partner, TBM b.v, reports Defense Blog.

The trial took place at the army base ’t Harde, where most soldiers were introduced to the Smart Shooter’s SMASH Fire Control System for the first time. The system was used on a Colt 5,56 assault rifle to shoot down various DJI drones, such as the DJI Inspire, Phantom, and Mavic from an altitude of around 400 feet.

Our heart breaks at the sight of all these DJI drones being shot to pieces. We count at least the following drones: two DJI Mavic 2 Pro, three DJI Mavic Pro, one DJI Mavic Mini, one DJI Phantom 3 Professional, and one DJI Inspire. Ouch. 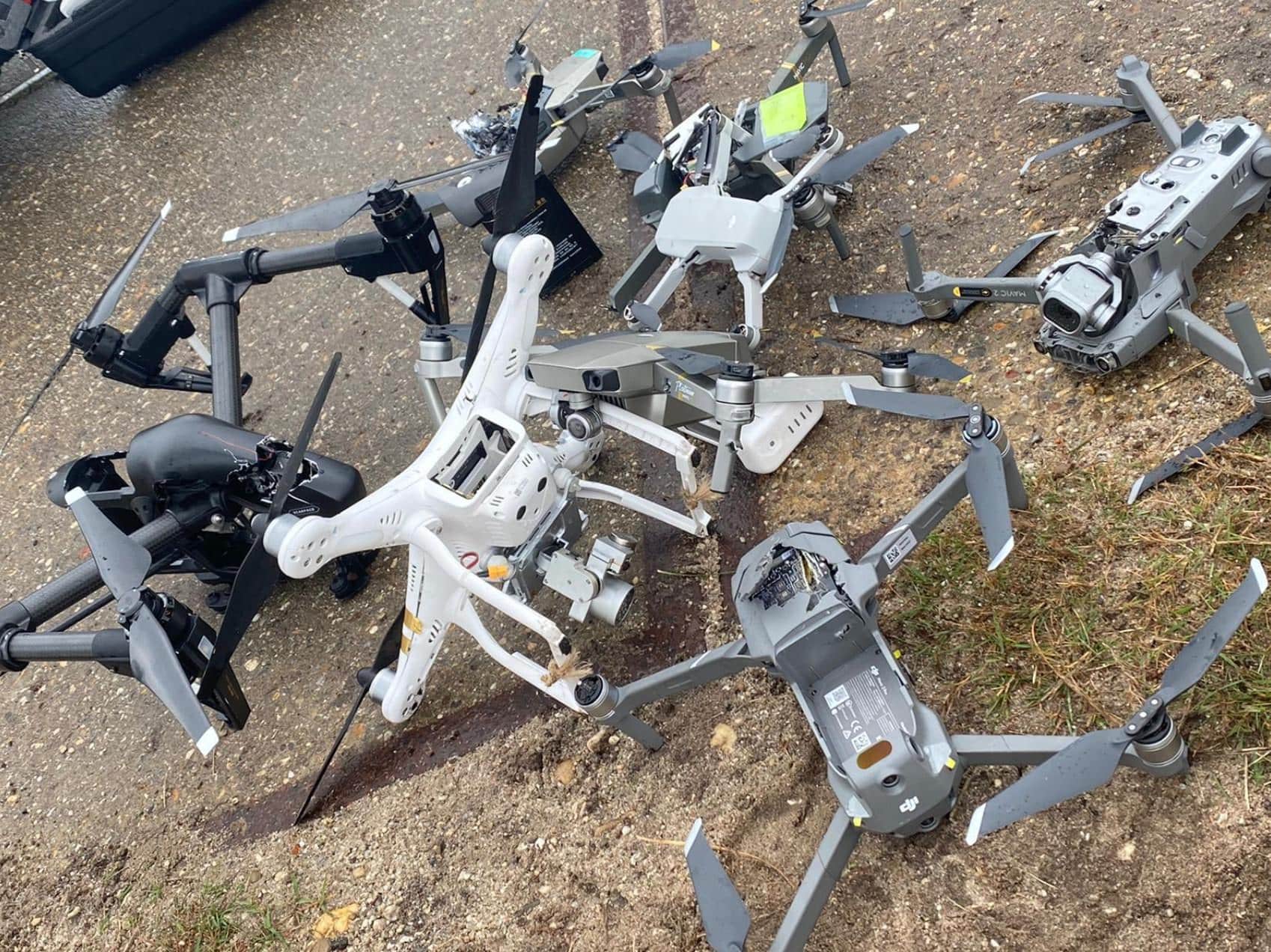 According to a press release the test was successful in the system prove to be very effective as all the DJI drones are shut down and eliminated.

The Smart Shooter’s SMASH Fire Control System can be used with small arms and ensures that each round will find its target. Its unique “One Shot – One Hit” capability, SMASH allows the operator to quickly and effectively neutralize any ground or airborne target, manned or unmanned.

The Smart Shooter’s SMASH Fire Control System is a cost-effective solution that can be integrated onto any type of assault rifle and combined with other counter-drone systems to eliminate the threat of any DJI drones or other unmanned aircraft for that matter. 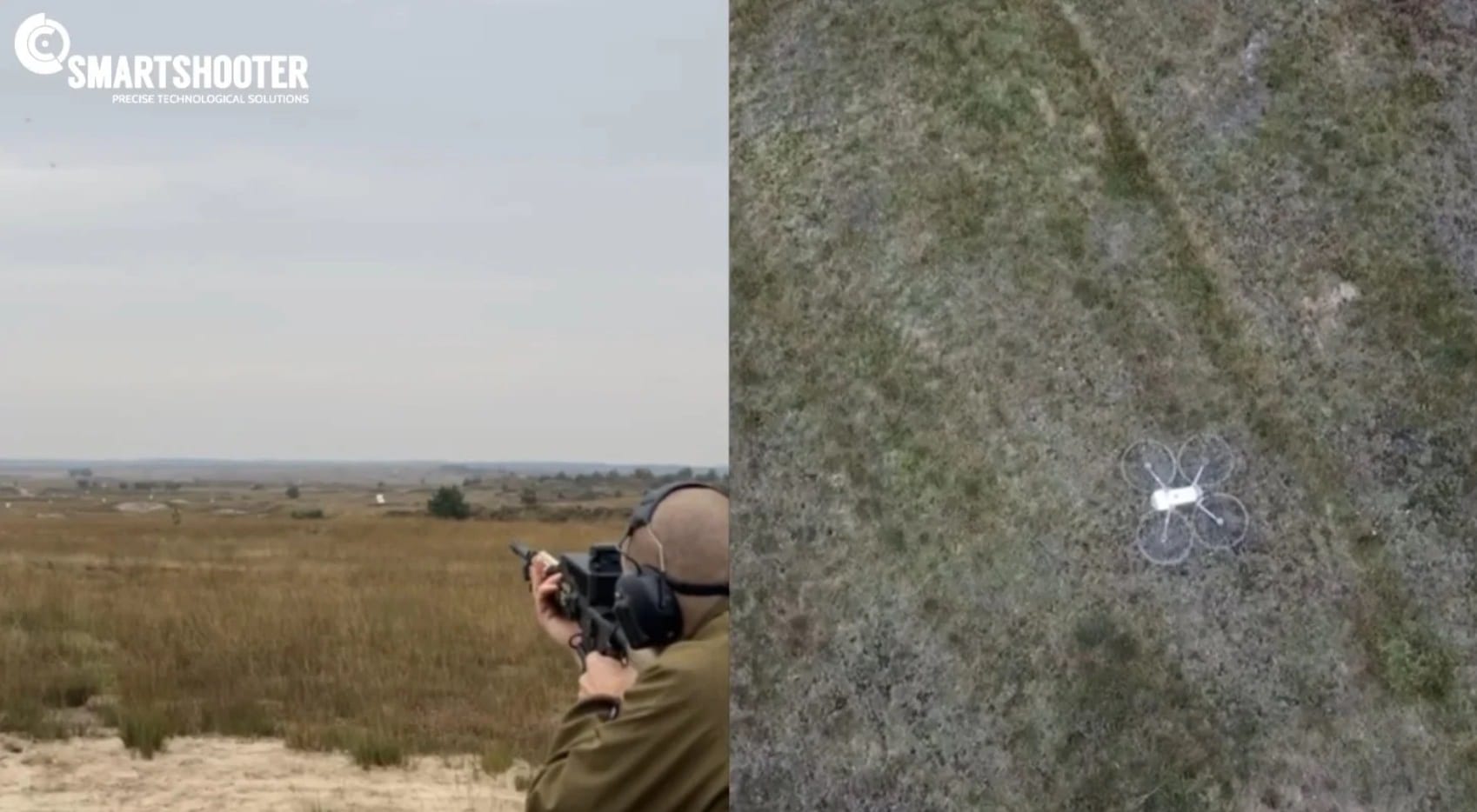