In a video on social media, political candidate Shelley Luther (R-TX) shoots at “Chinese communist drones” flying over her property. The video is made to promote Luther’s candidacy for the Texas State Senate, and in it, she claims that Drew Springer (R-TX) wrote a bill “to let Chinese drones conduct sweeping surveillance in Texas on our critical infrastructure, even thermal and infrared images of our homes.”

The video starts with the following message:

“Drew Springer wrote a bill to let Chinese drones conduct sweeping surveillance in Texas on our critical infrastructure, even thermal and infrared images of our homes. The Texas house rejected Springer’s bill because it threatened our privacy and security. Drew Springer China first and violated our trust.”

In the second half of the short clip, Luther walks out of her house with a shotgun over her shoulder and says:

“I’m Shelley Luther, this is what I think about Chinese communist drones flying over my property!”

She then aims at what seems to be a Ryze Tello drone flying in front of her house and shoots the aircraft out of the sky. Luther finishes the video by saying that:

Presumingly, Luther shoots her own drone out of the sky on her own property, but regardless Federal law prohibits firing a gun at any aircraft in the national airspace. See 18 U.S. Code § 32. – Destruction of aircraft or aircraft facilities for details. 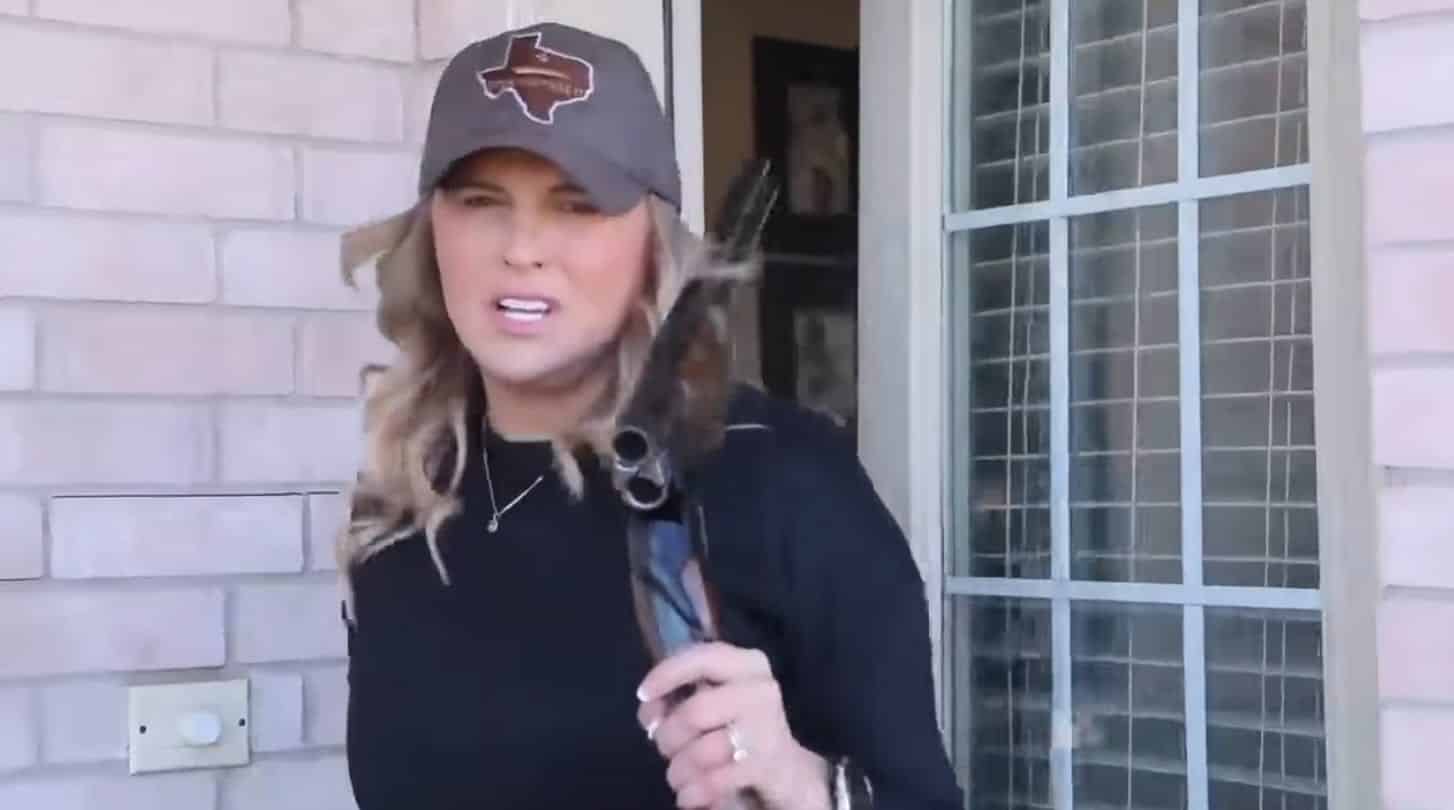 The video clip caused quite a bit of commotion within the drone community today with one drone proponent saying:

“The drone industry is disappointed in Ms. Luther’s depiction of the capabilities of our drones, as well as her wanton disregard for our safety. I have no doubt that she isn’t suggesting that her supporters go out and commit a federal crime (18 USC 32), but that is exactly what her video encourages. All you have to do is read the comments to see that.”

“I reached out to her and her [Luther’s] campaign via Facebook, Twitter, and email. All I wanted to do was have a nice cordial conversation with her about her content. Their response was to block me on Facebook. So they obviously aren’t concerned about the safety of drone pilots.”

If you paid close attention, you might have noticed that the shotgun was not loaded during the talking part of the video when Luther carries the gun over her shoulder. On Facebook people from her campaign said:

“Safety first. We filmed the speaking portion unloaded because of the placement of the camera person. Then we loaded and shot. She made it with her first shot. Thanks for asking about it!”

As of yet, the video is still visible on Facebook and you can watch it below. Let us know what you think about this in the comments below.