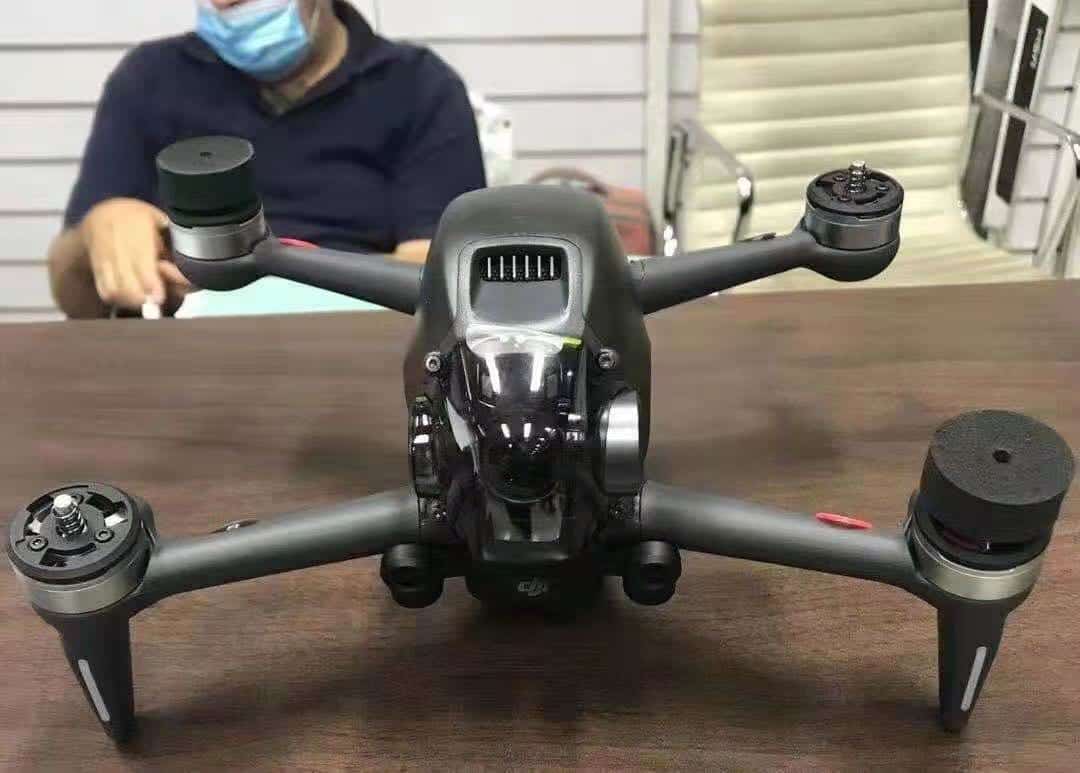 Right after posting the photo of the DJI FPV Drone remote controller, another photo leaked showing DJI’s soon-to-be-released FPV Drone. This photo shows the unmanned aircraft from the from and close-up making it appear larger than it would be in reality.

This morning, OsitaLV posted the following photo on Twitter, giving us a close-up view of the soon-to-released DJI FPV Drone. The drone appears larger than it would be in real life as it was taken with a wide-angle lens.

Looking closer at the photo we see LED lights in the two front feet of the drone, Beefy motors to provide the speed and agility you want in an fpv drone. The propellers can easily be mounted or removed through a springloaded system similar to what we know from larger DJI drones such as the DJI Mavic 2 series for instance.

We can see the sturdy legs/arms of the drone, which is important to make the aircraft crash-resistant.

Moving to the front and middle of the aircraft, we can see the DJI logo at the bottom, and two circular black plastic sensors to the left and right side. We believe these to be the forward-facing obstacle avoidance sensors on the DJI FPV Drone.

Moving a little higher, we see what seems to be a protective gimbal cover over the lens and camera of the drone. Based on earlier information, we believe that the DJI FPV Drone is mounted on a single-axis gimbal and will be able to record 4K video at 60 fps eliminating the need for a second camera.

On the top of the drone, we see an air intake to help keep the aircraft and internals cool.

The arms at the rear-end of the drone are just as beefy and strong as the ones in the front. And when you look closely you see the stickers on the arms in black and red indicating which props should be mounted on which arm.

Without having confirmed information on when this drone will hit the market, we have heard rumors that we may see it as soon as during CES 2021 which runs from January 11-14. So fingers crossed! OsitaLV indicated that he thought the DJI FPV Drone may only be released after the Chinese New Year that is celebrated on February 14, 2021. We’ll have to wait and see.

What do you think about the soon-to-be-released DJI FPV Drone? Let us know in the comments below. 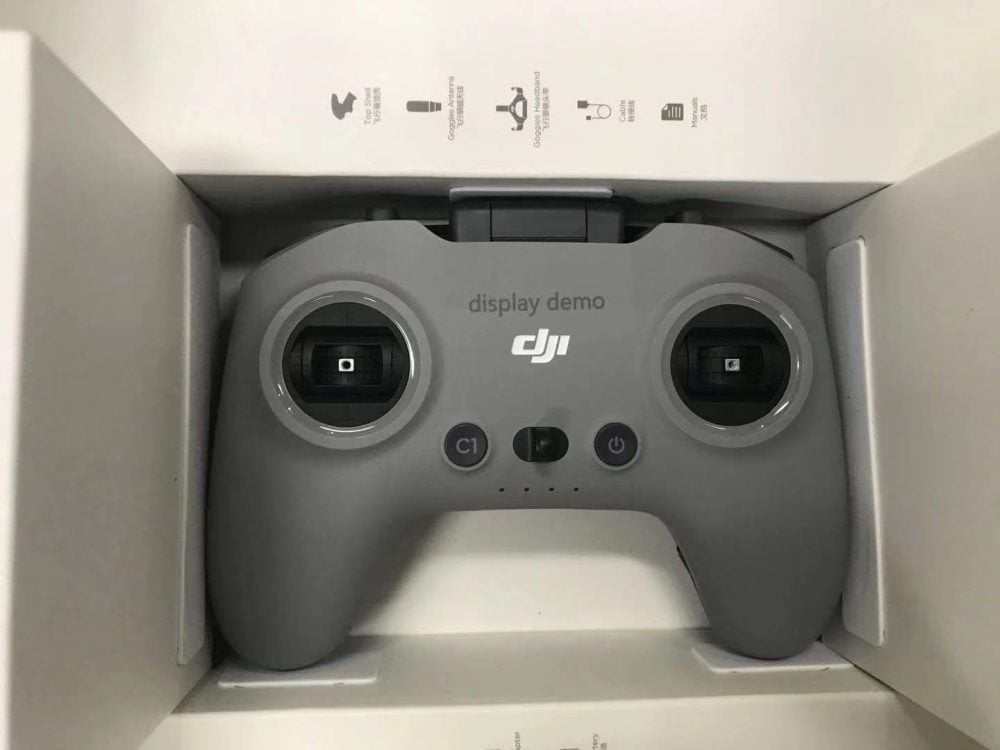