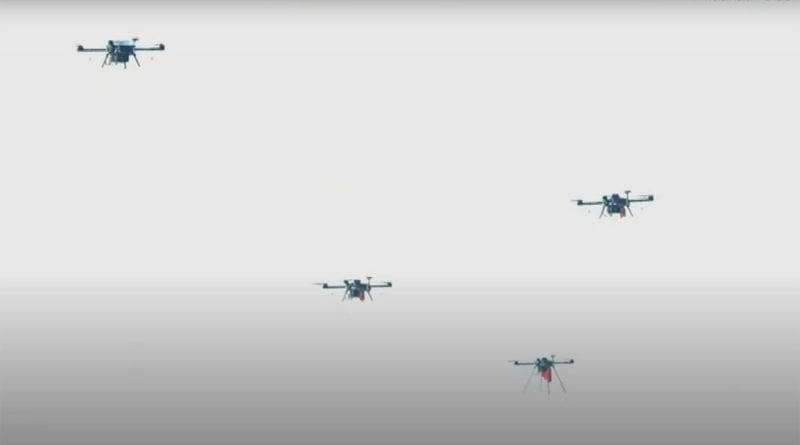 The US Department of Defense is interested in the possibility of deploying autonomously operating offensive drone swarms. This is apparent from a market consultation with the subject ‘Offensive Unmanned Aircraft Systems Swarm’. The idea is that multiple drones work together without pilot control to take out a target.

The market consultation was recently published on SAM.gov. The survey comes from the Army Rapid Capabilities and Critical Technologies Office (RCCTO), part of the United States Department of Defense. It is emphasized that this is a Request for Information (RFI), so there is no question of a purchase process yet.

The question does not hide the intentions of the army:

“The Army RCCTO seeks solutions, approaches and prototypes for a swarm of offensive unmanned aerial vehicles (UAS), a group of three or more UAS robots that perform tasks cooperatively, in a decentralized manner, while receiving limited or no control from human operator. Such a flock of UAS, also known as a “kit”, must contain reliable identification of targets and must be deployable via a joint light tactical vehicle (JLTV) or High Mobility Multi-Purpose Wheeled Vehicle (HMMWV) or trailer. mounted configuration, and will give kinetic effects on a list of targets. The desired range of the kit is 10-30km.”

The Pentagon is certainly not the first defense organization to be interested in deploying autonomously operating drones to take out targets. Several countries have already added such ‘killer drones’ to their arsenal. According to the UN, such systems have recently been used in Libya to carry out a deadly attack on a militant separatist movement.

At the same time, concerns are growing worldwide about the deployment of autonomous killer drones and offensive drone swarms by armies. According to opponents, such technology poses numerous ethical dilemmas that are insufficiently addressed by governments. That is why Human Rights Watch started the Stop Killer Robots campaign last year.