Autel announces Nano and Lite drones. We have the leaked detailed photos for you.

Shifting gears for a moment, from breaking DJI news back to Autel. Autel Robotics just officially announced the Nano and Lite drones to be launched on September 28th, 2021. Of course, we have some leaked, detailed photos for you as well.

In the email, Autel said: New products are on the way. Here’s just a taste of what’s to come. Possibly hinting at the leaked Autel EVO III. 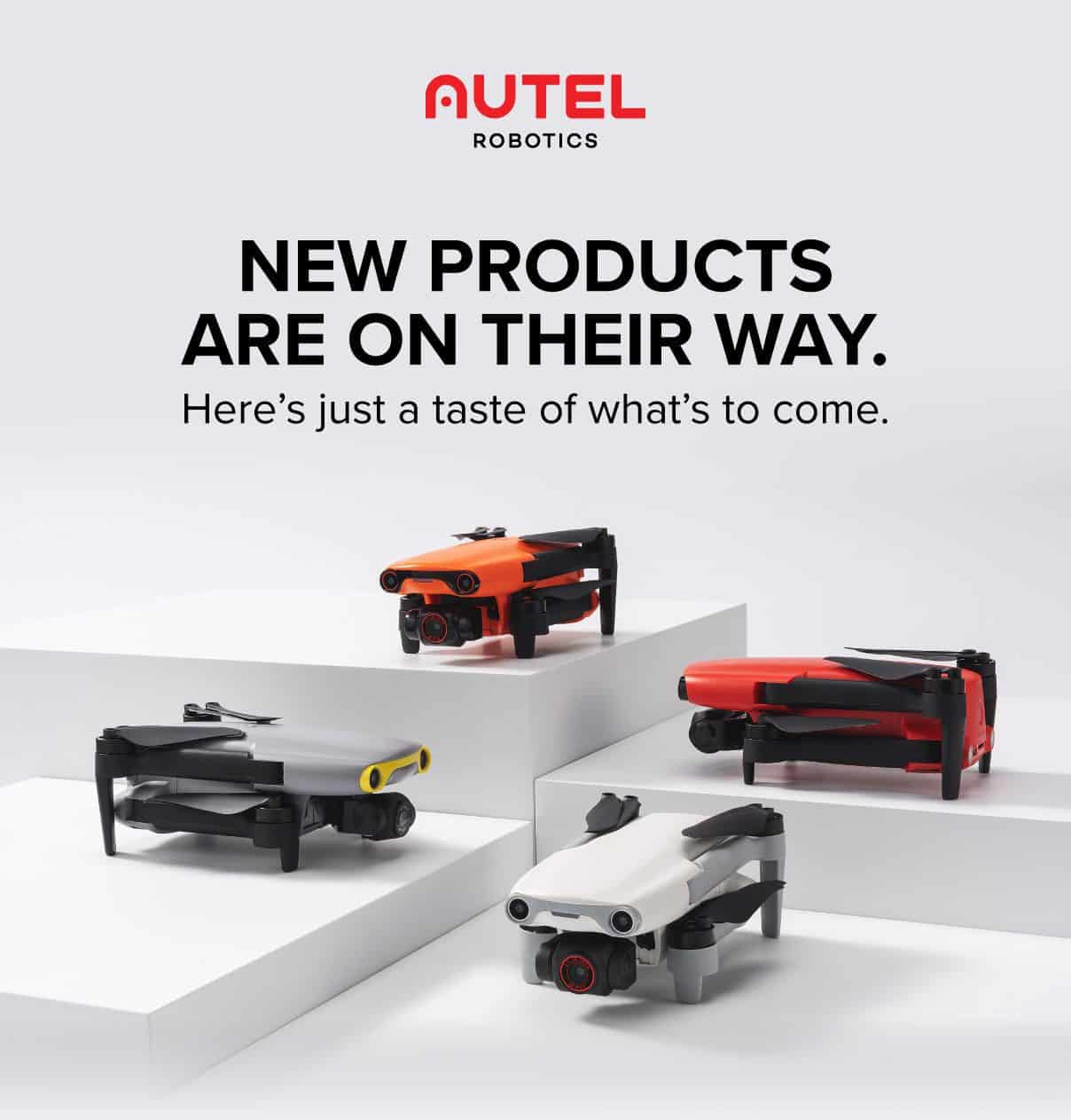 The auto Nano is an Autel Robotics lightweight, mini drone weighing less than 250 grams, has an image transmission range of 6.2 miles. The mini-drone has a battery life of up to 30 minutes and comes with two different image sensor sizes: 1/2″ or 1/1.28″ depending on which model you chose. 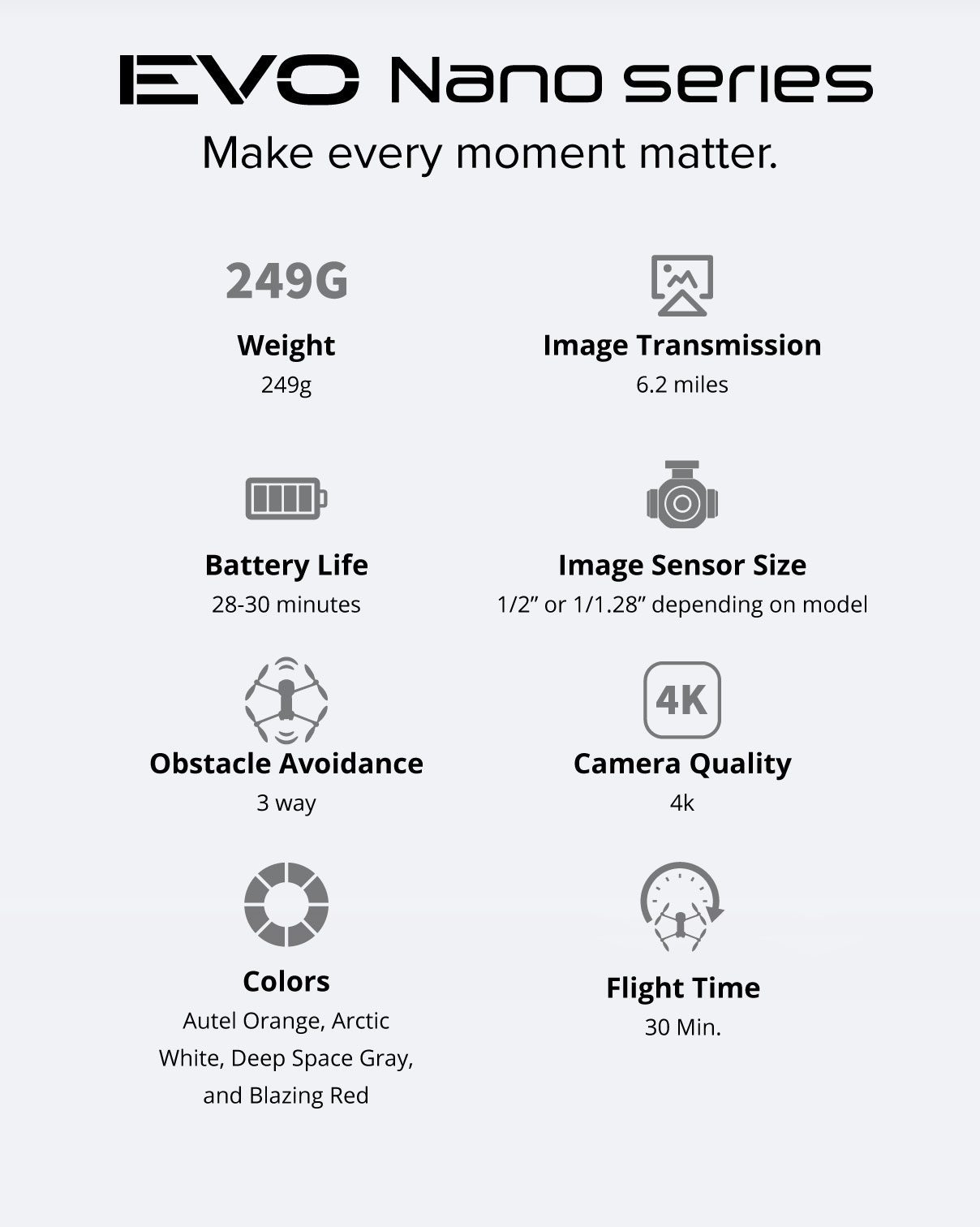 Secondly, we have the Autel Lite drones. This drone that is meant to compete with the DJI Air 2S comes in three different colors: Autel Orange, Arctic White and Deep Space Grey.

The Autel Lite drone weighs 820 grams, offers image transmission over 6.2 miles, has a battery life of 40 minutes but only a flight time of 30 minutes, and has a 1/1.28″ or 1″ image sensor size depending on the model you chose. This drone too shoots video in 4K and has three-way obstacle avoidance. 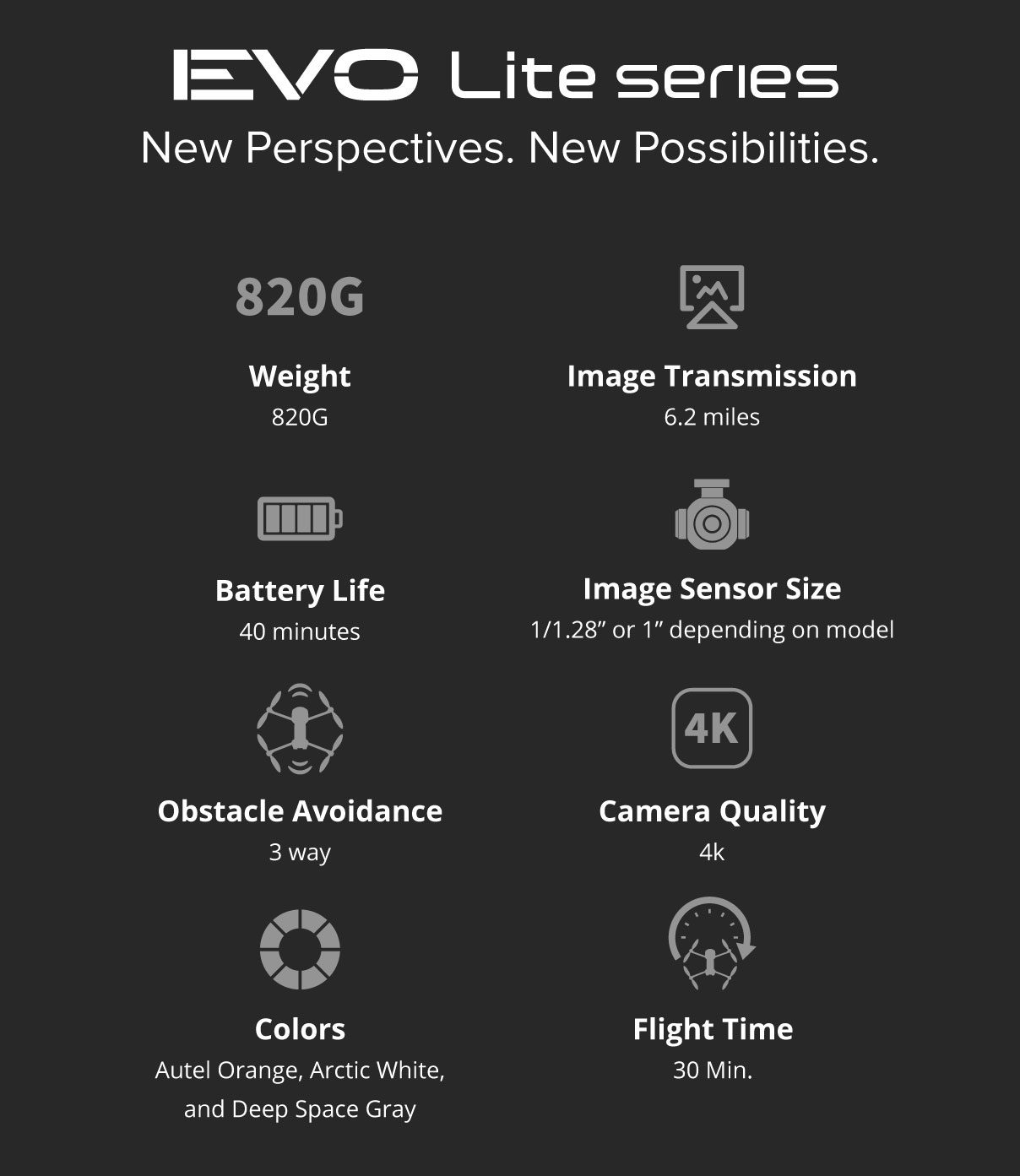 Of course, we have some leaked photos as well from Jasper Ellens, that show the new Autel Nano and Lite drones in more detail and from different angles. One thing that stands out is the contrasting colors around the forward-facing obstacle avoidance sensors on the Autel Nano. It reminds me of the Aston Martin race car look.

The Autel Nano in a leaked photo. 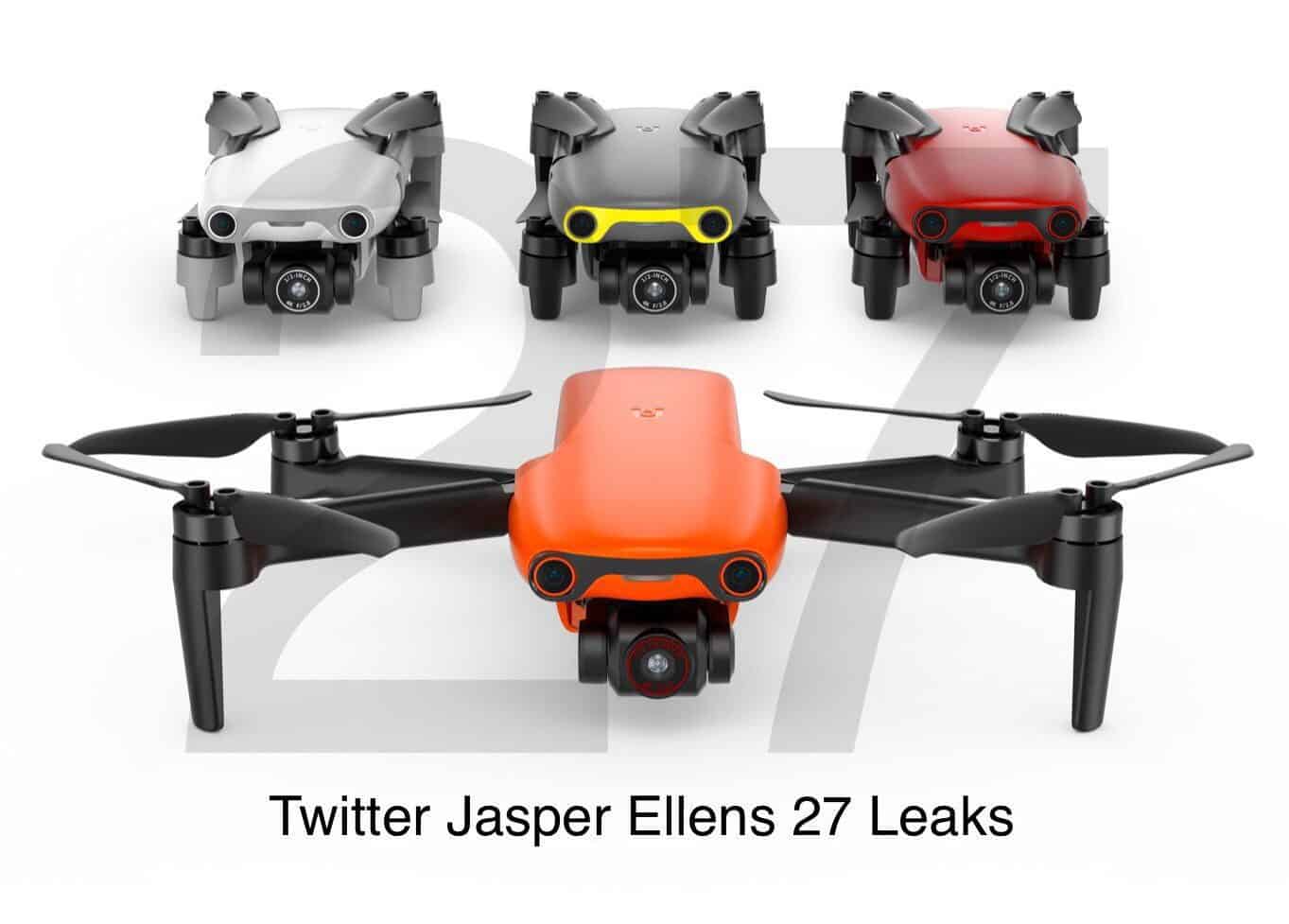 The Autel Lite drone in a leaked photo. 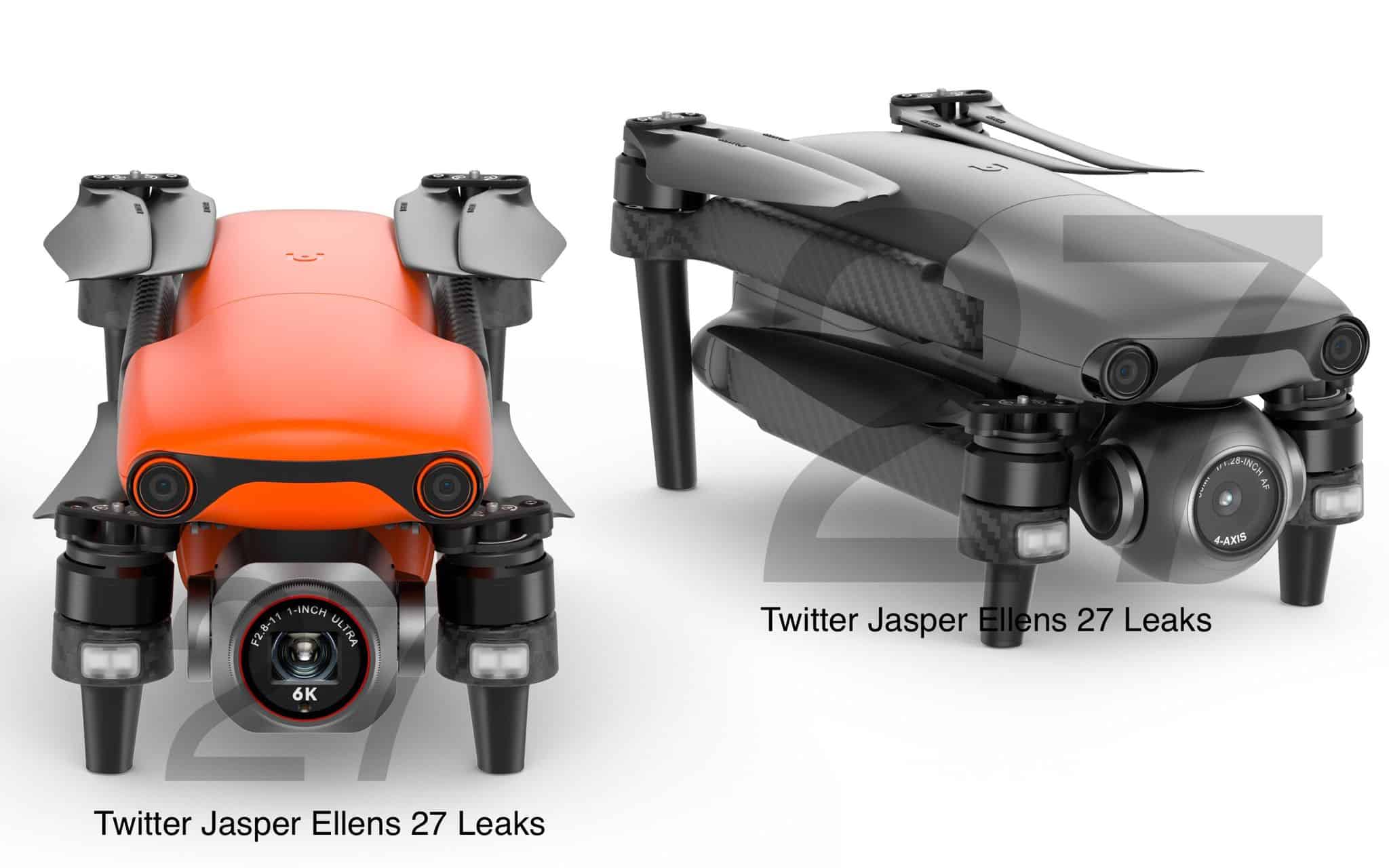