Just now DJI confirmed the release date of the Mavic 3 and two other products in a tweet. “Good Things Come in Threes,” the world’s largest drone maker says.

This morning, DJI tweeted the release date of the DJI Mavic 3, the DJI Action 2, and a filmmaking device.

The photo that announces the release date of the Mavic 3, Action 2, and the film recording device, is tastefully done by DJI. On a black background, we see the DJI logo at the top followed by the sentence, “Good Things Come in Threes.” Underneath which we see a red record button and the date October 20th. Below that we see what seems to be the base connector of the DJI Action 2 and the date October 27th. And below that we see the Mavic 3 battery with four green LEDs, the on/of button, and the date of November 5th. 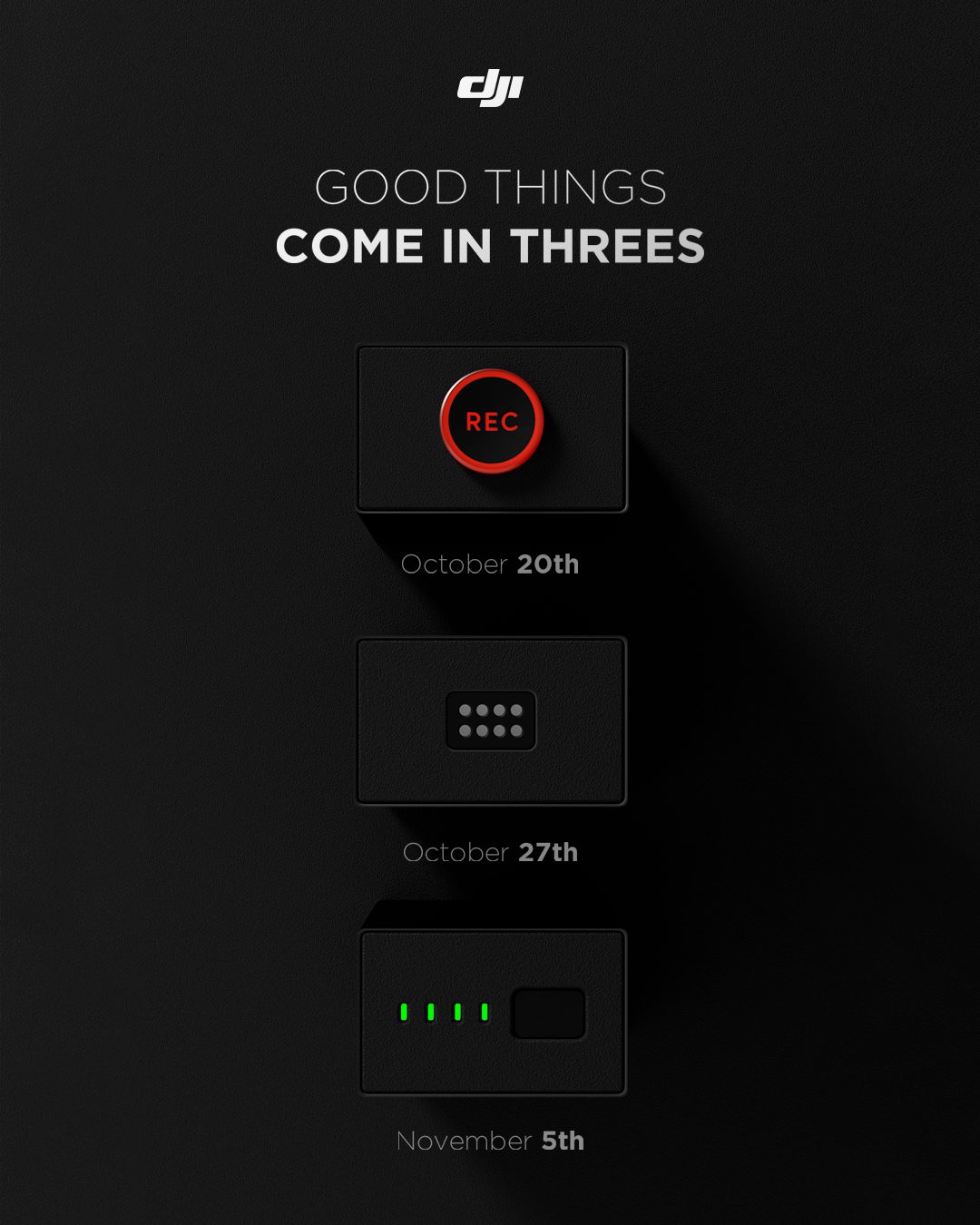 What do you think about the announcement from DJI? Are you excited to see the DJI Mavic 3 release date finally, and officially confirmed by DJI? Let us know your thoughts in the comments below.