New leaked photos show that the DJI Mavic 3 comes in a new darker gray color. It also seems that the drone has a more aerodynamic, trimmed body with thinner legs and bigger props. Let’s take a closer look.

This morning Jasper Ellens shared new photos of the DJI Mavic three on Twitter. The first photo shows the new DJI drone bottom and you can clearly see the sensors, heat sink, larger propellers with orange tips, as well as the new camera and gimbal set up.

You can already see in this photo that the legs are thinner, but it is even obvious when you take a look at the second photo where we see the drone from the front and top-down. The DJI Mavic 3 looks more trimmed, aerodynamic, and more purposeful than its predecessor. You can also see the air intake on the top/front of the unmanned aircraft.

In the third picture, it seems that whoever took these photos is comparing the color of an older model DJI drone to the new DJI Mavic 3. It’s striking to see how much darker the new DJI drone is. I like the darker gray, although it. might not help with being able to see the drone in the sky at a distance.

It seems that the leaked photos of the DJI Mavic 3 have been taken at a reseller’s location based on the boxes in the background.

In a tweet, DJI announced the arrival of three new products, the DJI Ronin 4D that was launched yesterday, the DJI Action 2 that will be launched on October 27th, and the DJI Mavic 3 that is expected to be launched on November 5th. A recent FCC filing seems to confirm that as well. 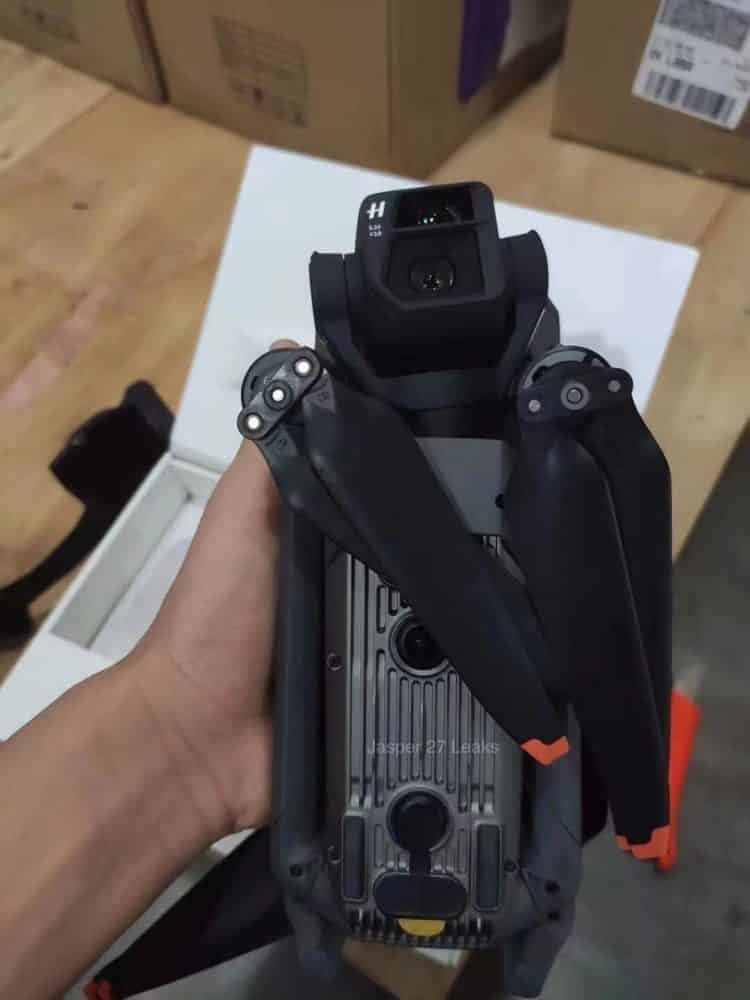 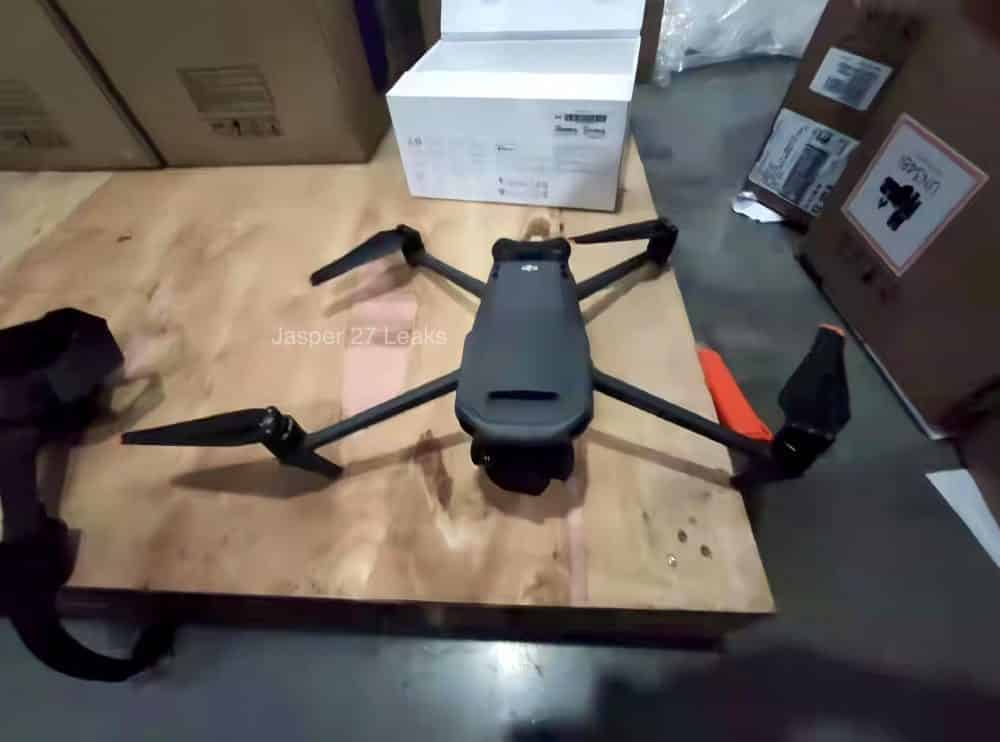 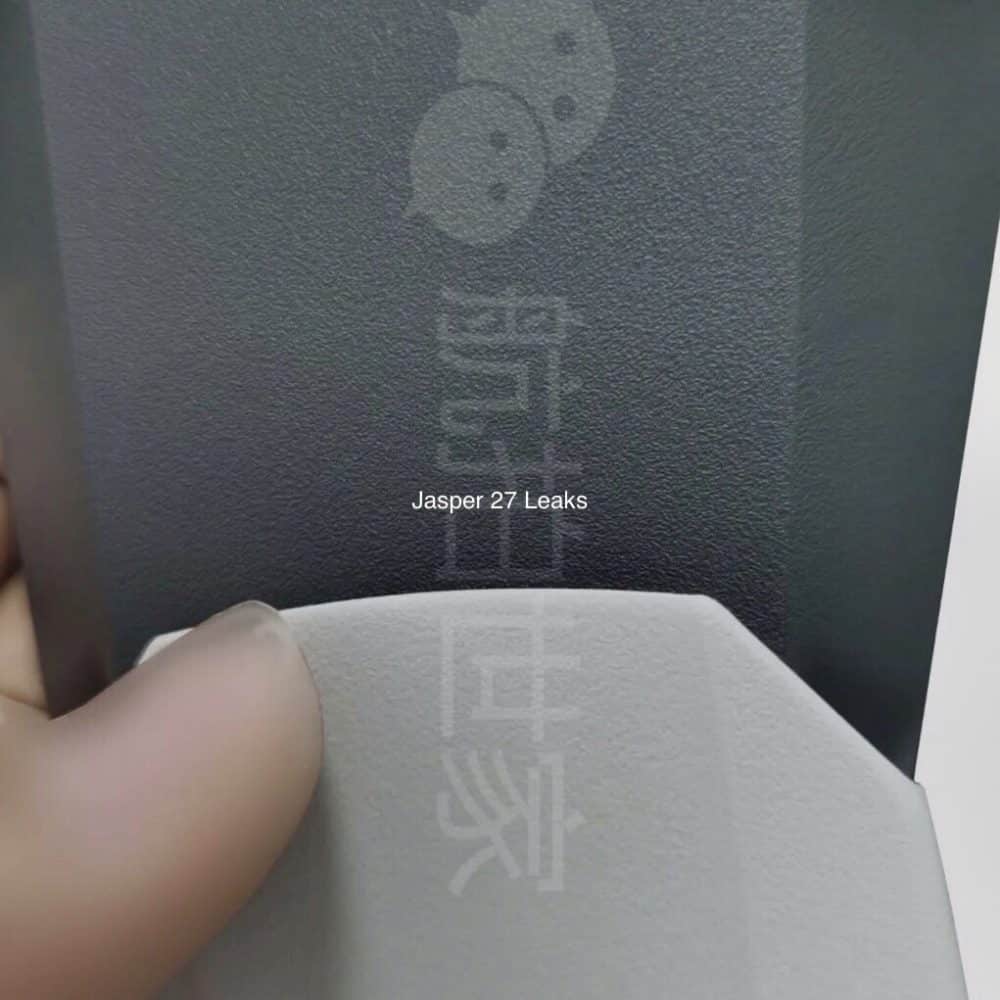 Good morning. New pictures from China. Is it me or does the #Mavic3 looks a shade #darker then other drones? And look at those propellers. They are #huge.@DroneXL1 @techdronemedia @konrad_it @geeksvana pic.twitter.com/vBDKDlcn35