Minutes ago, the DJI Mavic 3 FCC filings have been made public online. If there was one last thing we were waiting for the get the imminent release of the long-awaited DJI Mavic 3 confirmed, it is the FCC filings.

The FCC filings of the DJI Mavic 3 confirm that the new DJI drone is indeed on its way. The exact FCC filing information for the DJI M3, the DJI M3 Fly More Combo, and the DJI M3 Cine Premium Combo is FCC ID SS3-L2P2104.

In the FCC filing there are two drone models mentioned:

Antoine Tissier spotted in the FCC filing that only the DJI Mavic 3 Cine was tested. The FCC filings read:

Only the model L2P was tested, since according to the declaration from the applicant, the electrical circuit design, layout, components used, internal wiring and functions were identical for the above models, the difference between the L2P and L2A is that the memory is different. L2P has one more SSD than L2A.

There is a separate FCC filing for the DJI RC Pro that is part of the DJI Mavic 3 Cine Premium Combo.

The actual label is shown in the FCC filings. The label shows the DJI logo and the text DJI Mavic 3. The DJI drone is powered by a 15.4V, 5000mAH, 77Wh battery 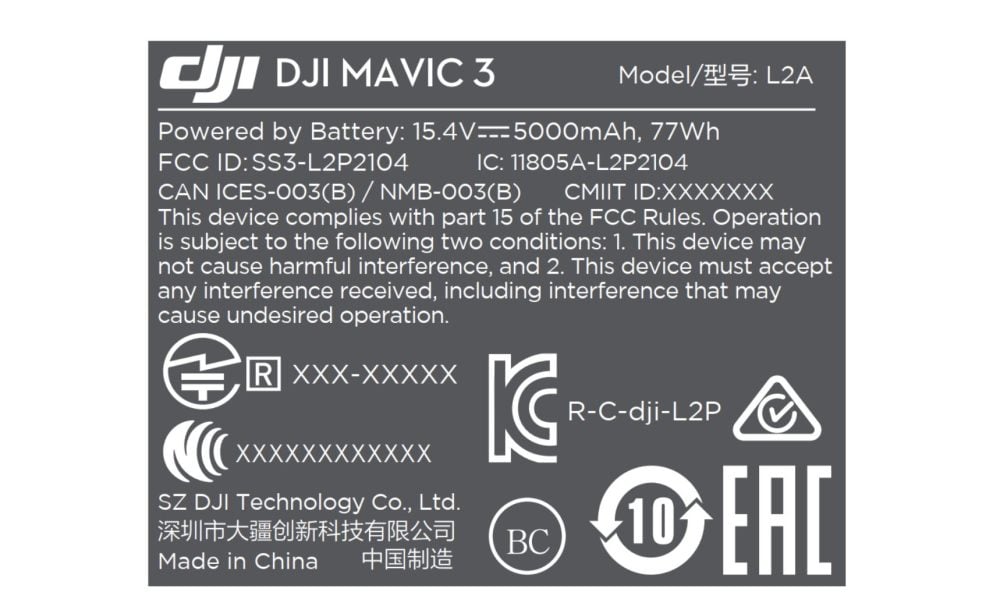 Only three days ago, did DJI announce in a tweet that three new products would be released shortly. 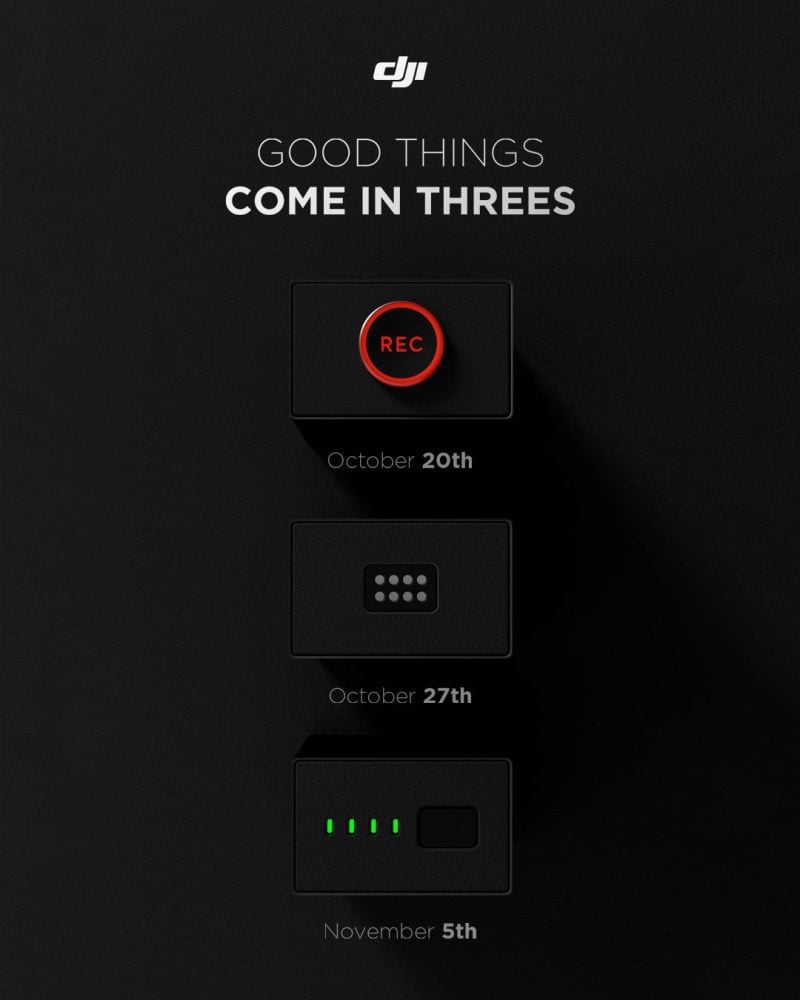 With the DJI Mavic 3 confirmed in the filings, the waiting is now for Best Buy to accidentally stock the new DJI drone in one of their stores and sell it, as they did with the DJI Mini 2. That would complete the series of leaks. Let us know if you see or hear anything! 😉

As far as pricing is concerned for the DJI Mavic 3 we expect the following as we explained here:

What do you think about the FCC filings for the DJI Mavic 3? Was about time, right? Let us know your reaction in the comments below.