Red Notice actions scenes were filmed with an FPV drone

Do you have a Netflix account? The film Red Notice, for example, just aired on the streaming service. It’s worth noting that several of the film’s spectacular action moments were filmed using an FPV drone and a prototype of the new RED Komodo 6K. Johnny Schaer, also known as Johnny FPV, operated the drone. Working on the film was a dream come true for him.

Red Notice actions scenes were filmed with an FPV drone

It should come as no surprise that drone shots are prevalent in today’s television and film productions. The advancement of FPV drones in Hollywood projects, on the other hand, is new. That’s because of the cinelifter phenomenon: large drones with the strength to carry high-end cameras like the RED Komodo 6K.

This combination yields pictures that are almost hard to get with standard camera setups. As a result, action film directors are very interested in the phenomena of FPV drone footage. Red Notice, the latest Netflix film, is the first big Hollywood production to fully use FPV. 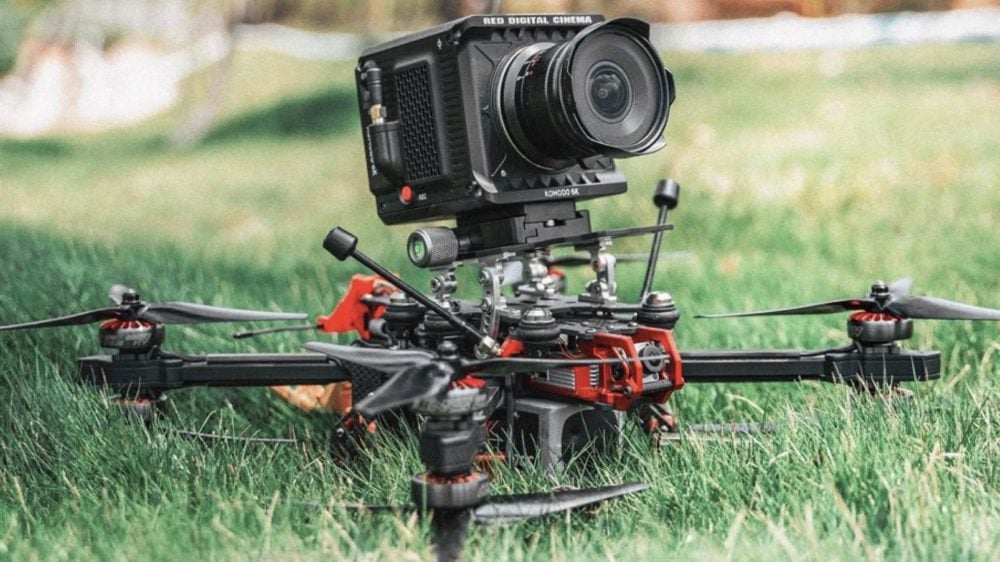 The RED Komodo mounted on a cinelifter. Courtesy of Johnny FPV.

Johnny Schaer, alias Johnny FPV, was tasked with taking the photos. He created a precision-controllable FPV system using one of the early prototypes of the RED Komodo, allowing him to shoot complicated scenes for the blockbuster production.

In Schaer’s words: “This is seriously a dream come true, a dream many years in the making. My first feature film! (and the first-ever use of FPV in a feature film?!). Huge thanks to director Rawson Marshall Thurber and director of photography Markus Förderer, ASC BVK. These two had the vision to try out the new and mysterious tool of FPV flying for their movie… Risk Takers. legends. What an epic adventure!”

All of the scenes captured with the FPV drone are shown below: