Can you use the Mavic Air 2 for commercial drone operations?

The DJI Mavic Air 2 offers many features that drone pilots appreciate. However, will this small drone provide the necessary features for commercial drone operations? Let’s take a closer look.

On April 27th, DJI released the all-new DJI Mavic Air 2, further expanding the Mavic product line. And, while we are excited about the Mavic Air 2, for it’s price, the new remote, Ocusync 2.0, and the other new features such as DJI’s AirSense Technology (ADS-B In). Commercial drone pilots typically face more liability and complexity than recreational users when it comes to real-world drone operations. Commercial operators push their drones into closer proximity to subjects and structures for inspections, mapping and many other deliverables. Oftentimes, they are manually tracking their subjects while flying near to them. Or they fly their unmanned aircraft close to things like power lines for inspections. Almost always, the risk involved is significantly higher for commercial operators. So, it begs the question… 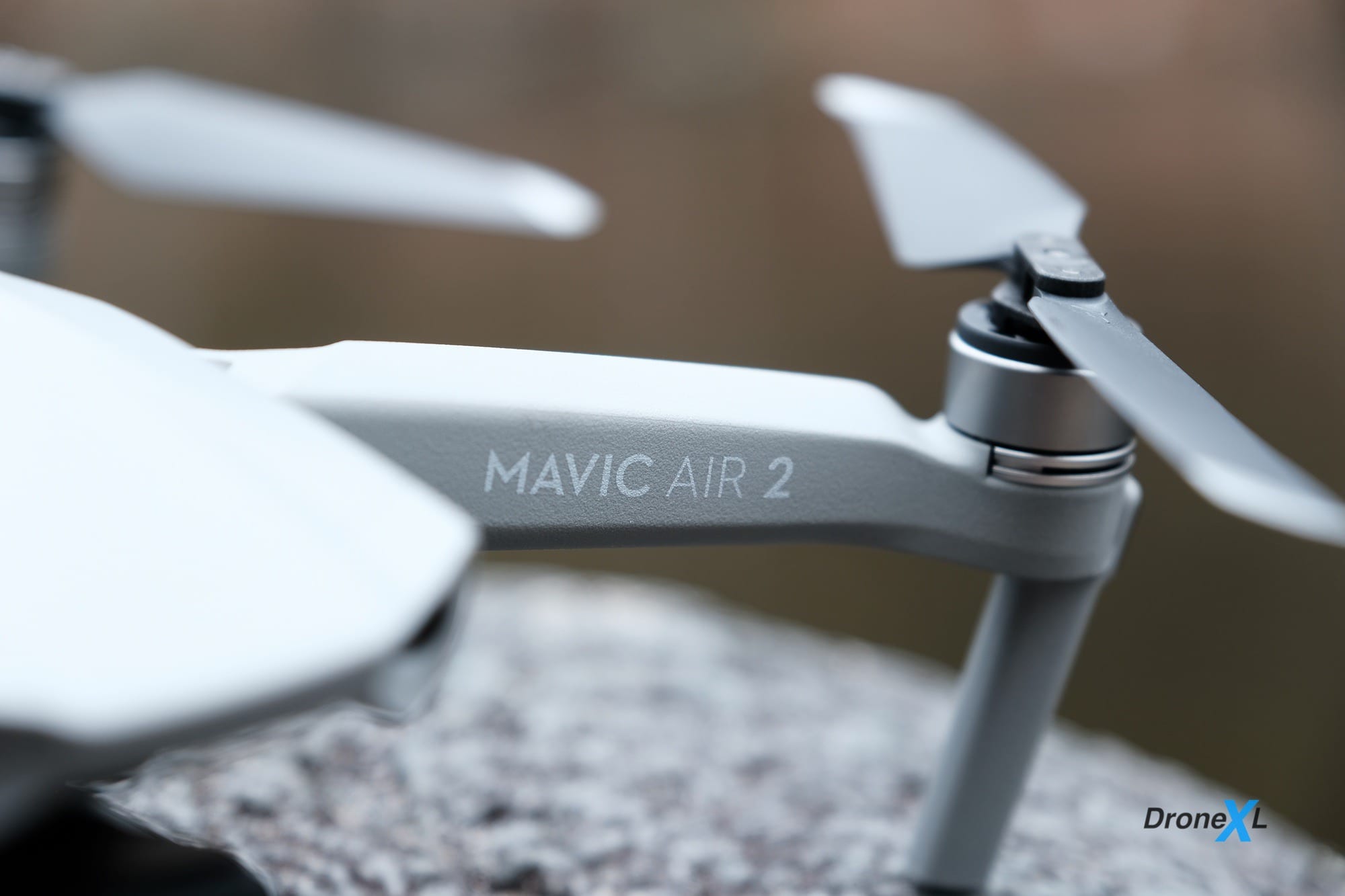 Can you use the Mavic Air 2 for commercial drone operations?

Does this drone offer the necessary redundancy in safety features to be a commercially viable unmanned aircraft? Unfortunately, the evidence suggests otherwise. There are four main reasons why the otherwise impressive Mavic Air 2 falls short and why it may not be a suitable drone to build your commercial drone business around.

Last year, I felt like we were finally making progress on this whole ‘drones need a sensor-negative-flight-mode’ to provide the ultimate safe flight. Attitude mode is not only great for truly controlling the drone and understanding how to master flight… It is also a requirement for safety. When DJI put the attitude mode on the Mavic 2 Enterprise series last year, I was excited. I thought that maybe DJI finally saw the value of the attitude mode. But then I realized, after DJI launched their UTC training program, that they included drone flight exercises that require attitude mode while providing their students with unmanned aircraft that are unable to fly in that GPS denied flight mode. That morning I started to believe that DJI was coming to their senses and understood why attitude mode was so valuable for drone pilots. Think about it, whether to stop a fly away, inhibit liability, or simply have ultimate control….you need attitude mode. DJI now understands the power of this flight control mode. So why don’t we see it in the new Mavic Air 2?

If you’re a Drone U student you know that we preach redundancy because you’re only as good as your backup’s backup. And you’re only as good as your ability to transition on the fly. So, why don’t we see redundancy on the Mavic Air 2? What do I mean by redundancy? Well, notice how many compasses you have a Mavic 2 Pro or a Phantom 4 Pro? Or, look at how many IMU’s we have available? The IMU is the inertial measurement unit that tells your aircraft how much it’s pitching, rolling, yawing, or elevating. (or climbing..bill) The Mavic Air 2 with only one IMU and one compass is not feasible in case of an emergency. In high-risk environments, a commercial pilot needs to have multiple forms of redundancy available to operate safely and deliver a successful mission.

3. The camera sensor isn’t made for commercial deliverables.

Can we map with this cool little drone? Unfortunately, due to the linear rolling shutter of the sensor, we cannot accurately and practically map with this drone. I mean, technically, you could use it for a mapping mission. But anyone running a serious business would never use a drone with a camera that has a linear-rolling-shutter for mapping operations. It would take way too long and not allow you to run your business effectively and efficiently. Let alone…profitably. 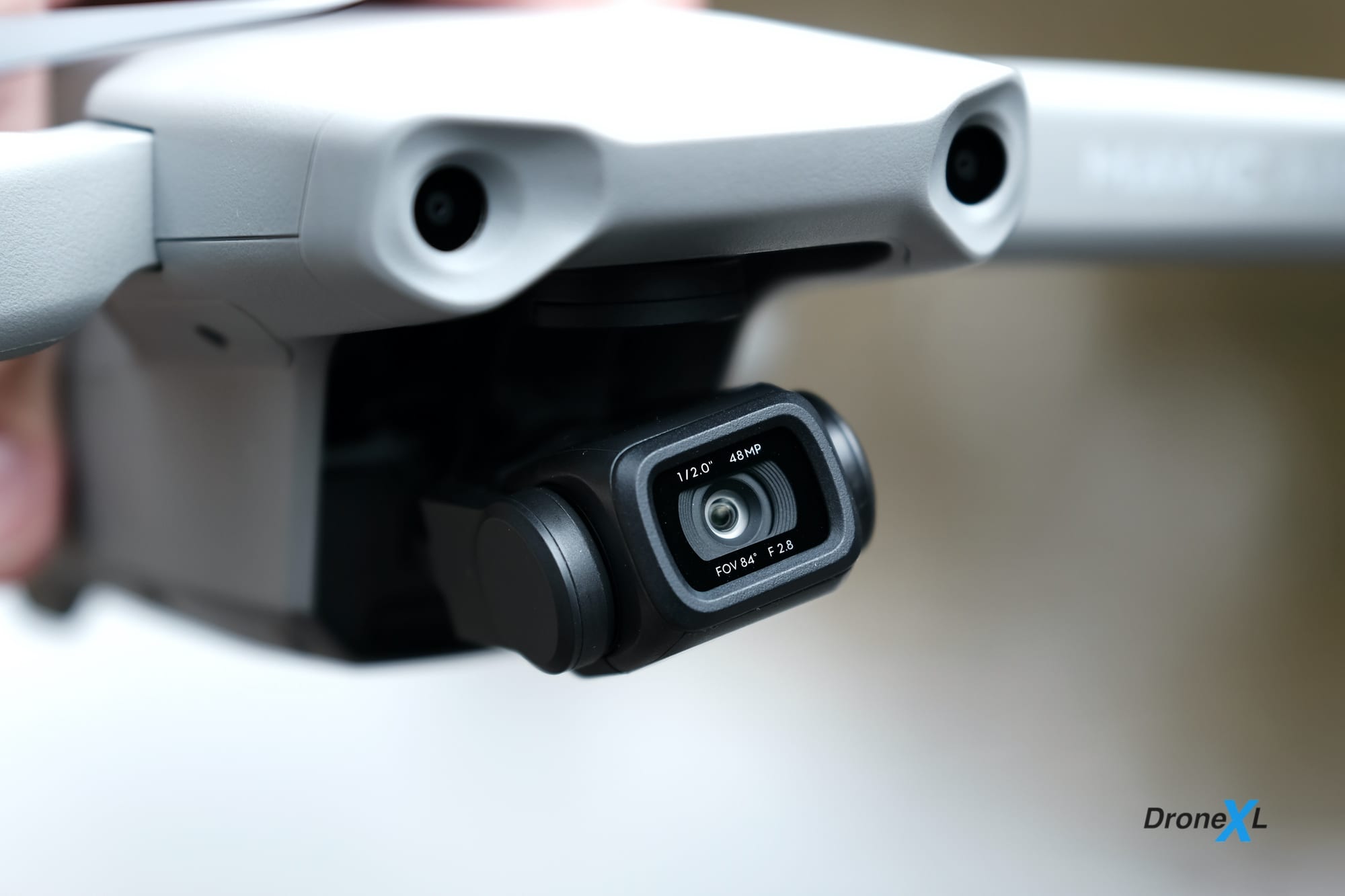 4. Videography with the Mavic Air 2

Is this drone good for videographers, since it provides 4k @ 60fps video recording? The Mavic Air 2 has some pretty cool camera features if you ask me! 4k @ 60fps. Well, that’s awesome alright? What about 120 Mbps? Or, excuse me, about its ability to shoot 1080 at even 240fps?

While these are enticing camera features, I still have a lot of doubts about their feasibility for commercial drone operations, due to the complex nature of this particular sensor. It uses pixel doubling, just like the EVO II, to get its 12MP sensor to deliver 48MP stills. This particular camera sensor underperforms in low light or difficult lighting conditions.

This is an issue whenever you’re shooting slow-mo, as your shutter speed has to be at least twice the frame rate. Typically on a bright sunny day, it’s going to be potentially ten times the frame rate when shooting slow-mo. So, if your shutter speeds are limited to the low end of this camera sensor, how good is our slow-mo footage going to be? If the footage would look like it had LED lights flickering in the background? This is why we don’t want to use this particular aircraft well for videography. If you’ve ever been on set in the film industry, then you know, there’s one specific aspect ratio your drone needs to have. Mavic Air 2 left us hanging…

In conclusion: The DJI Mavic Air 2 is not a great drone for commercial drone operations

So, ladies and gentlemen, 4 out of 4 points suggest that the Mavic Air 2 may not be a commercially viable drone.

After thinking deeply about whether the overall drone community would purchase this drone in the wake of the coronavirus, I reached out to our community of two thousand pilots and sent them a poll. The poll asked them if they’d consider buying this drone for commercial purposes or recreational purposes. An overwhelming majority, 92% (see below), said that they would not buy the Mavic Air 2 for business OR recreational reasons.

Even though, this drone may not be commercially viable. I typically pick up most new DJI drones anyway, as there’s always something fun and new to learn. However, I might skip this one as I do not see anything valuable and new that I can’t already get on one of my other aircraft. It makes you wonder if the timing of this launch is just bad-news-bears all around.

Tell us what you think in the comments below

Paul Aitken from The Drone U

In this latest episode of our PIXL Drone Show, we talk to John McLean, the Owner of the New York Drone Survey about how he got started, new technology, the benefits of sUAS, LIDAR, photogrammetry, and regulations. Be...

3D models from drones were used during a recent study that concluded that Europe’s southernmost glaciers will probably be reduced to ice patches in the next twenty years owing to climate change. The loss of ice...

DJI is anticipated to unveil the Mavic 3 later this autumn. According to Jasper Ellens’ leaked specs, the Mavic 3 camera will feature both a mechanical and an electronic shutter. Hat tip to Mr. D. for the heads up...