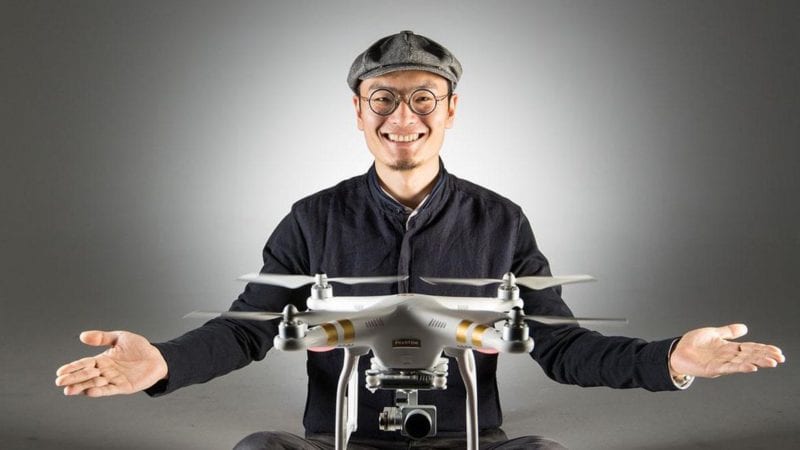 SZ DJI Technology Co., Ltd., better known under its trade name DJI was founded by Frank Wang (Wāng Tāo) in 2006. Wang and Colin Guinn started DJI North America in 2011, but their partnership ended in a dispute that ultimately was settled out of court in 2013. In that same year, The company launched the first Phantom drone, which was a global success. By 2015, the year that the Phantom 3 was launched, Wang’s company became the largest consumer drone company in the world.

Foldable drones like the Mavic series are the future

The drone manufacturer made another breakthrough with the launch of the Mavic Pro foldable drone in September 2016. As the Phantom series seems to have ended with the Phantom 4, the Mavic line of drones has expanded beyond the original Mavic Pro with the Mavic Air, Mavic 2 Pro, and Zoom, Mavic Mini, and recently launched Mavic Air 2, and the Mini 2.

The Chinese drone maker also branched out into other products such as the Ronin gimbals, Goggles, Osmo products, Robomaster, and an FPV System. Over the last few years, the company has put significant effort into developing the enterprise drone market. The company has offered drones such as the Inspire 1 and 2, as well as the Matrice 200/210, and the recently launched Matrice 300 to commercial and enterprise customers.

Since 2017, DJI has been under increasing pressure from various parts of the U.S. Government. The drone maker is accused of collecting sensitive data with their drones and sending it back to mainland, China. These data security concerns have steadily increased since then and seem to be part of a larger anti-China political agenda that also impacted companies like Huawei and TikTok. DJI has always denied that any information is sent back to their head offices without approval from drone pilots and has gone to significant length to prove as much. More recently, the company seems to be suffering from a cultural clash between the head offices in China and regional offices in North America and Europe. You can read more about this in DroneXL’s ‘DJI’s Game of Drones‘ article.