Professional diver and Youtuber Benjamminoutdoors retrieves a DJI Mavic 2 Pro drone from the bottom of a lake north of Tampa, Florida. The owner had called him after she had accidentally downed her drone in the water.

Update from Benjamminoutdoors: “No she did it for the warranty, they replaced it.”

Benjamminoutdoors came to the rescue, put on his diving gear and after he and the owner went out on the lake, he jumped right in.

Finding a drone at the bottom of a lake is no easy feat as you can see in the video. The water is cold, dark, and murky. To make sure he would not get lost and at the same time systematically search the lake bed, he used a cave diving reel and a dirt anchor. 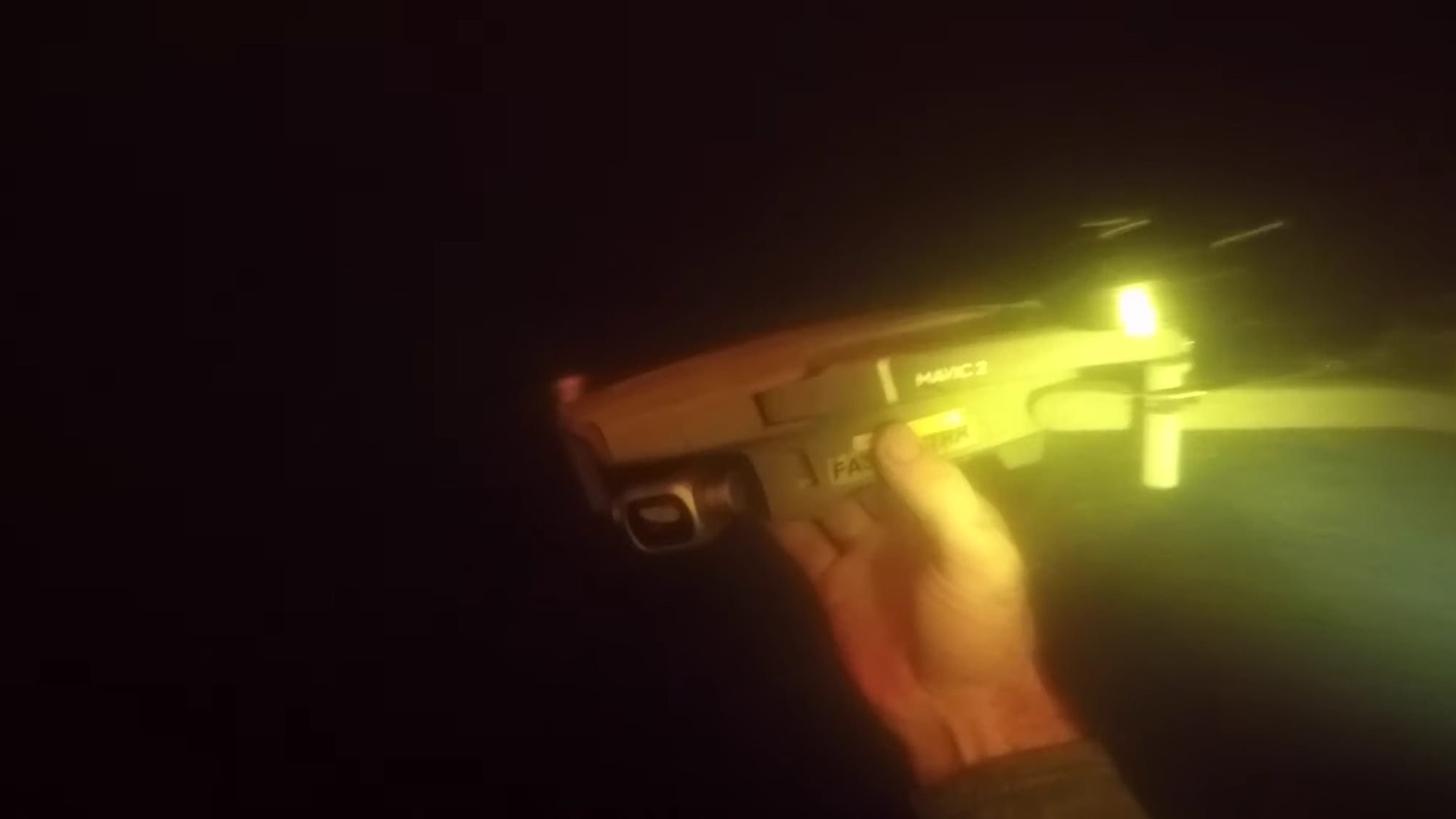 The diver then swam in ever-larger circles around the anchor until he found the drone. The owner had captured the coordinates of where the drone went in the drink, so they had a pretty good idea of where to search. After a few minutes, he found the DJI Mavic 2 Pro.

Benjamminoutdoors said this about the search and rescue operation:

I received a call from a Woman saying she lost her drone in a lake and she has the coordinates of where the drone crashed in the water, so I took a drive up to north of tampa after work to find and and low and behold it was where she said it was!

Depending on how long the drone has been in the water, one might be able to bring it back alive. The battery is almost certainly gone, but with a bit of luck, you might be able to save the drone. Any photos that remained on the memory card should likely be ok.

Have you ever lost a drone in a lake, river, or ocean? Were you able to bring the drone back alive or was it gone forever? Share your search and rescue stories in the comments below.