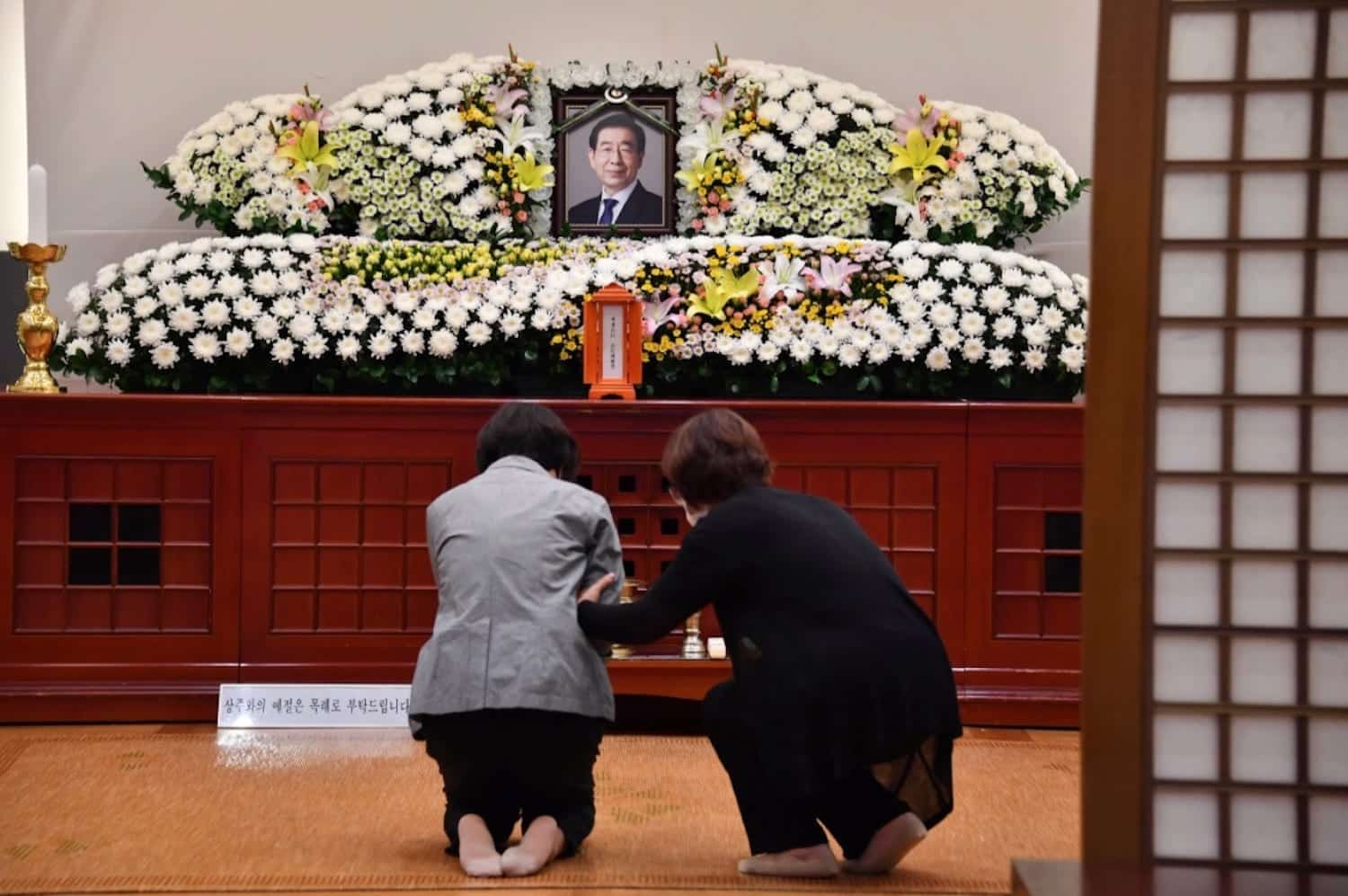 Several neighborhoods in Seoul were searched for Mayor Park Won-soon by more than 770 police and fire department officers, aided by nine dogs, and six thermal drones.

On Wednesday Mayor Park Won-soon of Seoul spoke passionately about his vision to create jobs, fight climate change in a post-pandemic world and make the city a safer place for women, reported the NY Times. However that same day one of his secretaries reported the Mayor to the police accusing him of sexual harassment.

On Thursday, Mr. Park has canceled his entire schedule and called in sick. A suicide-like note was found in which Mr. Park had said goodbye to everyone.

“I’m sorry to everyone, and I thank everyone who has been with me in my life,” Mr. Park wrote. “I remain always sorry to my family, to whom I’ve only brought pain. Goodbye, everyone.”

Later in the day, Mr. Park’s body was found on a wooded hill in Northern Seoul.

In the search for Mr. Park, more than 770 police and fire department officers participated, aided by nine dogs and six thermal drones. He was found one minute after midnight.

Oftentimes when drones are used during rescue or recovery missions, the unmanned aircraft are outfitted with thermal cameras to help find humans more effectively.

An urban test center for drone applications will be created in the center of Amsterdam, The Netherlands, said Sharon Dijksma of Traffic and Transport during the opening of the Amsterdam Drone Week 2020, which will be held completely virtually this year. The goal is to gain more experience flying drones above the urban environment.

END_OF_DOCUMENT_TOKEN_TO_BE_REPLACED

Over the next few years, TU Delft researcher Coen de Visser will be working on a system that should give autonomous robots and drones a certain degree of “physical self-awareness.” The idea is that robots gain insight into their physical limitations, even in the event of a malfunction. This should result in autonomously operating robots and drones being able to rescue themselves from an emergency situation independently in the future.

END_OF_DOCUMENT_TOKEN_TO_BE_REPLACED

As a drone drug drop that took place at the Barwon Prison in Australia in October is still under investigation, another contraband delivery by unmanned aircraft happened at Melbourne’s Port Phillip Prison.