In New York, a thermal drone quickly located a man in need in the Oswego River. The 21-year-old man was rescued by city fire and police departments in the early morning hours.

Around 3:30 am on Sunday, Oswego Fire Department members were called to an area near Lock 8 on the east side of the river after a passerby had spotted the man in the water. Deputy Fire Chief Paul Conzone said that the individual was seen in “cold and fast-moving water.,” reports Oswego County News Now.

Within minutes, the thermal drone was launched in the air in a joint effort of the Oswego Fire and Police Departments.

“We tackle these situations together,” Conzone said.

An Oswego Police Department pilot using the thermal drone began searching the waters in the dark, while the Oswego County firefighters prepared their rescue watercraft.

The young man was spotted south of the Utica Street Bridge and was “unable to extricate himself” from the 52-degree water, said Conzone.

“The victim was quickly located, and we went and grabbed him,” Conzone said. “The outcome could have been much worse.”

The entire rescue operation was successfully executed within 15 minutes and the unmanned aircraft proved invaluable.

The man was transferred to an awaiting ambulance and was “expected to make a full recovery,” according to officials. It remains unclear how he got into the water. 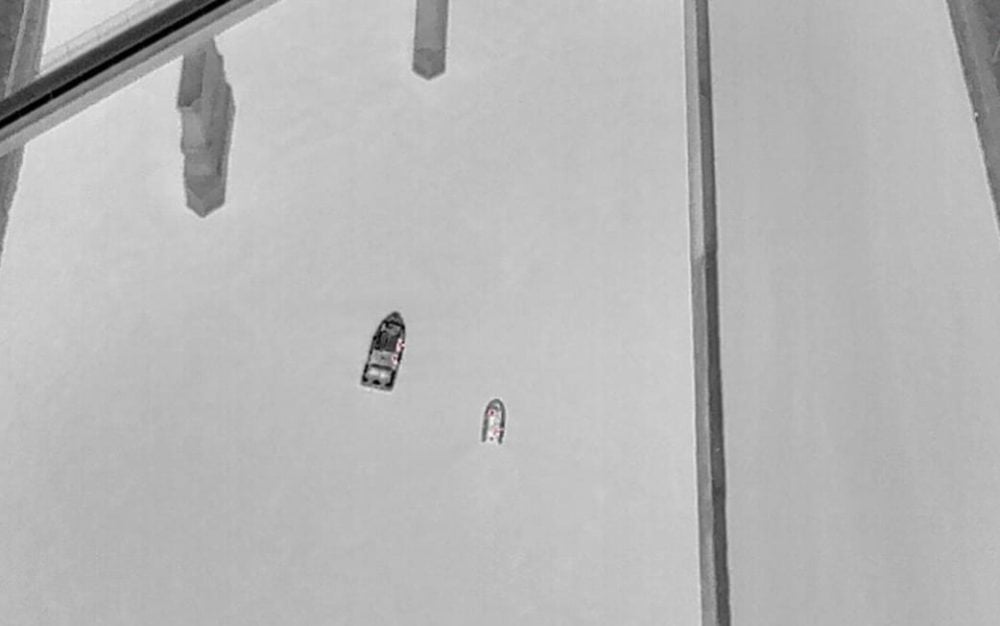 The Oswego Fire Department provided the thermal image of the Oswego River at around 3:45 am on Sunday, May 2nd, 2021. At the top of the photo, the Utica Street railroad/pedestrian walkway is shown. Two watercraft are visible.