Drone falls out of the sky onto a police car in Houston, TX

Drone falls out of the sky onto a police car in Houston, TX

Police officers said that they were on the scene of a deadly crash when the drone incident happened around 7:46 p.m., reports Click2Houston.

In the first crash, according to the police, a motorcyclist was killed after he crashed with an automobile on MLK Boulevard and Rapido Road. The driver of the car was released from the scene.

Police officials said that the detectives were working to determine who was at fault when a drone fell out of the sky and damaged a police car. According to the officials, nobody was hurt and the drone was not involved in the first crash.

In this video footage, you can see the DJI Phantom drone upside down on the pavement as well as a DJI battery lying in the grass. Interestingly a few moments on in the video, you see somebody taking a photo of what seems to be a DJI Phantom remote controller, indicating that the drone pilot must have been nearby.

One possibility might be that this drone incident involves a police drone that was used to document the scene of the first accident. However, this is not confirmed in the news report. 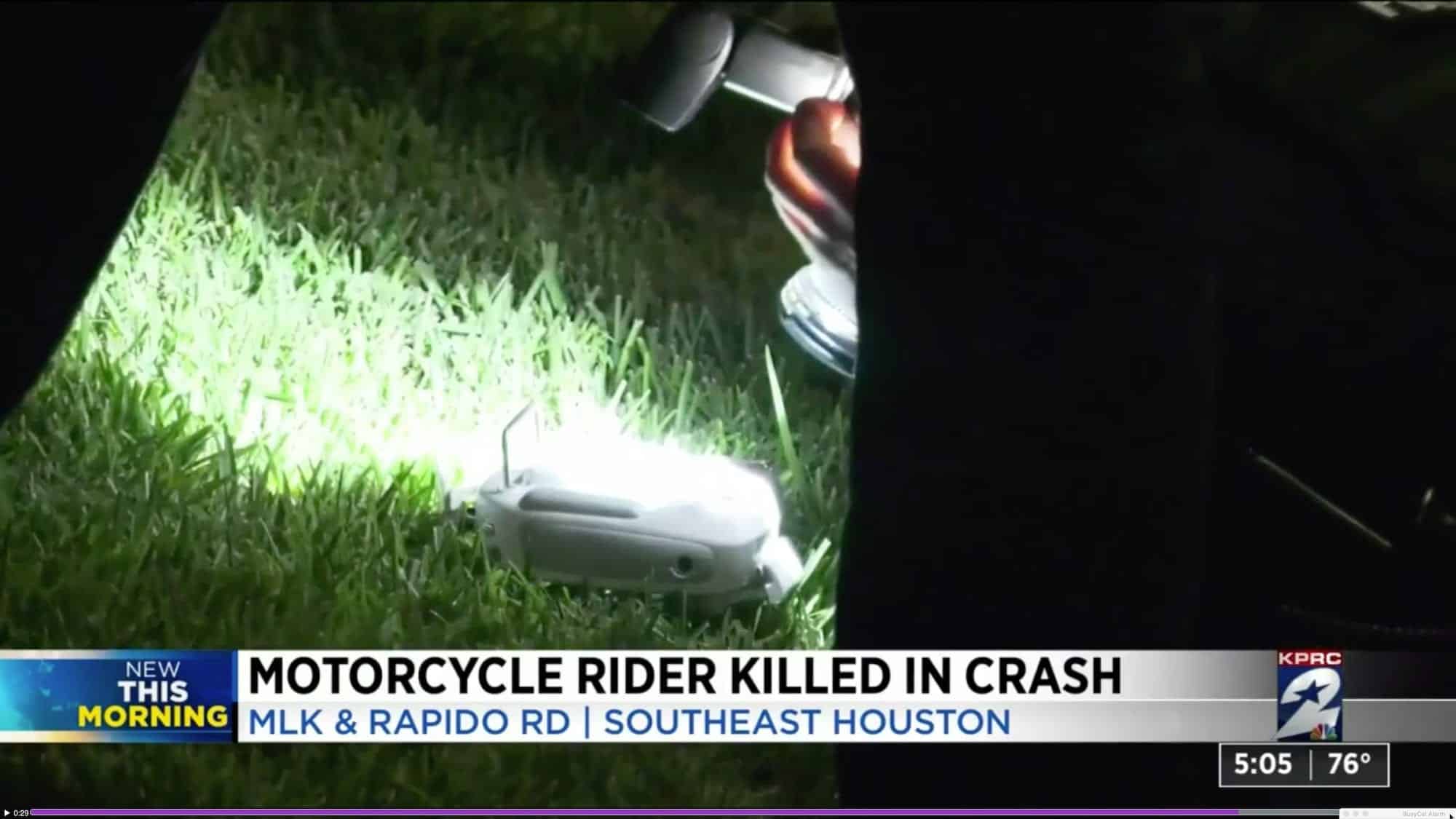