Deputy Ernest Edwards, who patrols northwest St. Johns County, used a drone earlier this week to help find a missing student. Edwards said that the student was thought to be in a treehouse, so they use an unmanned aircraft to search for him.

Officials said that the Sheriff’s Office started using police drones about a year and a half ago. They now operate a fleet of eight drones that help them save time and resources.

According to Sheriff’s Office spokesman Chuck Mulligan, the drones cost about $2,000 each. In the photos, a DJI Mavic 2 Enterprise Dual is shown that would sell for around $2,650.

Chief Perry Hagaman said that the unmanned aircraft are used in forensics, the marine unit, major crimes, evidence and SWAT, and one on patrol with Edwards. They are also used to help document crime scenes, including in difficult-to-access places.

“We had a body that was out of one of the transient camps … (We) couldn’t get back there with most modern equipment,” Hagaman said, according to The St. Augustine Record. “It was a very densely wooded area. But we could get the drone through the trees to take pictures of the crime scene.” 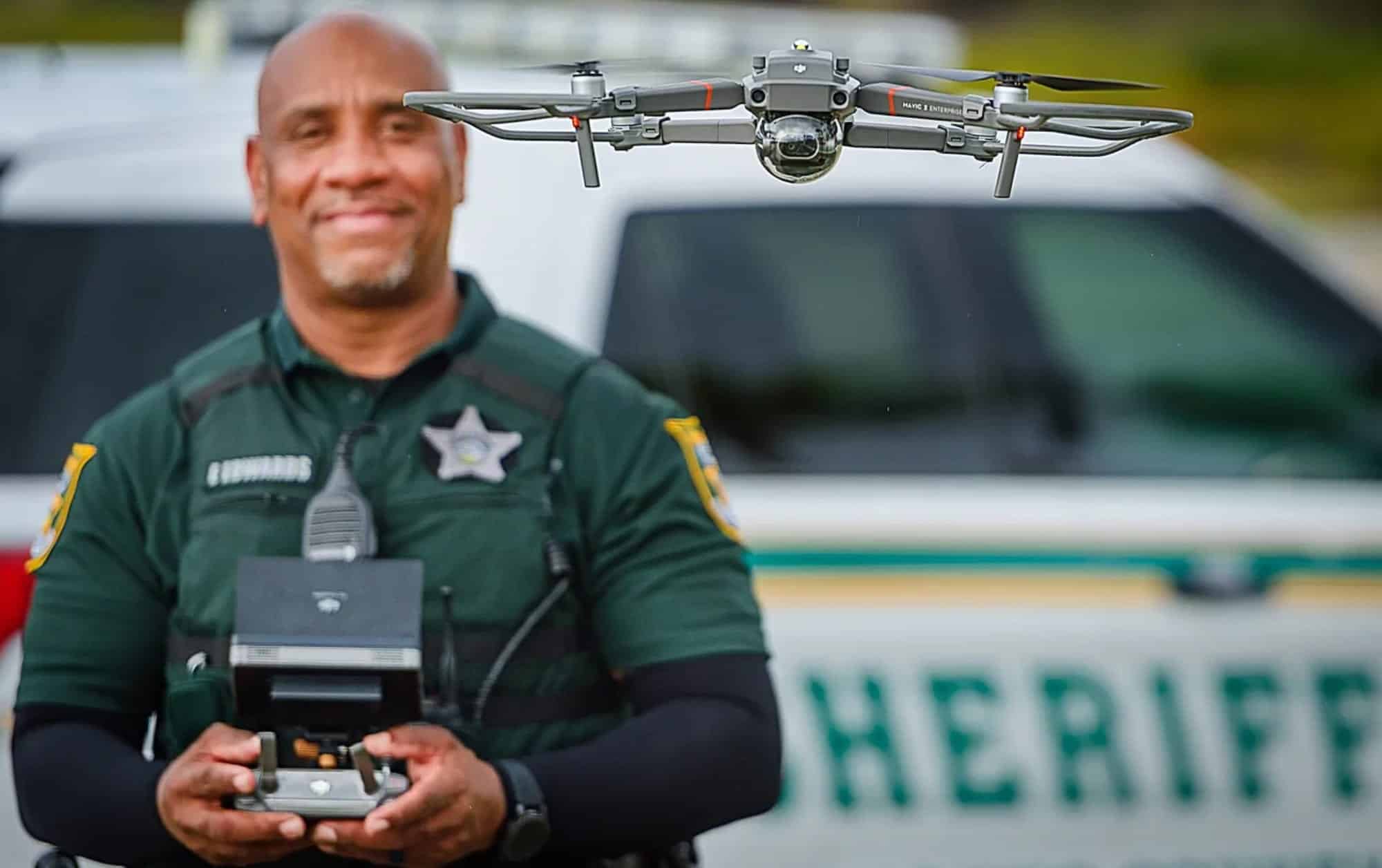 Drones are brilliant for disaster relief

The drones have proved useful in a wide range of situations. For instance, the Sheriff’s Office used a drone to monitor a recent protest outside of Flagler College. And during the summer, a fugitive from Maryland who was wanted on charges that included attempted murder was arrested with the help of an unmanned aircraft

According to Ernest drones have also been used to survey areas before and after a storm.

In the case of traffic accidents, drones are helpful as well as it allows deputies to quickly survey the scene and determine the kind of help that is required, Edwards said.

Edwards added, “We had an overturned tractor that caused a major crash … We were able to get the drone in the air prior to fire rescue coming.” 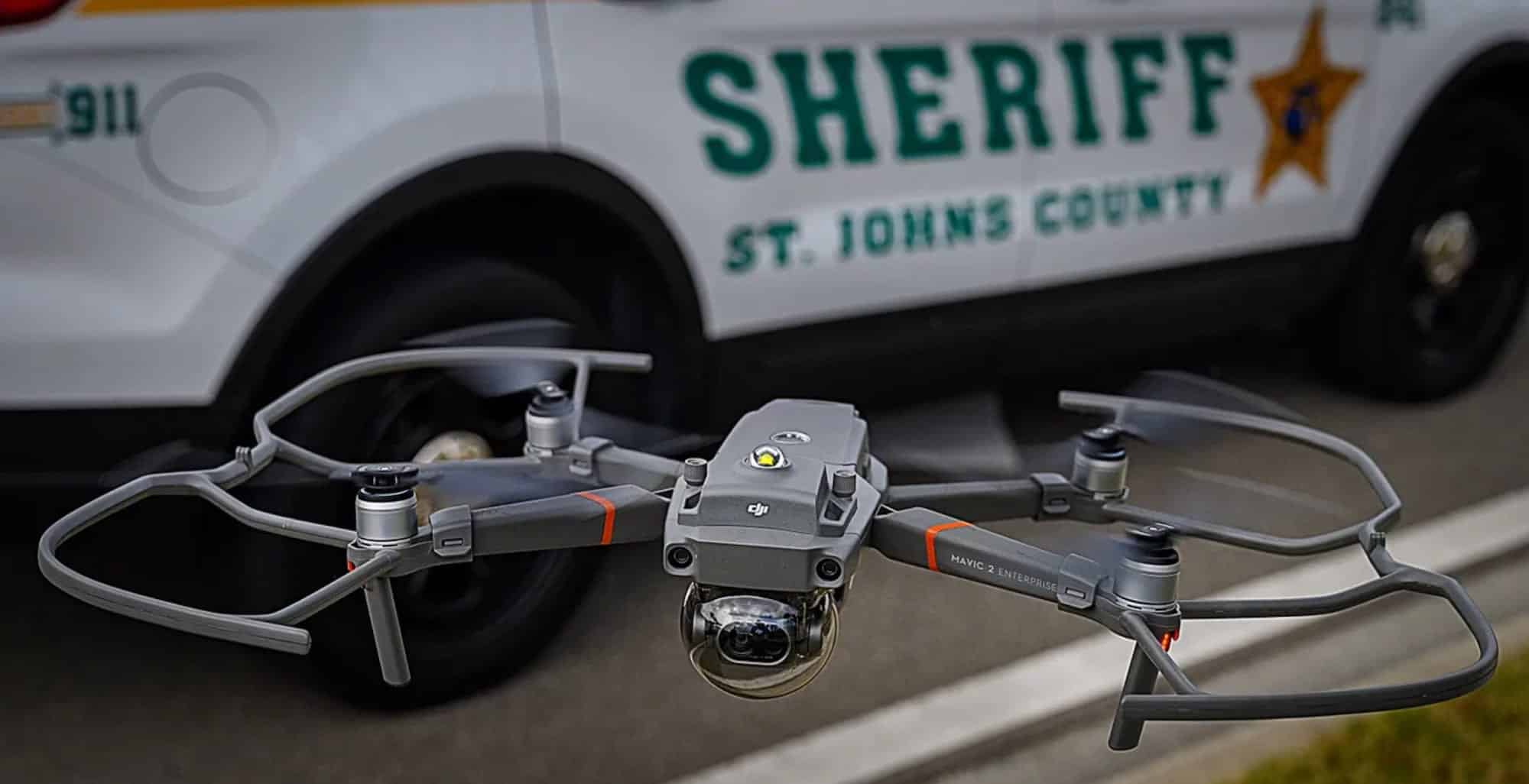 Drones are faster to deploy and cheaper to operate

As drones allow for a fast response time, they are also less expensive to operate than calling out a helicopter or other resources that might be needed Hageman said. He continued to say that a helicopter can travel to any destination in the county in about 12 to 15 minutes. However, authorities can get a drone up in the air within a couple of minutes.

Besides recording videos and taking photos drones can also be outfitted with a loudspeaker that can be used to communicate with a person.

“We can lower the drone down and have a conversation with you,” Mulligan said.

All the drone pilots in the Sheriff’s Office have a part 107 certificate from the Federal Aviation Administration (FAA).

The Sheriff’s Office is planning to grow the drone program.

“The long-term plan is to put them in each district,” Hagaman said.