Exciting times for everyone who is waiting for those DJI Mavic 3 pictures. Even with so many leaked pictures in the past few weeks. Today it’s just a full house of leaks. All store photos of the Mavic 3, the Mavic 3 Fly More and the Mavic 3 Cine Premium Combo were revealed by Nils Ahrensmeier just now.

Update: In case you’re wondering about the Mavic 3 specs, check out this post.

Update: Here are the rumored prices for mainland China. Yikes.

We are working on updating this article in real-time, but we wanted to share the hi-res photos of the DJI Mavic 3 with you immediately.

As we had reported before, we expect the DJI Mavic 3 to arrive in three versions:

Let’s start with the photos of the DJI Mavic 3. note this is the European version that may come in below 900 grams. Fingers crossed on that. 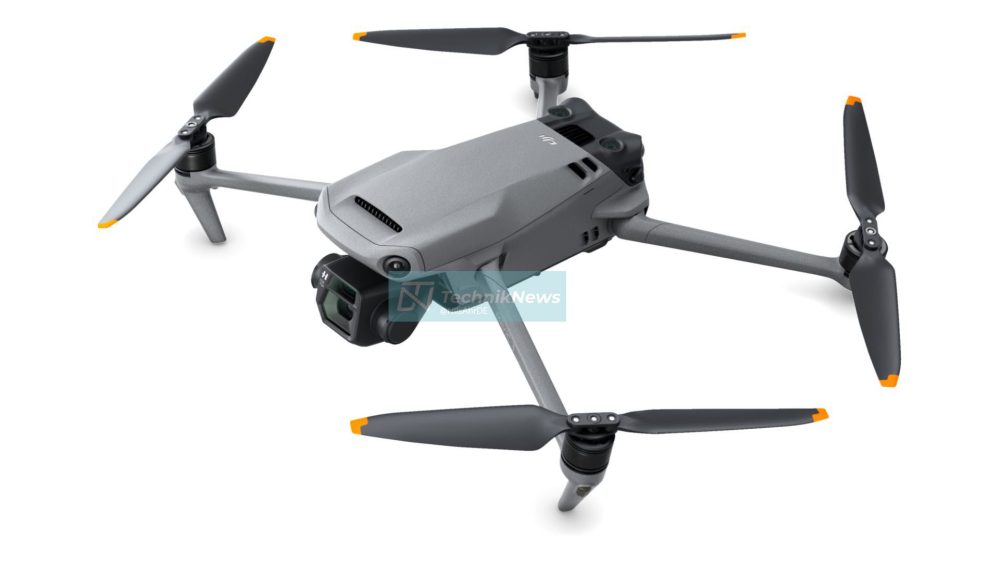 The photos shown here, clearly show the Hasselblad branded dual-camera setup and gimbal that are part of the DJI Mavic 3 drone. 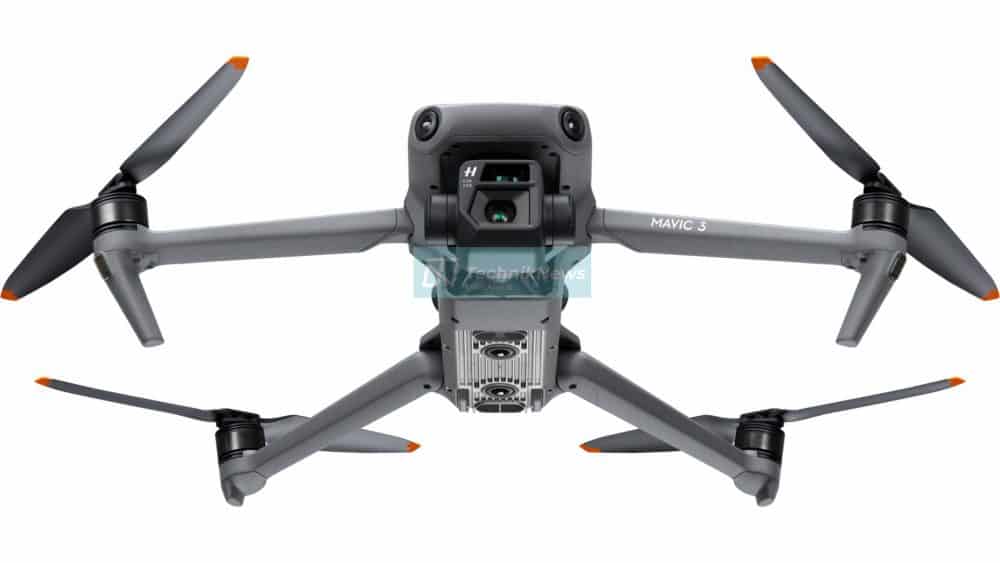 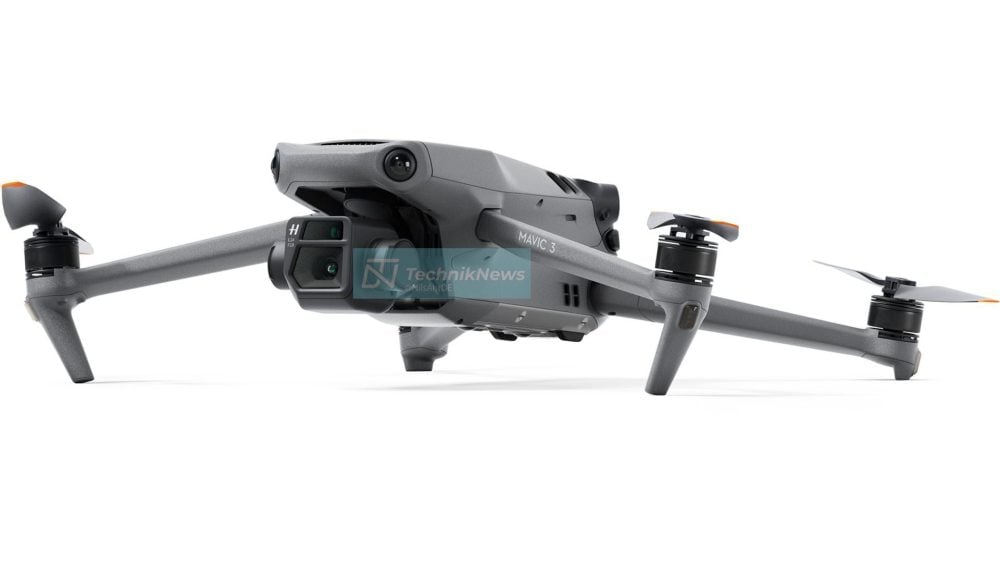 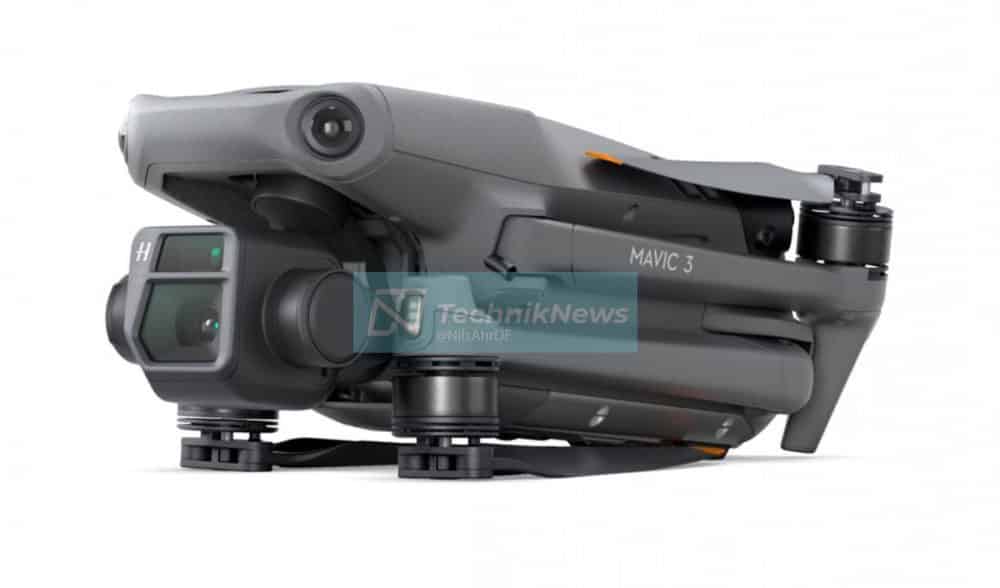 The photo below clearly shows the lack of swept-back tips on the propellers that we have seen on previous DJI drones. This design feature was introduced on the DJI Mavic Pro to help reduce prop noise and is something we have seen on many DJI drones since. It is surprising to not see it as part of the M3 props, however, I would suspect that DJI will have found other ways to keep the noise of the Mavic 3 down. 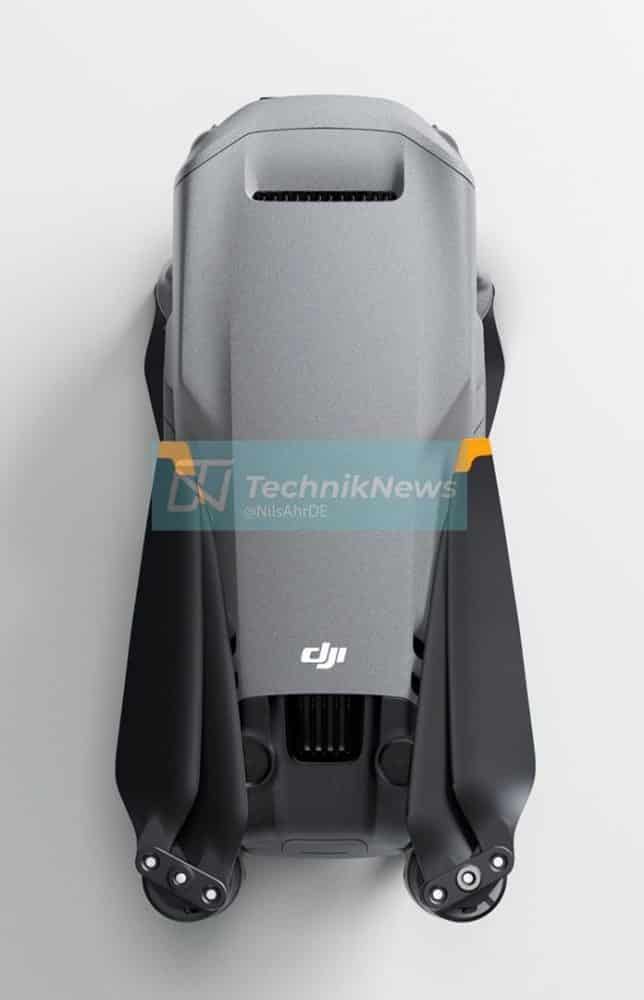 As we reported before the DJI Mavic 3 seems to come with the exact same remote controller that we know from the DJI Air 2S. The DJI Mavic 3 Cine Premium Combo has the new DJI Smart Controller V2.0 with a built-in display. 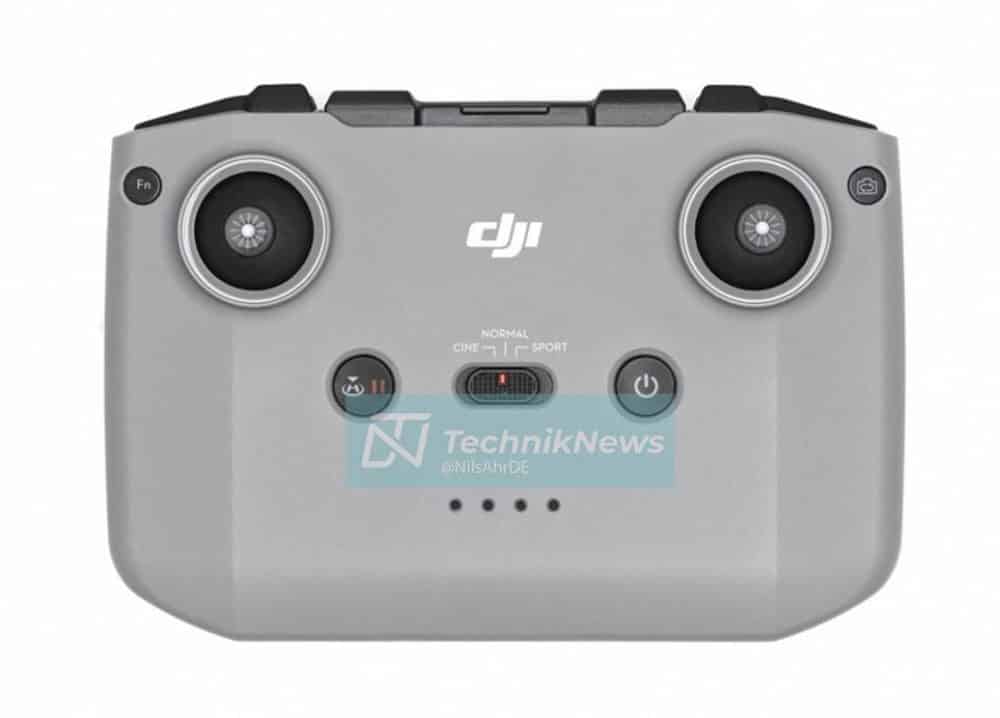 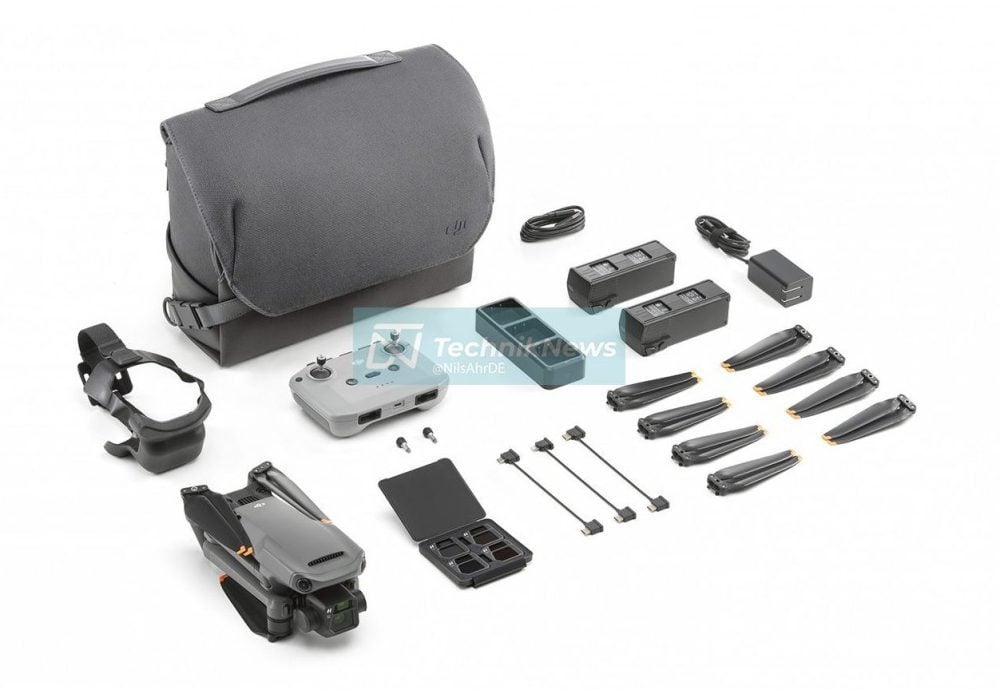 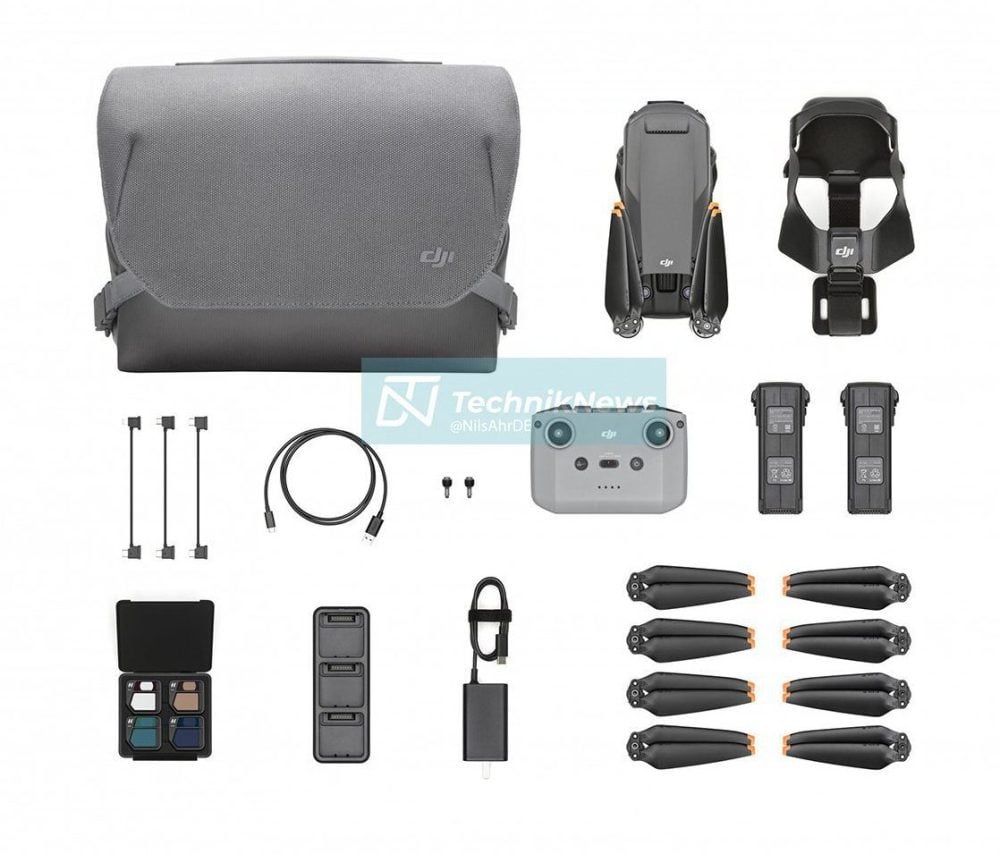 The DJI Mavic 3 Cine Premium Combo or Cine Edition (we’re not 100% sure of the final naming convention) is recognizable by the gold-colored letters that spell out the word CINE on the front arms. It is also a friendly reminder that you will have paid a pretty penny for this latest DJI drone. 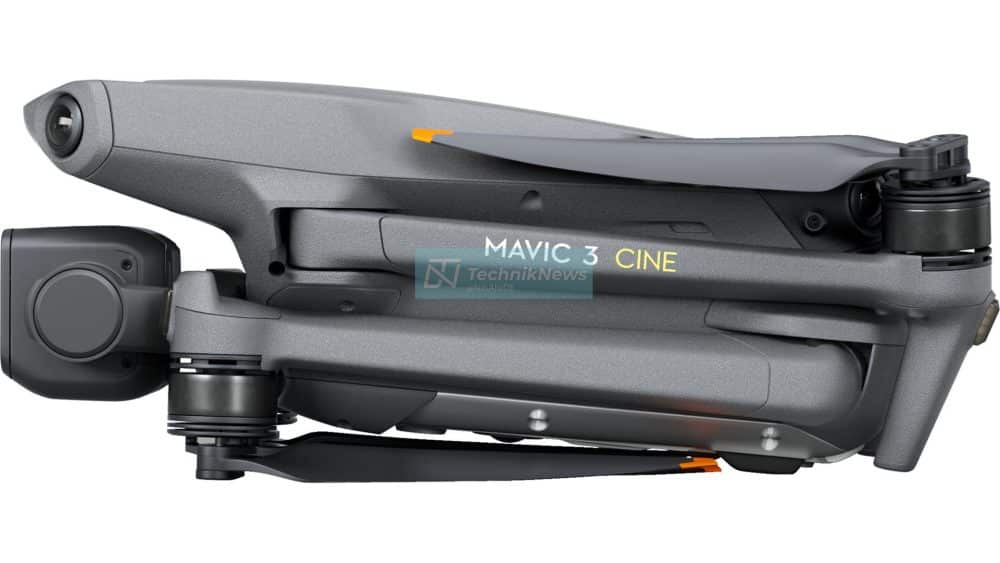 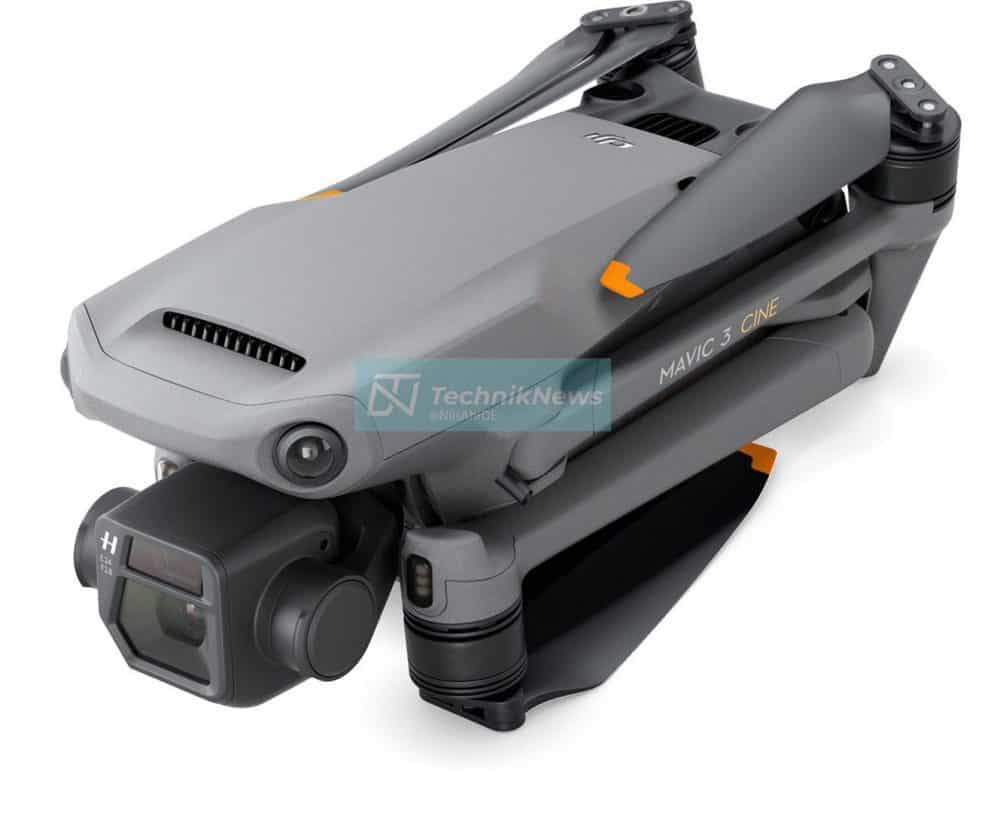 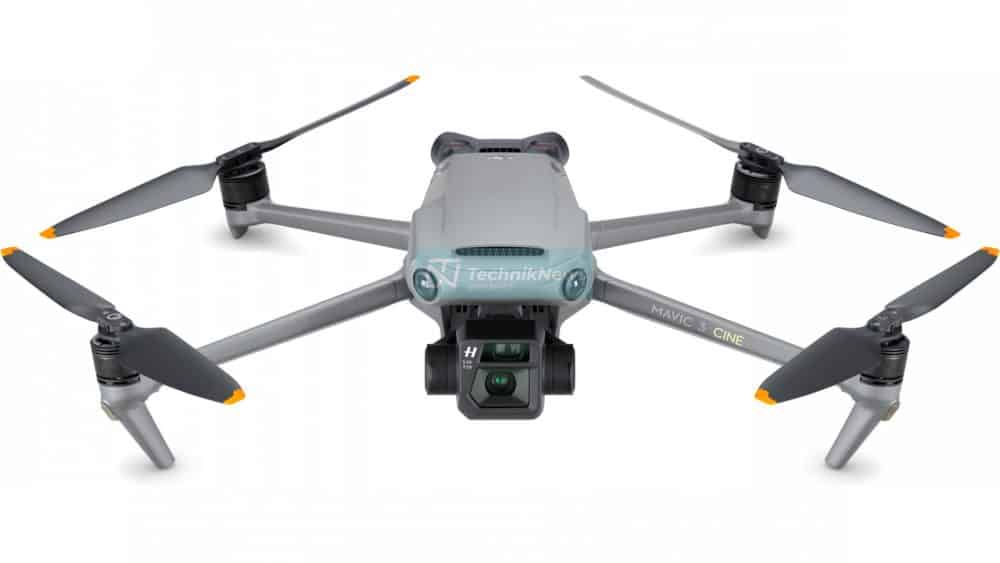 The DJI Mavic 3 Cine Premium Combo has the new DJI Smart Controller V2.0 with a built-in display. This combo also has an extra set of ND filters, it seems based on the hi-res photo below. 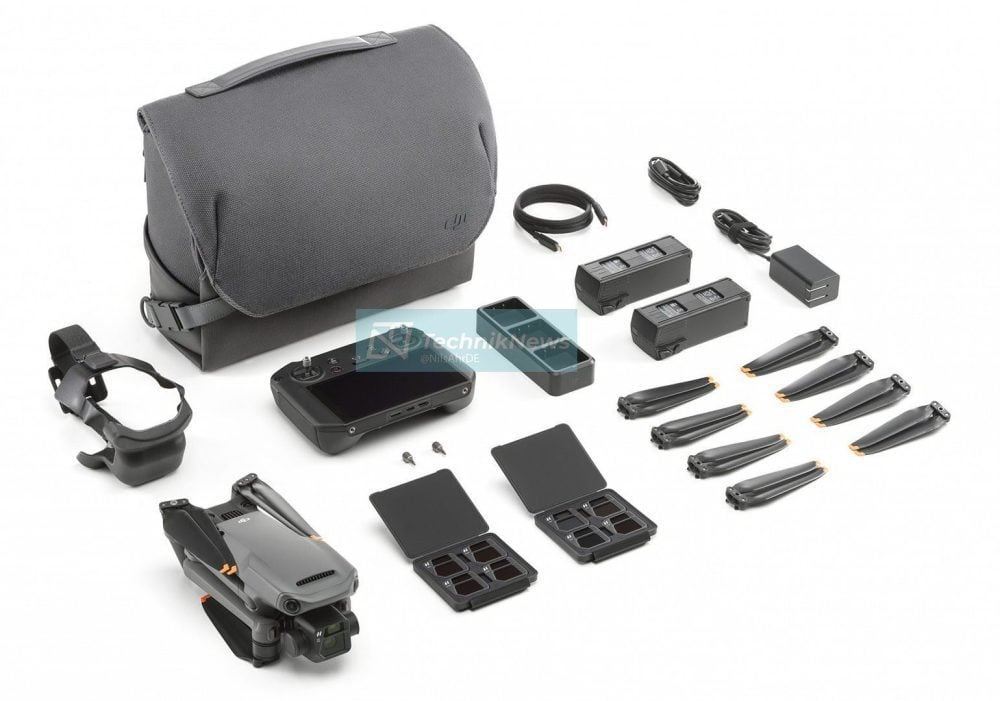 The DJI Mavic 3 features a completely new battery design. The batteries slide into the back of the drone as we have seen with the DJI Mavic Mini, Mini2, Mini SE, and the DJI Phantom Series. The DJI Mavic Series also had batteries that you would insert from the top. The slide-in battery style is likely better as it cannot easily fall out of the drone. 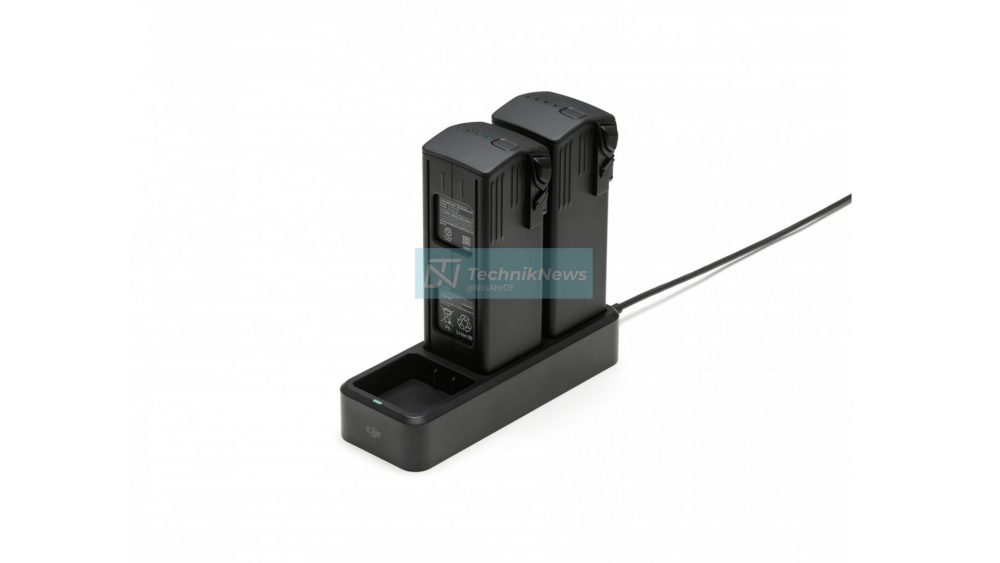 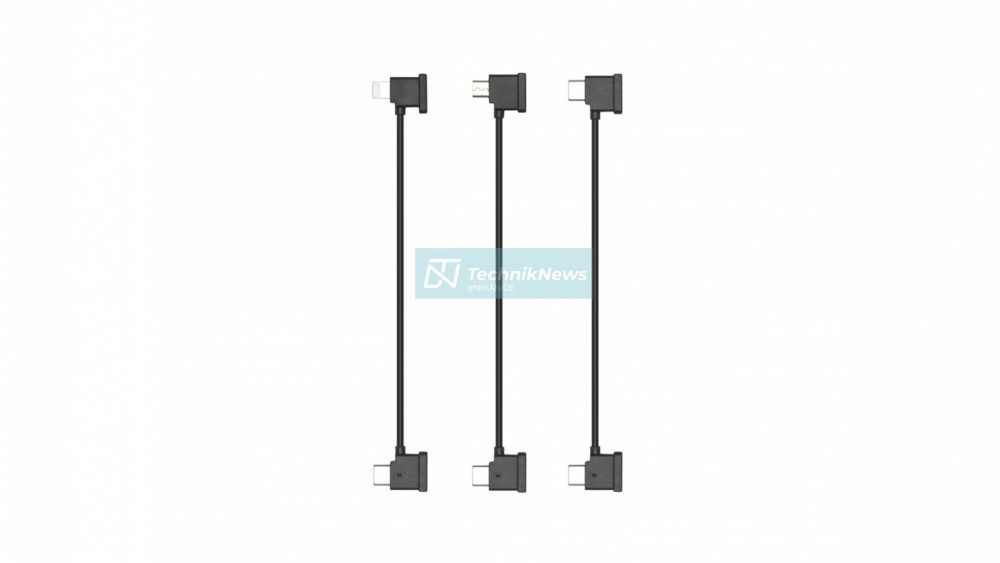 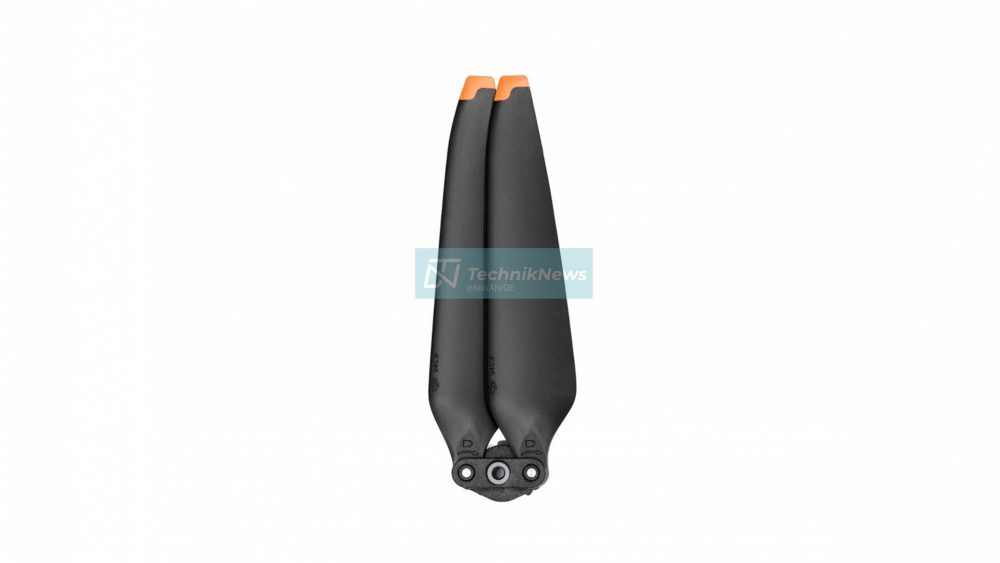 The photo below shows the strap that will hold the propellers in place during transport. 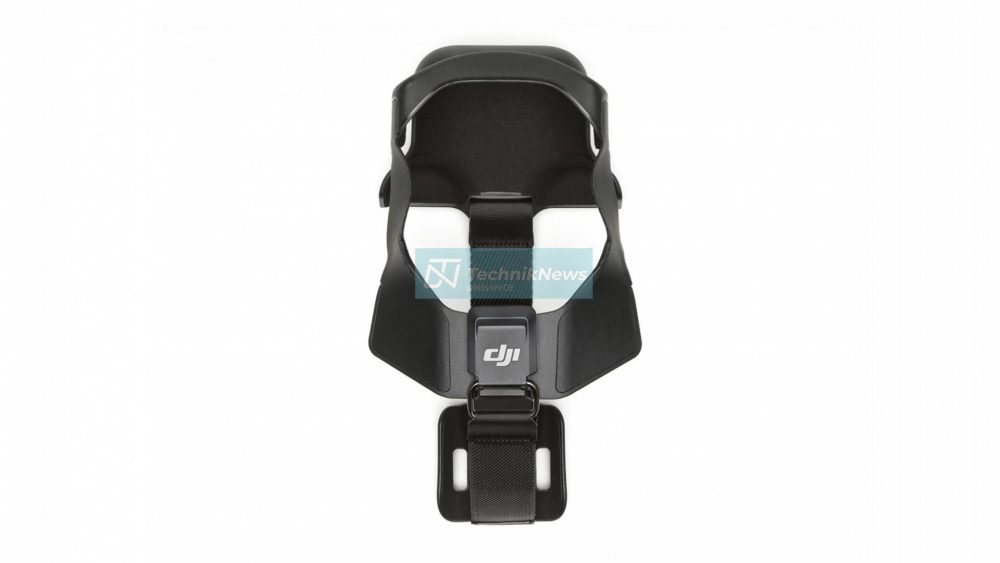 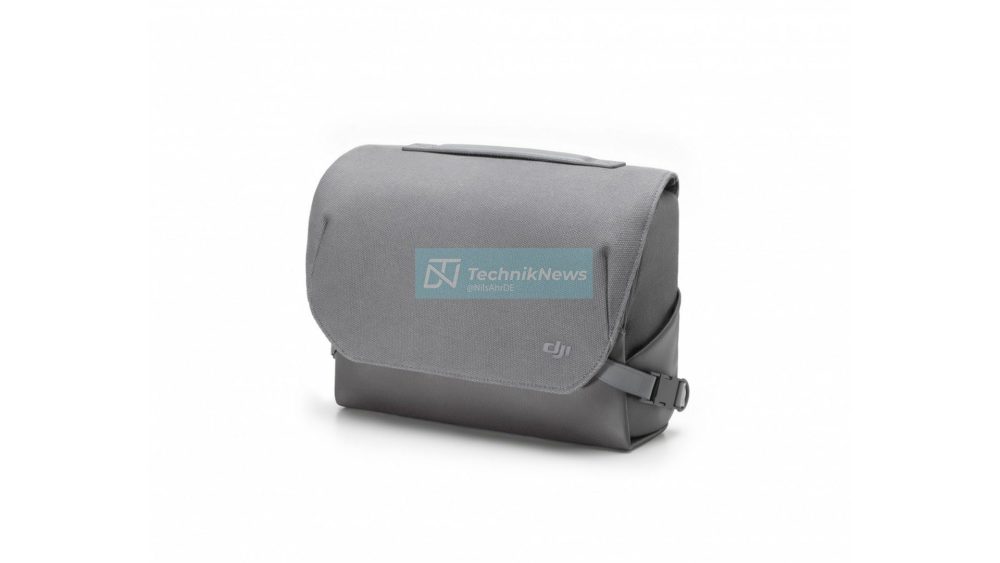 Let us know what you think of these high-resolution photos of the DJI Mavic 3 in all its three versions in the comments below.

Photo of the DJI Mavic 3 spotted in the wild courtesy of J. Ellens.