The new DJI Mavic 3 renderings were shared on Twitter by Byelaman and show the new DJI drone from different angles. Comparing the renderings with photos of the actual drone, they seem to be fairly accurate.

Some obvious things that seem to be off in the renderings are the swept-back propeller wingtips. Photos of the Mavic 3 do not show such a design feature, although we have seen it on many recent DJI drones. We will have to wait and see what the final product will look like.

The DJI Mavic 3 renderings show the DJI drone in a light grey color. Recent photos indicate that the unmanned aircraft might come in a dark grey color, which looks great but way make it harder to see the drone in the sky.

The DJI Mavic 3 renderings show the drone from two three-quarters front angles, showing the dual Hasselblad camera and gimbal as well as the entire unmanned aircraft. The third rendering shows the drone mid-flight from the side.

The computer graphics are very well done and while not 100% accurate they do provide us with a better understanding of what the new DJI drone will look like. 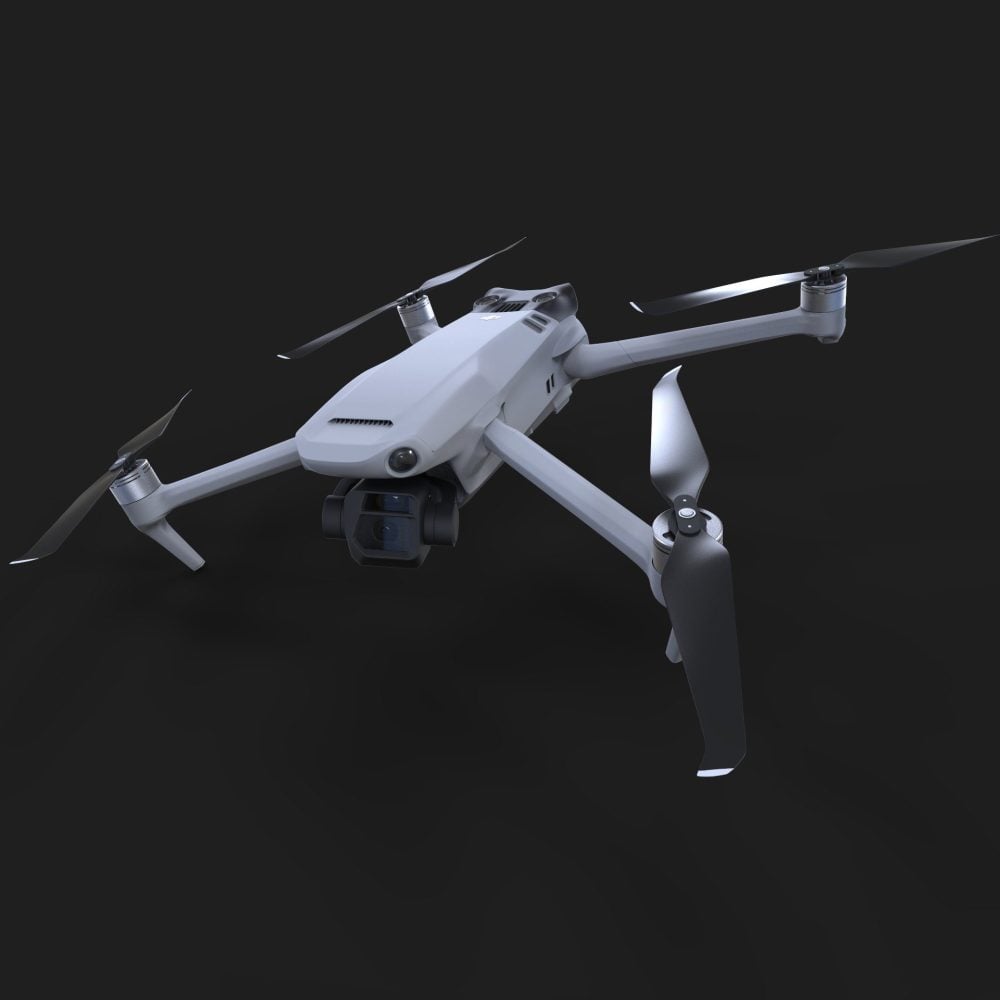 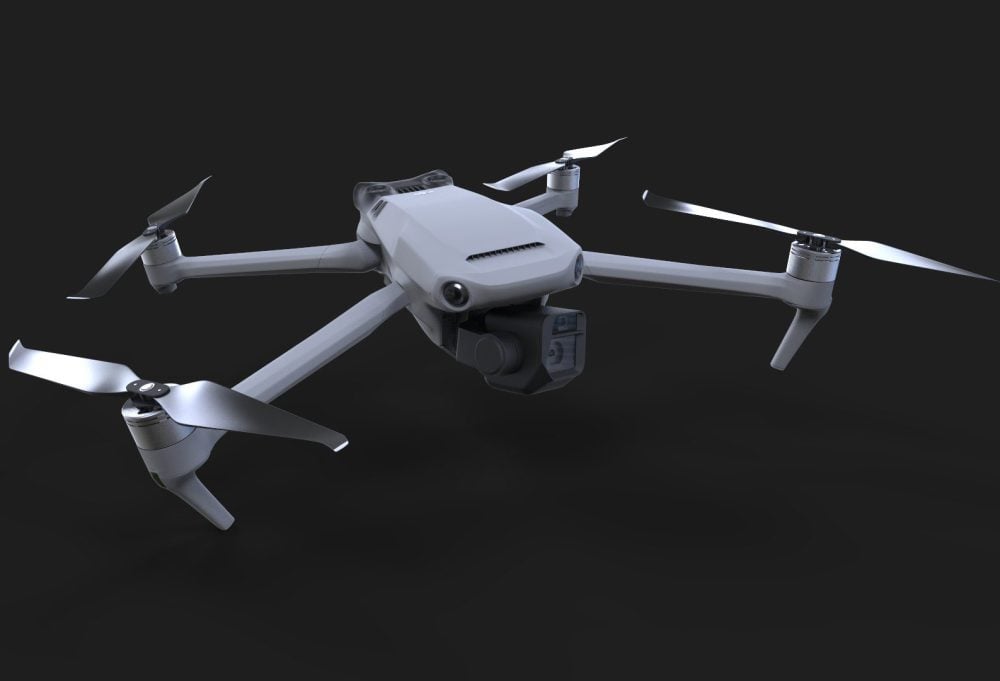