How does DJI’s Mavic Air 2 take 48MP photos and at what expense?

How does the DJI Mavic Air 2 take 48MP photos when it only has a 12MP sensor? And what price do you pay to get this incredibly high-resolution image from what is ‘only’ a 1/2-inch sensor? Well, this video on YouTube does a great job explaining how this all works.

Many people have been wondering how it is possible that the DJI Mavic Air 2 is able to shoot 48MP still images when it really ‘only’ has a 12MP sensor. If you think there might be some marketing stunts and wizardry going on here, well, you are right. Sort of…

The DJI Mavic Air 2 uses the Sony IMX586 sensor that comes with a Quad Bayer design that allows you to shoot 48MP photos with a 12MP sensor by using four smaller light-measuring buckets (pixels) underneath each Bayer color filter. As a result, the photo that you take ends up being four times larger (higher resolution) than a normal photo would be. In this case, your 12MP photo does indeed become a 48MP photo. Watch the video below to get a more detailed explanation of how this works.

At what expense is the Mavic Air 2 able to shoot 48MP images?

However, this wizardry must come at some price, you would think. And you are right. It seems that when you take a 48MP photo, the sensor has less light-sensitivity available. The result of this becomes clear in the shadow areas of the image. The shadows are darker and display more noise when compared to the same scene photographed in the 12MP photo mode. At times it even seems that the entire 48MP photo is somewhat underexposed. So what you gain in resolution, you lose in low-light ability, and you get increased noise in the dark areas of the image. The 48MP photo option works best when a lot of light is available, and the scene is evenly lit. The 12MP stills do much better in balancing dynamic range, i.e. the dark and light areas in a photo, than the 48MP version of the same photo.

The video below does a great job explaining how you can shoot 48MP photos with Sony’s IMX586 sensor. The video references the Autel EVO II drone, but since that aircraft uses the same sensor as the Mavic AIr 2 it is still relevant here.

Another indication that DJI is pushing the boundaries of what is possible with the DJI Mavic Air 2, is that when you take a 48MP still photo, it takes the drone a good two seconds to process the image. You see the same in the 8K Hyperlapse mode, where the slowest interval between two photos is six seconds (and you are limited to free flight or waypoints). Performing the 8K hyperlapse with intervals smaller than six seconds is simply not available. You have to switch back to lower resolutions to be able to do that. In the next article about 8k Hyperlapses, you will see in this video how the image is darker in the 8K mode. You will also notice the interval limitation that I just mentioned.

One way to get the most out of the 48M Photo is not to manually shoot bracketed 48MP photos at different exposures and then merge them with HDR software. The two-second processing time between each shot will allow for too much movement of the drone and the subject that it becomes almost impossible to perfectly overlay the images. No, the best way to get the most our of each 48MP still photo is to shoot in DNG format (or RAW). This will allow you to correct the highlights, shadows, and overall exposure with the most flexibility. I will make some photos available in this Google drive here so you can see the differences. The dynamic range in these photos was limited, but it will give you an idea of the quality and flexibility you can expect from these files. During my next test flights with the DJI Mavic Air 2, I will specifically look for high dynamic range situations to try out the 12MP and 48MP photo settings to see the difference. 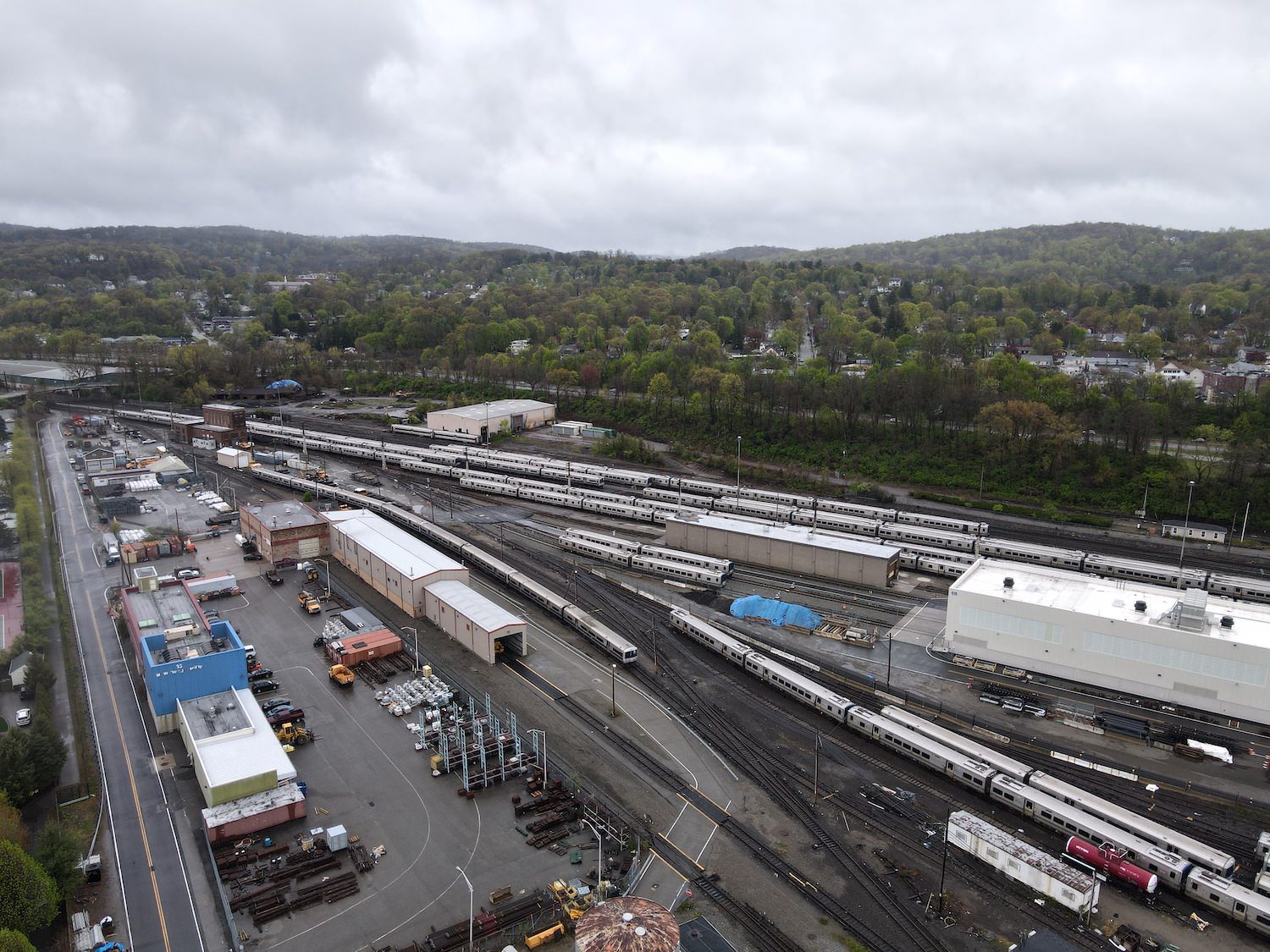 This photo was taken with the DJI Mavic Air 2 in Smart Photo Mode. In Google Drive you can download different versions in JPG and DNG of this photo.

DJI tried to get as much as possible out of the Mavic Air 2 drone and upon closer examination, it becomes clear where you run into the limitations of this drone. The Mavic Air 2 is still DJI’s best all-round drone at a very attractive price, but there is only so much you can do at a certain price point and with a 1/2-inch sensor.

Let us know what you think of the 48MP still that you can shoot with the Mavic AIr 2 in the comments below.