This guy is clearly tired of waiting on Amazon, and probably the Federal Aviation Administration, so he decides to start his own drone delivery service to bring food through UberEATS to customers with a DJI Mavic 2 Pro.

I made a video a while ago about how I went broke delivering for UberEATS, so I decided to come up with a better way of delivering.

Eventhough, the Youtuber Elixir is likely not in compliance with many of the FAA rules that come into play when delivering food by drone, his frustration with drone delivery service not being part of our lives is understandable.

Back in 2013, Jeff Bezos famously said that drone delivery services would be routine in a matter of years and as we all know they are not.

Especially in these times, where the coronavirus makes human contact potentially dangerous and contact-less services are considered to be the preferred method, a drone delivery service would make a lot of sense.

In the video, Elixir is using UberEATS orders that he, after checking with the customer, delivers with his DJI Mavic 2 Pro.

Meanwhile Uber itself has been working on making deliveries by drone a reality. Last year Uber Elevate Head of Flight Operations Luke Fischer said in a statement that:

“We’ve been working closely with the FAA to ensure that we’re meeting requirements and prioritizing safety. “From there, our goal is to expand Uber Eats drone delivery so we can provide more options to more people at the tap of a button. We believe that Uber is uniquely positioned to take on this challenge as we’re able to leverage the Uber Eats network of restaurant partners and delivery partners as well as the aviation experience and technology of Uber Elevate. We don’t need to get the drone direct to our customers or consumers. We just have to get it close enough.” 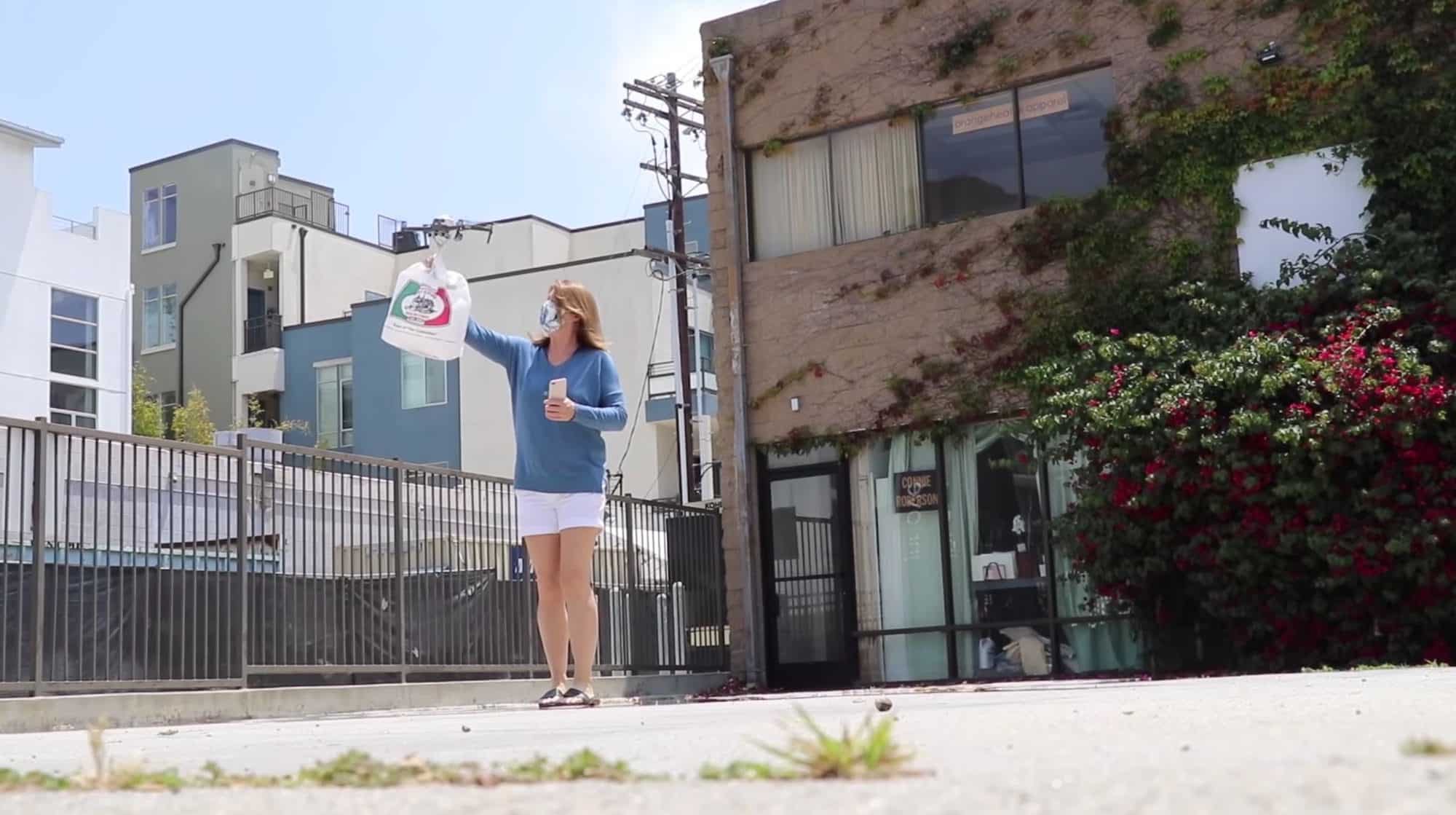 Sony announced the Airpeak S1 last summer, a high-end drone for film production. It is the smallest drone capable of carrying a full-frame Alpha camera like the a7S Series and has sophisticated obstacle recognition...