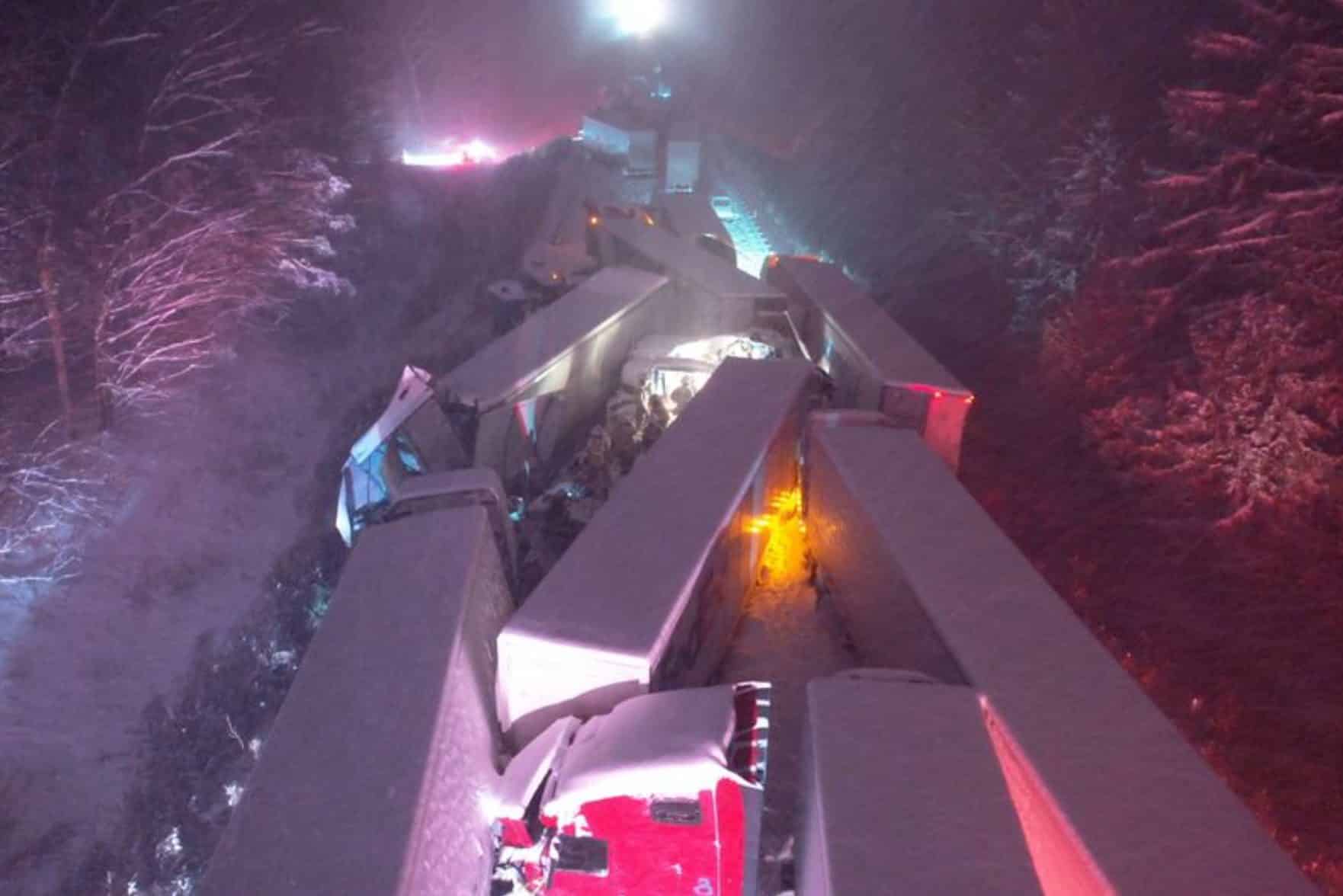 Police drone photos that were released by the state police show the aftermath of a 66-vehicle pileup on Interstate 80 in Central Pennsylvania during Wednesday’s snowstorm.

The state police released the photos of the 66-vehicle pileup that included 55 trucks on Interstate 80. Around 3 p.m. a series of crashes occurred over a one-mile stretch of interstate in the westbound lanes in Greene and Lamar townships in Clinton County.

According to state police, a preliminary count showed that a total of 66 vehicles were involved in the pileup, including 55 commercial vehicles.

On Thursday, state police reported that two people had died in the crashes but one of the fatalities was related to a medical issue and not a direct result of the crash.

Police drone photos were released by state police on Thursday, taken hours after the crashes on Interstate 80 showing the devastation. The westbound lanes of I80 remain closed as crews are working to clean un up the scene of the pileup. A detour is in place. According to the Pennsylvania Department of Transportation, both eastbound lanes are open again, reports The Morning Call. 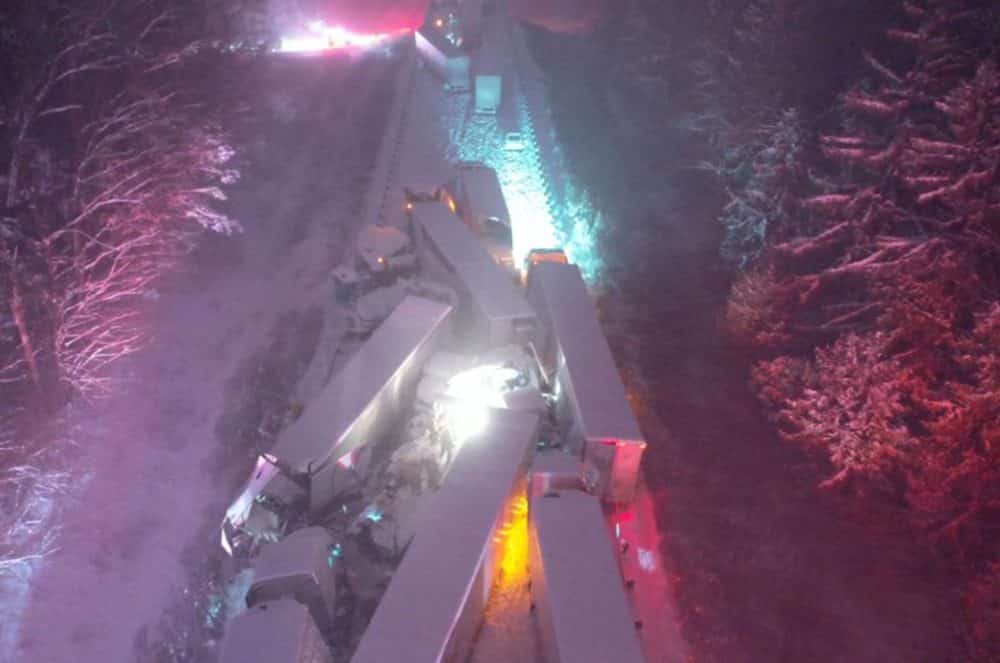