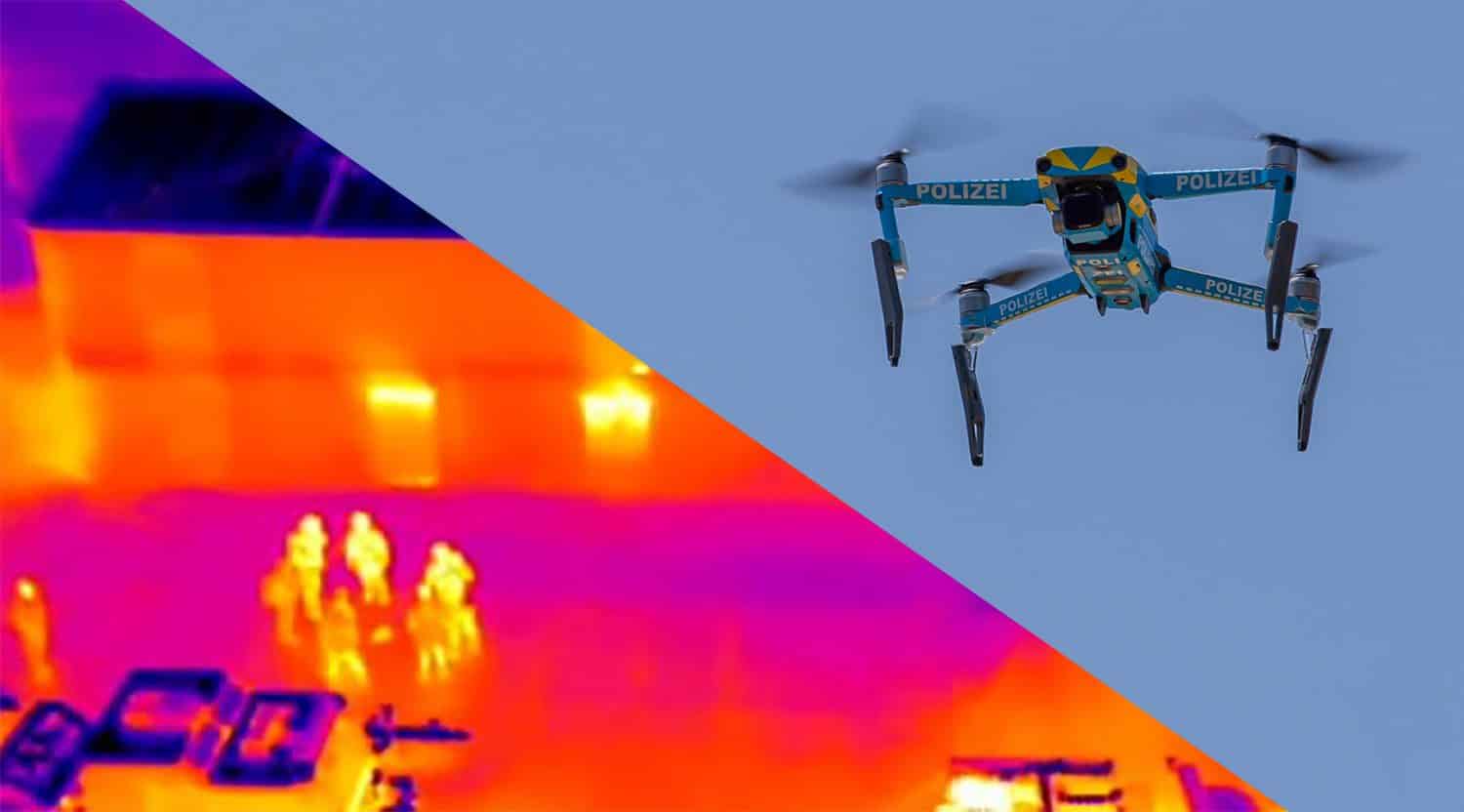 Drones are increasingly being used for various police tasks. After all, you quickly get an overall picture from the air, and you get a much better overview than is possible from the ground. Think of road accident analysis and tracing missing persons with the help of a thermal imaging camera. In addition, the use of drones is many times less expensive than calling in a helicopter. It is therefore not surprising that the Dutch police are planning to expand the drone fleet considerably, and in Belgium, too, the police are increasingly resorting to drones.

But the use of drones is not limited to tracing people or conducting research. The police are also increasingly using drones in the areas of surveillance, crowd control, and enforcement. Last year, for example, drones were deployed at various locations to monitor whether people kept sufficient distance from each other. And it didn’t stop there: drones with loudspeakers were even sent into the air to be able to admonish people from a distance. This happened recently during Black Friday, above the shoppers in Rotterdam.

Here and there, however, there is increasing criticism of the use of drones for surveillance of civilians. In Belgium, Minister of Justice Vincent Van Quickeborne even put a stop to the plan of the police in Belgian Limburg to use police drones with thermal imaging cameras during the turn of the year to enforce the corona measures and the fireworks ban. Homes would also be monitored. The plan caused a lot of commotion and a privacy investigation has even been started.

In De Standaard, Van Quickeborne explains his position: “I am an advocate of technology and believe that the police should be able to use modern technology. But it must not conflict with the rule of law. Like the house, the garden is inviolable. Using drones with heat sensors to detect drug labs is perfectly possible. But it is very different from what they use as a general means of maintaining order for the corona measures.”

In the meantime, the minister has circulated a letter in which he further explains his position. In concrete terms, Van Quickenborne opposes the “tow net technique” in which drones look for potential violations. “Because not only public spaces but also gardens and homes come into play. That is far too disproportionate, ”says the minister. “There must be a better balance between privacy and enforcement.”

“This belongs in China”

“I fully understand that people are very annoyed by these practices. They rightly take offense here. This has no place in a democracy. This belongs in China, and let’s just keep it there. ”

However, the lawyer advises against taking matters into your own hands as a citizen. “As a lawyer, I must strongly advise against shooting at it. Destruction of police equipment is a serious offense. You can throw a toilet roll at it, but the best you can do is record the overflight and then file a complaint because the drone has flown over your private property. That is the longest and the most boring road, but also the most sensible and the safest. ”

In the Netherlands, too, the use of police drones for surveillance and enforcement is increasingly opposed to experts. In the newspaper, Trouw, professor of law and society at the University of Groningen Jan Brouwer states that the use of drones by the police is not properly regulated by law. “We must properly regulate camera surveillance, including drones, by law. Including precise conditions under which this is allowed and possible. ”

Bart Schermer, associate professor of privacy law in Leiden, states in the same newspaper that the risk of invasion of privacy increases the more often the police use drones. “If you use those drones more systematically, the infringement will become more serious. Even though the police don’t save the images, the nature of the surveillance is different from a cop walking down the street. You can no longer see the agent and he or she can follow you throughout the public space. ”

In response to questions from Dronewatch about the use of a drone above the center of Rotterdam, General Commander Population Care Paul Brinkman says the following:

“During Black Friday, the drone was deployed based on police authority on the basis of public order and safety. [..] During this concurrence, people were overcome by the hustle and bustle and the atmosphere turned into a public order issue. The drone is an instrument that is not used lightly but only after a large number of other interventions, such as extra BOAs, extra police, and limiting access flows.”