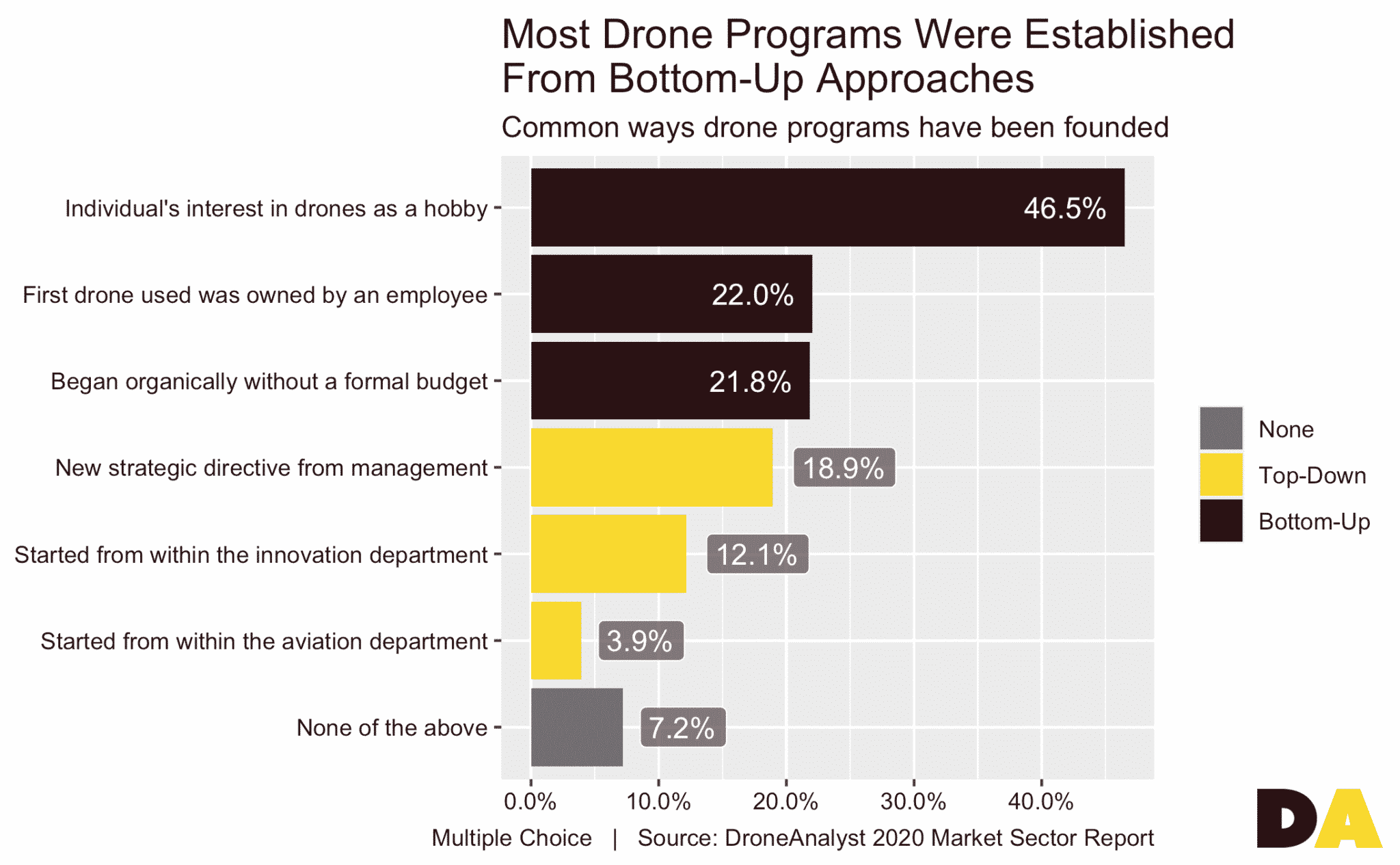 The DroneAnalyst published a very interesting article about how hobbyists and recreational pilots drive the adoption of drones for commercial purposes.

In the article the DroneAnalyst explains that over the years anecdotal evidence emerged of how commercial drone programs were started by drone enthusiasts or hobbyists bringing their passion for flying unmanned aircraft to their work. These pilots would demonstrate how drones can help get work done faster, more efficient and oftentimes safer. The DroneAnalyst refers to this as the ‘bottom-up’ approach.

Of course the DroneAnalyst would not only merely rely on anecdotal evidence, so a survey was done to collect hard data to see if this hypothesis would hold water.

The results showed that a bottom-up approach was responsible for the creation of 68% of the commercial drone applications among 500 businesses and agency users across various industries and regions.

“Chief among these “bottom-up” approaches were a hobbyist bringing their interest and at times even their personal drone to work”, says the DroneAnalyst.

So, it seems fair to say that hobbyists and recreational pilots with a passion for flying drones drive the commercial application of unmanned aircraft across many industries. The DroneAnalyst points out that even the Federal Aviation Administration (FAA) seems to have realized this as the final rule for Remote ID for Drones is more enthusiast-friendly than the originally proposed rules.

On Twitter, DJI spokesperson Adam Lisberg chipped in saying that: “This is why it’s good for America to let people fly drones for fun — because they spur growth in flying drones for work. I’m glad I work for @DJIGlobal, the drone company that does more than any other to protect your right to fly in your backyard.”

To which Romeo Durscher replied: “So true. Hobbyists started to become commercial users while academia started to use them for research, educators incorporated them into curriculums, young fire fighters brought them to work. DJI did enable and accelerated this move. Teams behind the scene supported all this.”

You can read the entire article from the DroneAnalyst here.

Graphics courtesy of the DroneAnalyst. 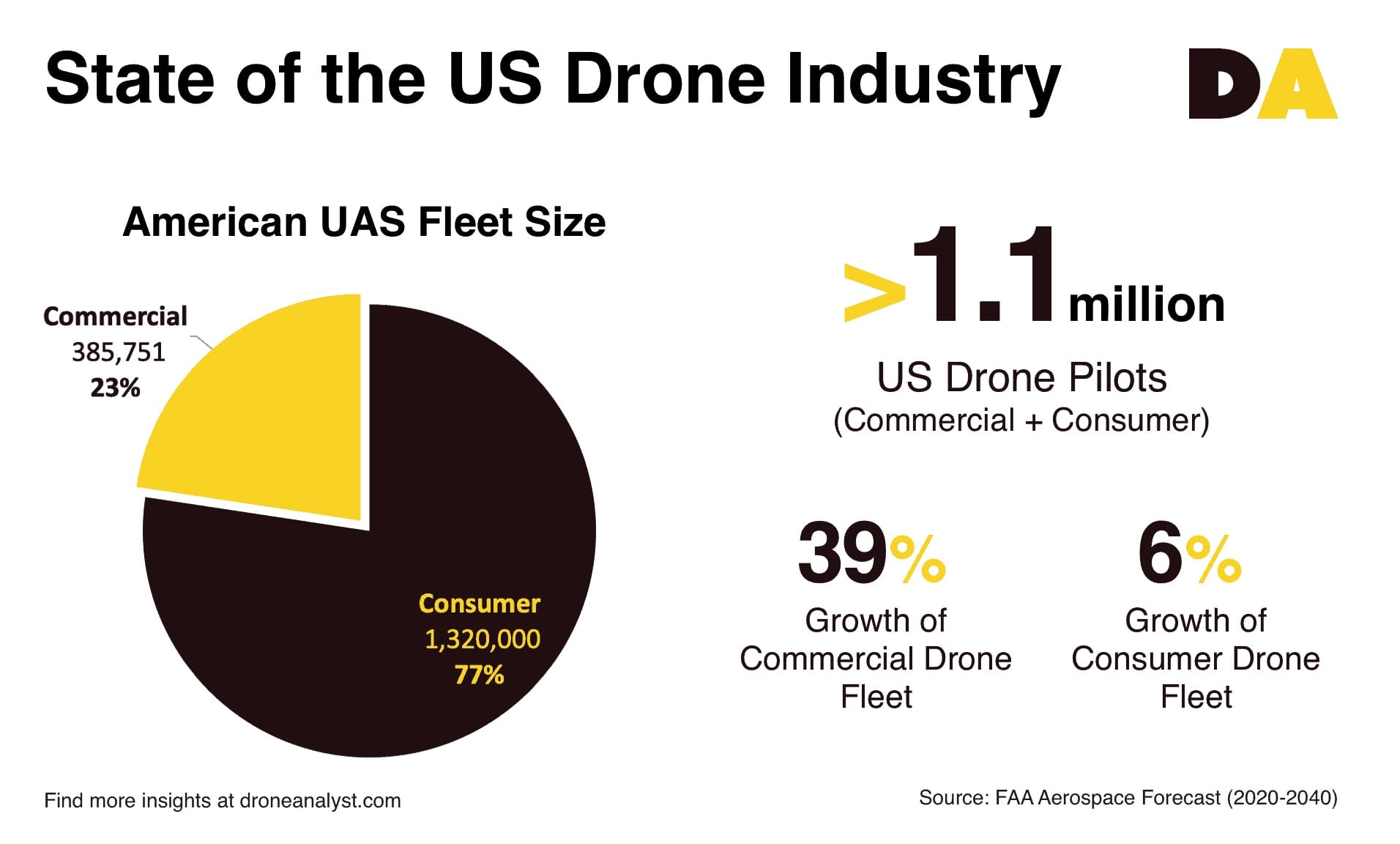 Recently, former DJI employee David Benowitz joined the DroneAnalyst, as Head of Research and picked up where Collin Snow left off. Today, the DroneAnalyst released its latest report that provides new insight into the Federal Aviation Administration’s (FAA) Aerospace Forecast 2020-2040 on the drone industry. Let’s dive in. 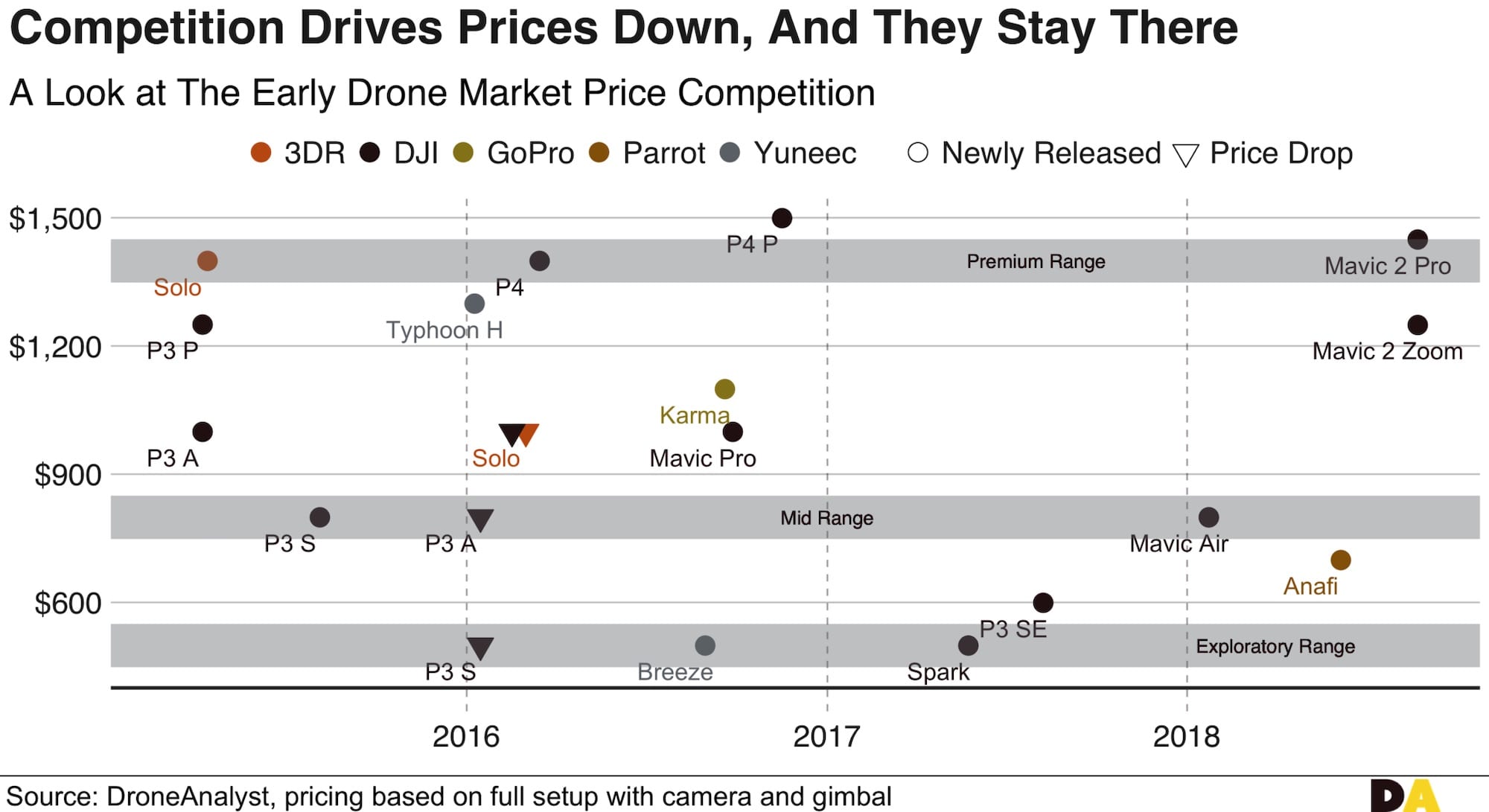 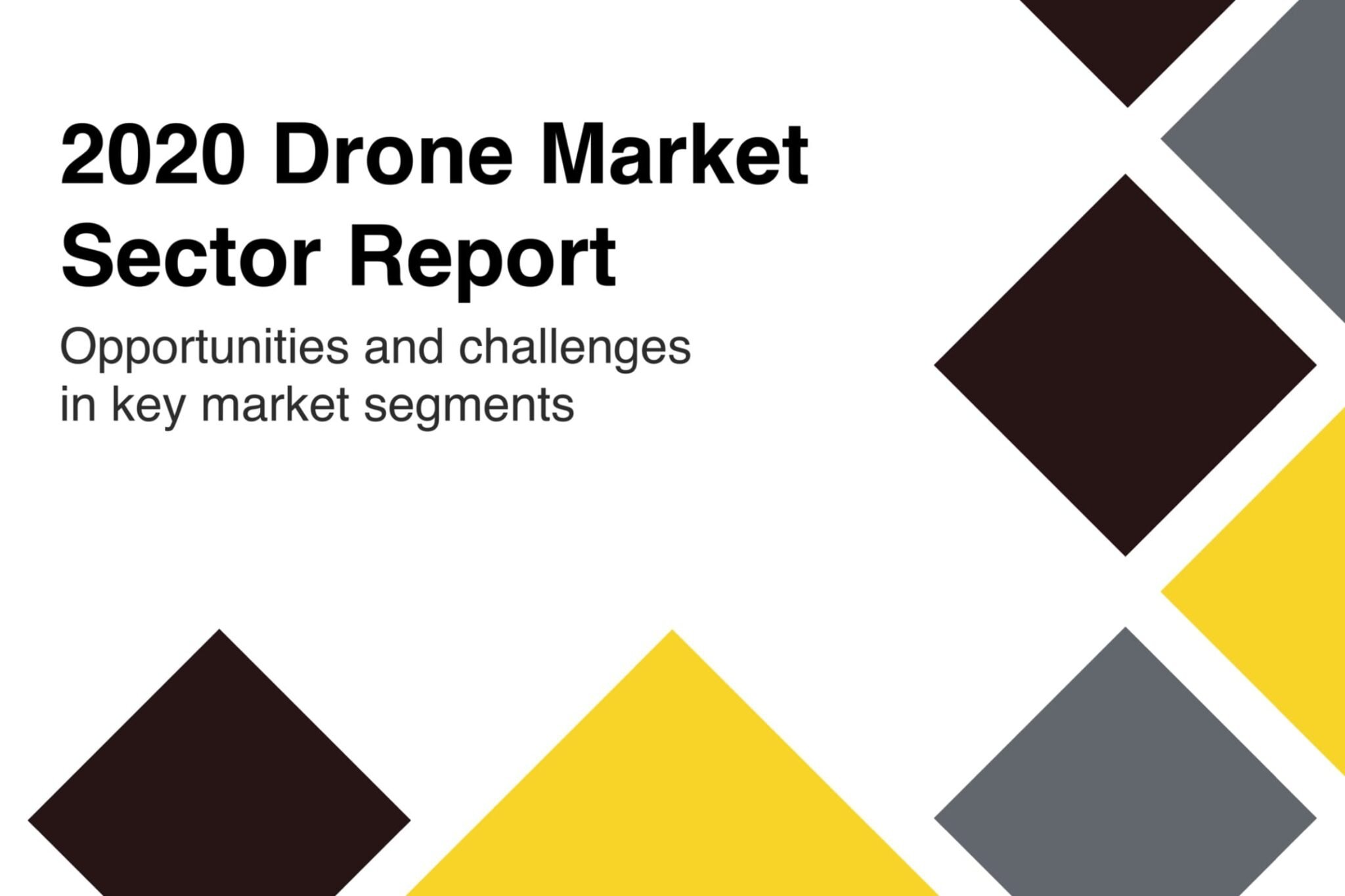 Today the DroneAnalyst issued its 2020 report on the drone industry trends. Let’s jump in and take a closer look at how our industry fared during this tumultuous year.