The German manufacturer Wingcopter has launched a new “triple drop” delivery drone that can deliver to three different locations per flight. To this end, the Wingcopter 198 eVTOL has three winch systems operating independently of each other. In total, the drone can transport up to five kilograms of payload. The design of the drone meets strict airworthiness requirements.

The Wingcopter 198 is based on patented tilt-rotor technology. This allows the drone to take off vertically like a multirotor and fly further like a fixed-wing. The aircraft is electrically powered (eVTOL). The drone can transport up to five kilograms of payload per flight, over a distance of 47 miles. The top speed is 95 mph. The wingspan is six feet.

Thanks to the three independent winch systems, the drone can deliver parcels to three different locations in one flight. It is also possible to transport one heavier package, of a maximum of six kilograms. The entire delivery process is automated. As a result, one operator can control a total of ten different drones, anywhere in the world. To this end, new control station software was developed.

“The Wingcopter 198 is a breakthrough in drone delivery, ready to create logistics highways in the air. The system can be perfectly used as a fleet solution in logistics networks to create new opportunities everywhere,” says Tom Plümmer, CEO of Wingcopter. 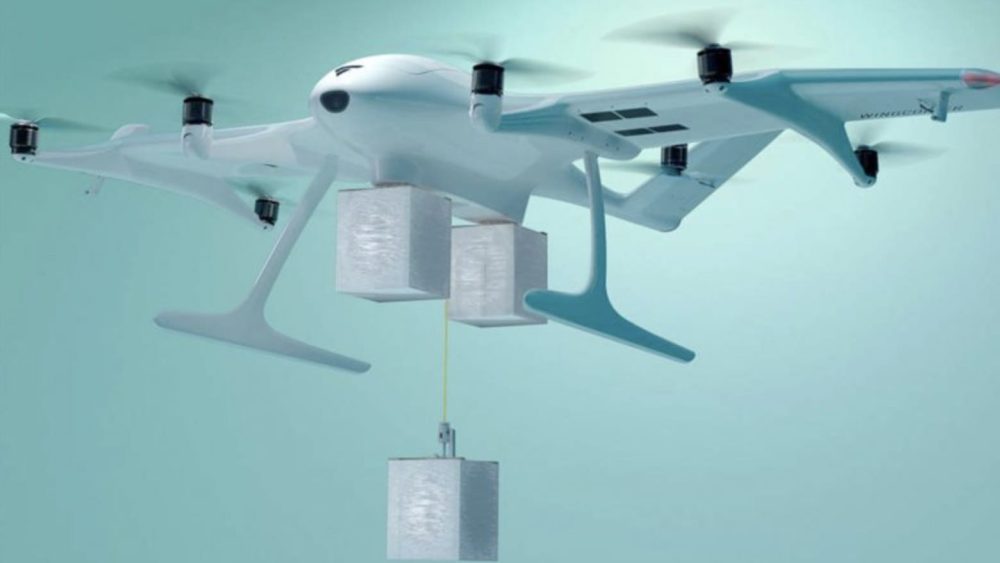 Thanks to the new design and a total of eight motors, safety is guaranteed and the aircraft can even continue to fly if any single motor fails. In addition, essential parts such as the flight controller, flight speed sensor, and battery are redundant. The drone is controlled via 3G / 4G / 5G, with an Iridium satellite connection as a backup.

For flight safety, the Wingcopter 198 is equipped with advanced detect & avoid technology. Based on ADS-B, Flarm, Remote ID, and image recognition based on AI, the drone can scan the immediate vicinity for possible hazards and automatically choose a different flight route if necessary. According to Wingcopter, there is level 4 autonomy. Downward-facing cameras ensure that the drone can deliver a charge to exactly the right place.

According to Wingcopter, the workflow is simple and efficient. The batteries can be changed quickly and special maintenance technology ensures that the drones do not have to remain on the ground for maintenance as much as possible. Thanks to an API, the drones can be easily integrated into the user’s software systems.

Jonathan Hesselbarth, CTO of Wingcopter: “We have applied our many years of experience developing the Wingcopter 178, the model that literally enabled us to get off the ground as a company, to the development of the Wingcopter 198. Every design aspect was optimized for ease of use, efficiency, and safety. The result is, in our opinion, the most advanced, versatile, and efficient drone delivery solution in its category.”

The Wingcopter 198 eVTOL will soon be in series production. The company will soon make 100 copies of the drone available to early interested parties. 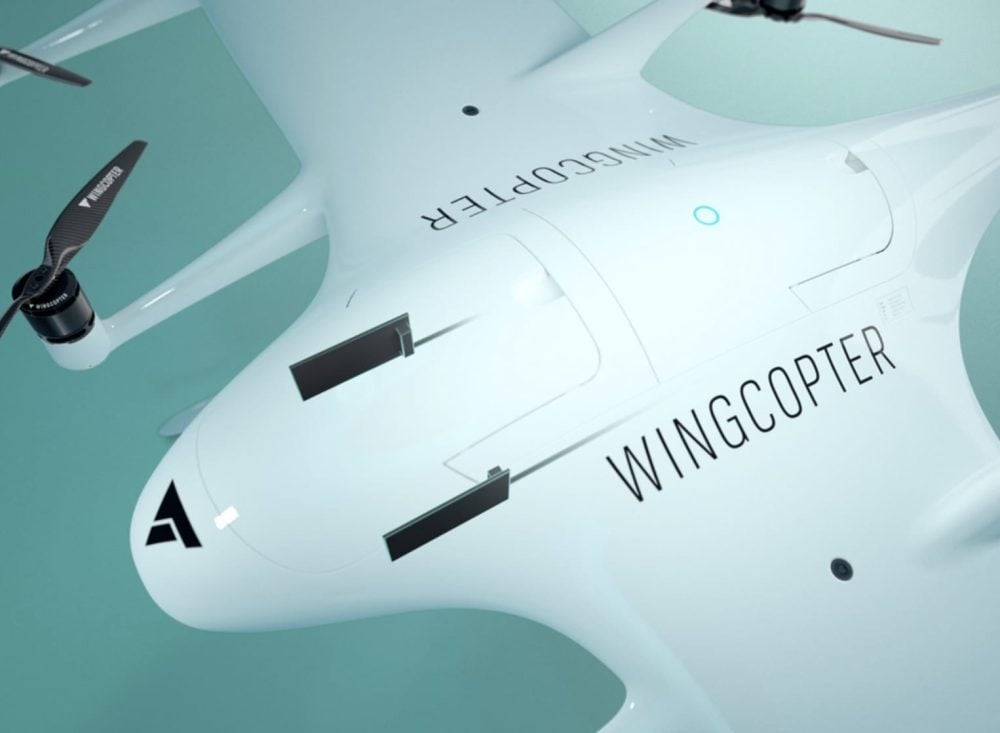