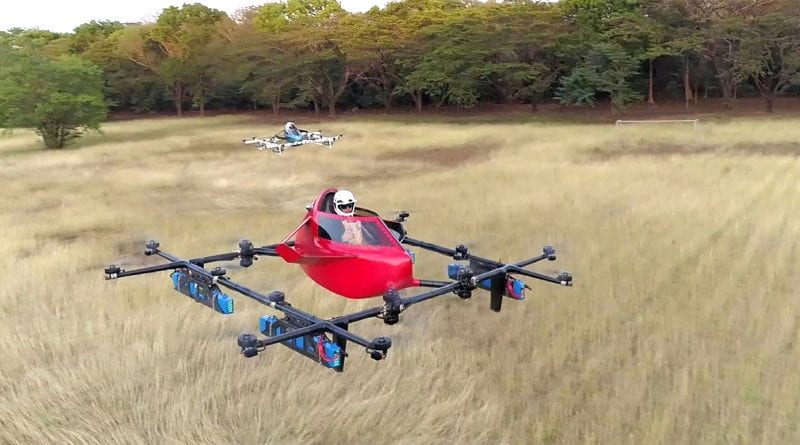 Forget Formula 1: in the future, racing will be through the air instead of on the asphalt. What could that look like? You can see that in this video of the world’s first ‘race’ with manned drones. Ok, it wasn’t very fast yet, but that’s only a matter of time when the technology has proven itself a bit more. The fact is that passenger mobility is taking on a new dimension.

The video shows how two single-person flying cars take off and follow a course at a low altitude. It is the first time such a ‘race’ has taken place. One of the drones was piloted by the creator himself, the other by one of the mechanical engineers involved in its development.

The aircraft can reach a maximum speed of 70 km/h. The cruising height is 120 meters. Currently, the maximum flight time is 20 minutes, but work is already underway on a version that can fly for half an hour. Six batteries provide the required energy. The drive is redundant, so a failure of one motor or propeller does not immediately lead to a crash.

To keep the weight as low as possible, an open cockpit design made of a carbon fiber composite and a fixed aluminum landing gear was chosen. The aircraft is foldable and therefore easy to transport and store. According to the developer, the flying car is easy to operate and anyone can learn to fly in just one day.

Incidentally, Mendiola and his team from Star 8 are not the only people working on flying race cars. Drone Champions League (DCL) is also working on a manned racing drone, which was already being demonstrated in flight at the beginning of 2020.

The British company Airspeeder also has concrete plans to organize races with manned drones in the future. However, Airspeeder made negative headlines early this year after a prototype of their flying car took off uncontrollably near the airspace of Gatwick Airport and crashed near a residential area. 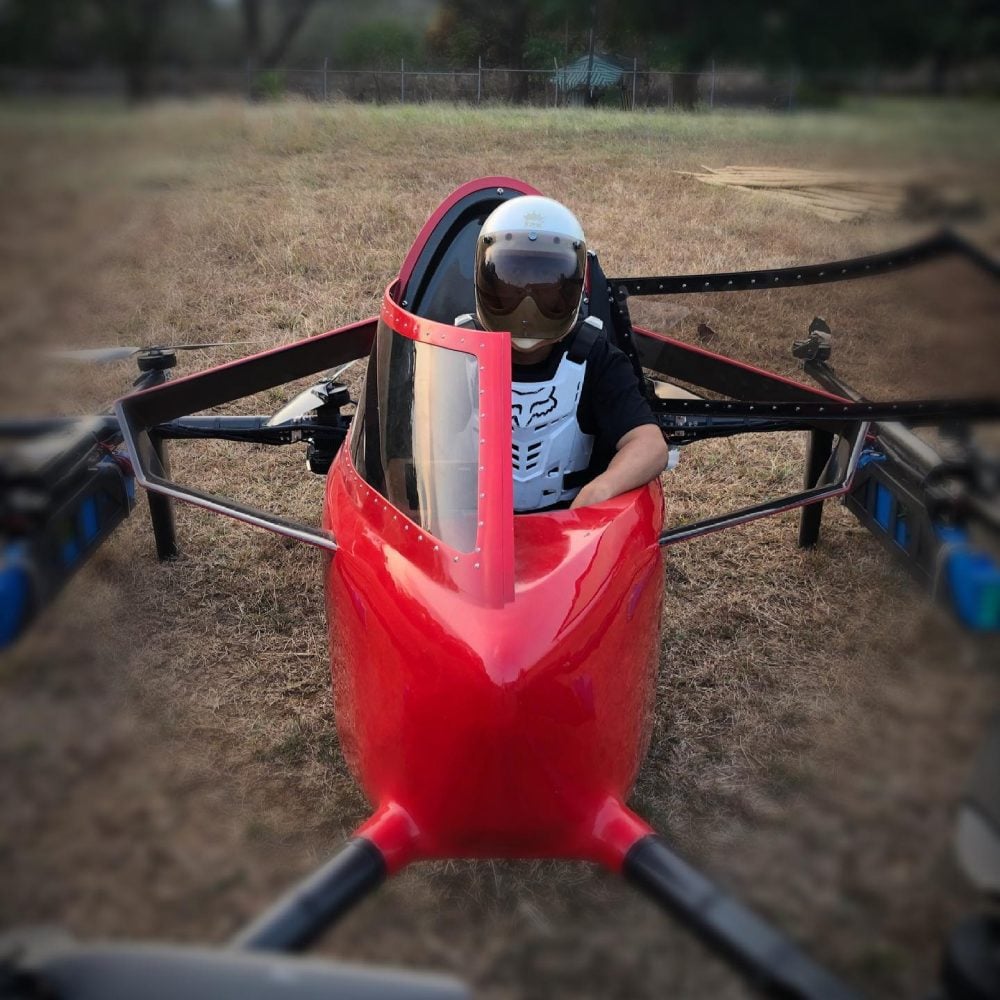