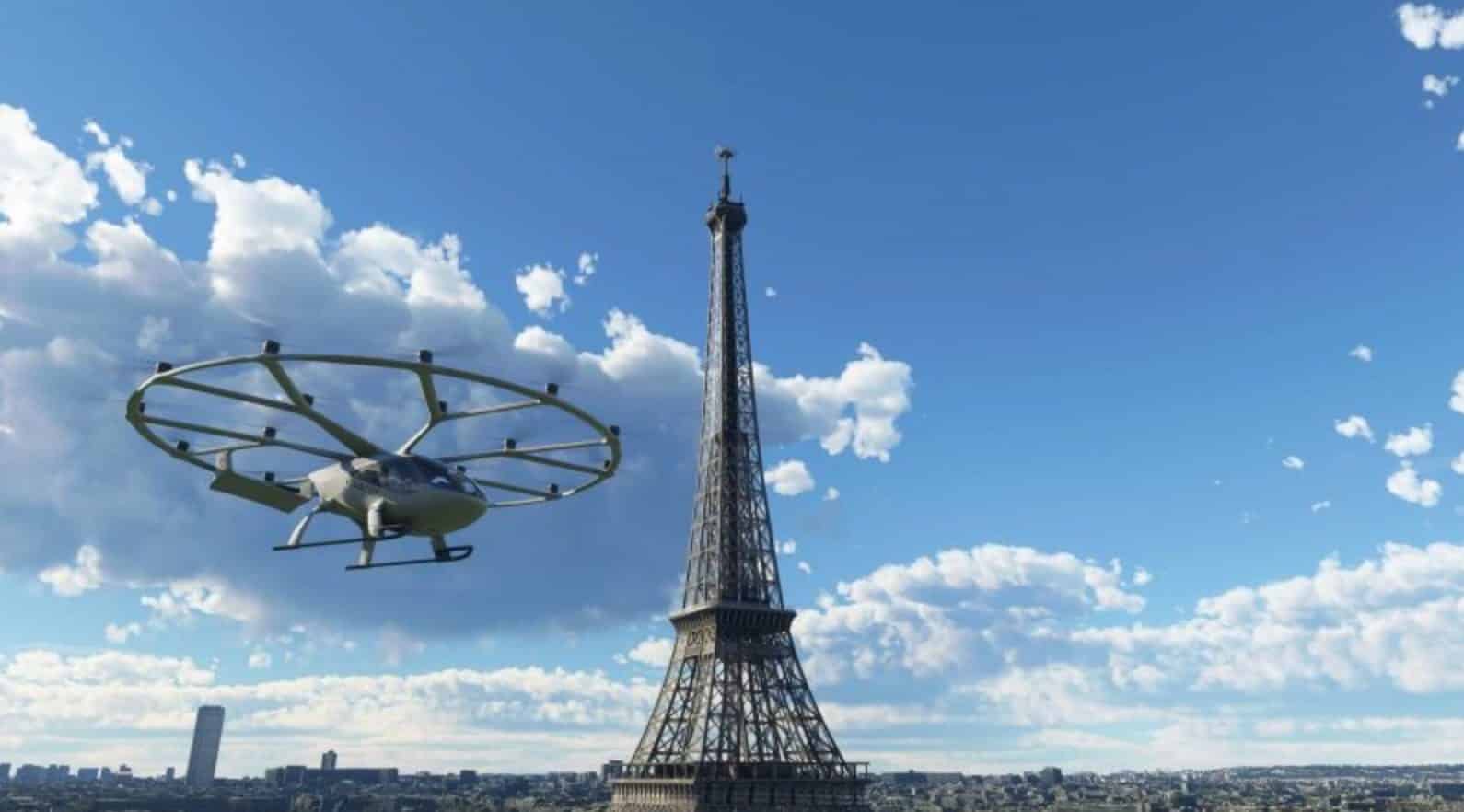 Always wanted to drive a drone taxi? Soon you will be able to do that in Have you always wanted to learn to fly an eVTOL drone taxi? Then make sure you have access to Microsoft Flight Simulator. In November, in collaboration with Volocopter, an update will be available that, among other things, adds the two-person drone taxi VoloCity as a device with which you can choose the airspace. With the update, Microsoft is responding to the emerging phenomenon of urban air mobility.

For many years, Microsoft Flight Simulator has been a software package with which you can learn to fly very realistically in the most diverse aircraft, from small sports planes to business jets and large passenger planes. The most recent version also offers the necessary improvements in terms of display. You can enjoy lifelike cities, landscapes, and weather conditions in the simulator.

But Microsoft is not only moving with the times when it comes to the further development of the virtual airspace that you can traverse. The simulator is also quite up to date in terms of aircraft in which you can fly. From an upcoming update that will be rolled out in November 2021, it is even possible to fly in a real drone taxi, namely the two-person VoloCity from Volocopter. 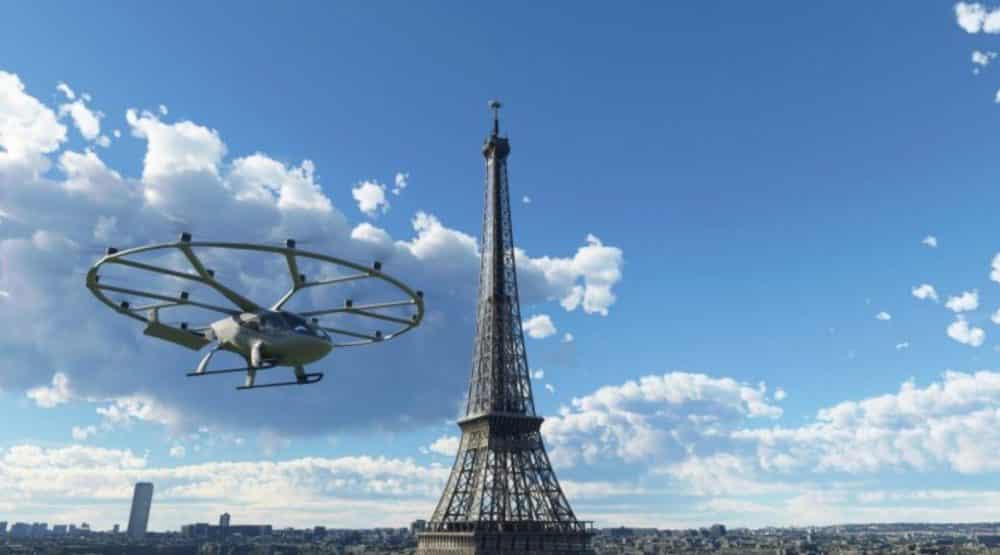 Microsoft says the following about the update:

“Under the name ‘Local Legends’, Microsoft Flight Simulator works with organizations around the world that are shaping the future of aviation. We have partnered with Volocopter, a fascinating German company that has created one of the most exciting new aircraft in the world, an eVTOL air taxi for city flights called ‘VoloCity’. Working with the team at Volocopter, we are integrating their electric air taxis and incorporating Volocopter’s vision of urban air mobility into Microsoft Flight Simulator.”

The VoloCity is an electric vertical take-off and landing aircraft (eVTOL). The aircraft has 18 electric motors and propellers for propulsion. The maximum speed is approximately 110 km/h. The maximum range is just under 70 kilometers. The VoloCity can accommodate a pilot and one passenger. Volocopter expects to be able to fly the VoloCity during the Olympic Games in Paris in 2024, among other things.

Adding the drone taxi VoloCity is a smart move

From Volocopter’s perspective, partnering with Microsoft is a smart move. Not only will the German startup be able to introduce many people to the phenomenon of urban air mobility in this way, the company will also have a pool of well-trained drone taxi pilots who have learned to fly in the VoloCity on their own time. Volocopter has already started recruiting pilots worldwide. Until the aircraft can fly autonomously, they are still desperately needed to realize the company’s growth plans. 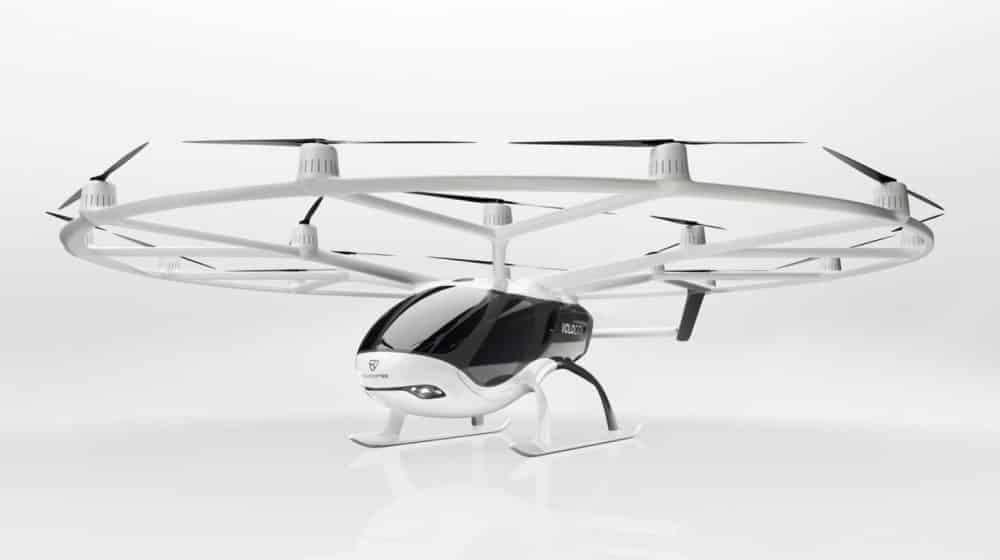 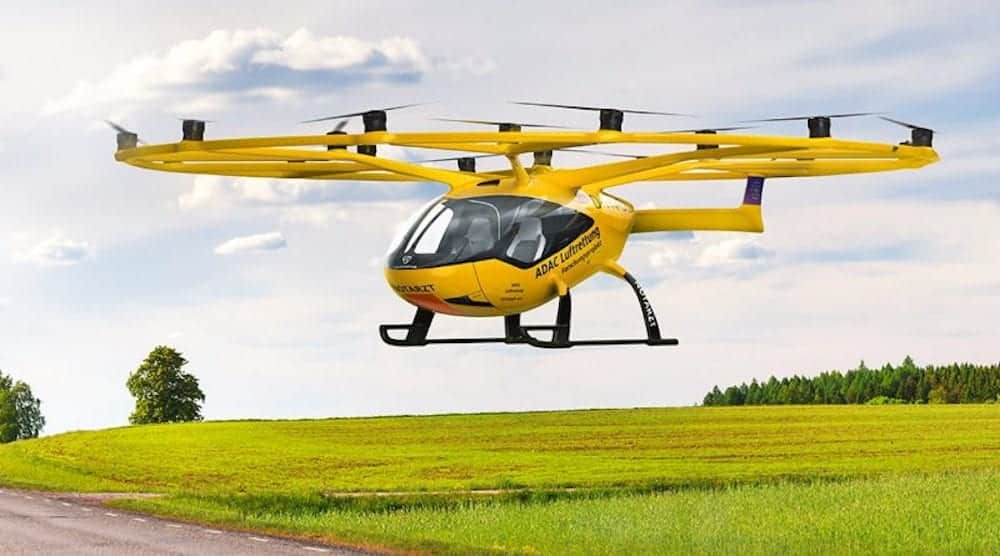 The German emergency response organization ADAC Luftrettung has placed an order for two electrically powered VoloCity air taxis with Volocopter. These are two-person aircraft that can take off and land vertically, just like a helicopter or drone. The first test flights are planned for 2023. The air ambulances are expected to be operational from 2025 onwards. 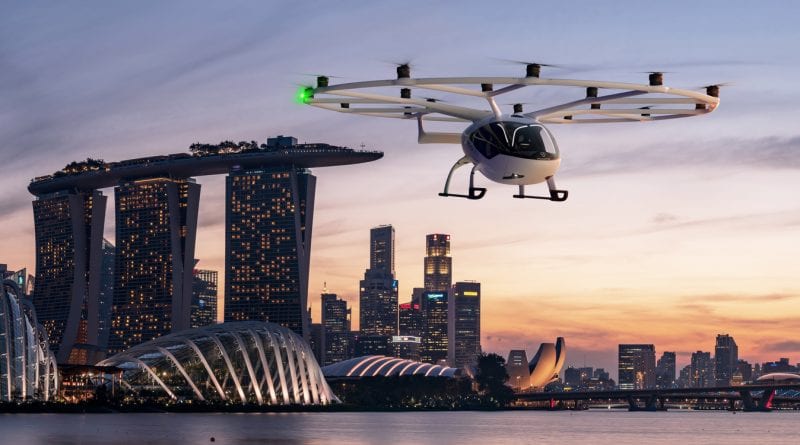 The German company Volocopter will operate an electric air taxi service in the Asian city of Singapore. To this end, a partnership has been entered into with the Economic Development Board of Singapore (EDB) and the Civil Aviation Authority of Singapore (CAAS). The goal is to get the taxi service off the ground within three years. In addition to tourist flights, there will also be connections to...