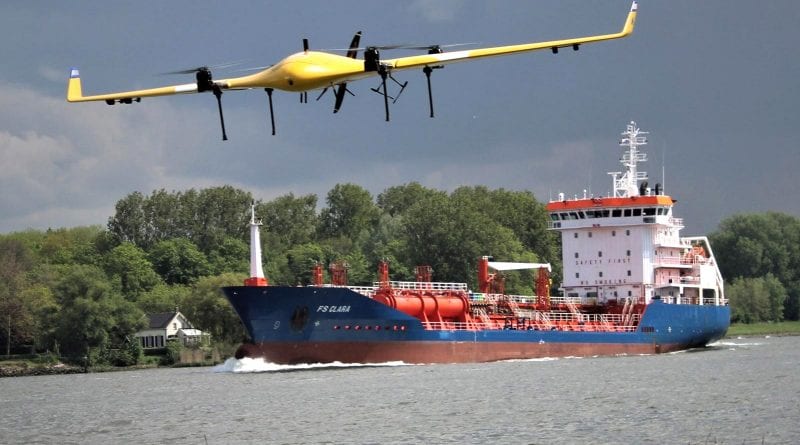 The ANWB and PostNL will soon deliver medication by drone in a series of test flights between Rhoon and Oud-Beijerland in The Netherlands. The aim is to investigate how blood and medicines can be urgently transported by drone from Erasmus Medical Center and blood bank Sanquin in Rotterdam to the Zeeland region in the future. During the test flights, the aircraft will be flown in the controlled airspace of Rotterdam – The Hague Airport.

The test flights between Rhoon and Oud-Beijerland are a follow-up to previous long-haul flights between two other Dutch cities; Meppel and Zwolle. During the flights, it is investigated what’s needed to ultimately be able to fly in the airspace between Rotterdam and Zeeland. The test flights are the next step in the realization of medication delivered by drone. The flights start in a meadow near Rhoon, and the drones land on the dike along the river, Old Maas.

During the drone test flights, the flight procedures necessary to fly in the controlled airspace of Rotterdam The Hague Airport are tested. The flights are therefore carried out in close consultation with Air Traffic Control the Netherlands, which is responsible for controlling the airspace in this area. The drones do not yet have any medical supplies on board during the test flights.

According to the organizations involved, drones can be a godsend in the southern region of Zeeland when it comes to transporting urgent medical goods. The province has few hospitals and when the provincial roads are congested, there is no way through for ambulances on the ground.

“When every second counts, traffic jams and congestion on the road can have serious consequences,” the organizations write.

By developing several trajectories, the Medical Drone Service consortium is building up knowledge that is necessary to be able to fly for the entire medical Netherlands in the future.

There is still a long way to go before actually flying with blood or medicines. The technology will be further developed and the drones must be integrated into other air traffic. Regulations also need to be further developed. Sanquin has already carried out a number of validation tests with blood products in the drone, which showed that the temperature specifications could be guaranteed.