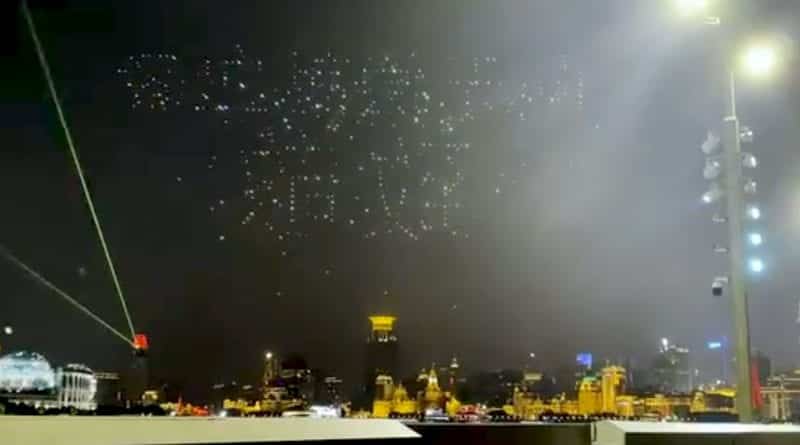 Drone shows are often touted as an eco-friendly and safe alternative to traditional fireworks. But that safety is only relative, according to a recent drone incident in Shanghai. There, during a drone show, dozens of drones suddenly fell down, resulting in several injuries. Although the show took place above water, shipping traffic was not stopped.

The drone show in question took place during the annual Dragon Boat Party on June 14, in front of the famous riverside promenade The Bund in Shanghai. A video shared on social media shows hundreds of drones collectively forming a number of Chinese characters in the sky. At one point, the drones seem to start drifting, after which dozens of unmanned aircraft crash into the river water.

According to the Chinese website kanzhaji.com, several people were slightly injured and there was also material damage. At the time of the incident, the waterway was not closed and cruise ships even pass under the drone show.

It is still unclear what exactly went wrong during the drone show. Various parties involved seem to point at each other. It is speculated that there may have been a disruption to the GPS signal on which the drones depend for their positioning and that a number of aircraft subsequently made an emergency stop.