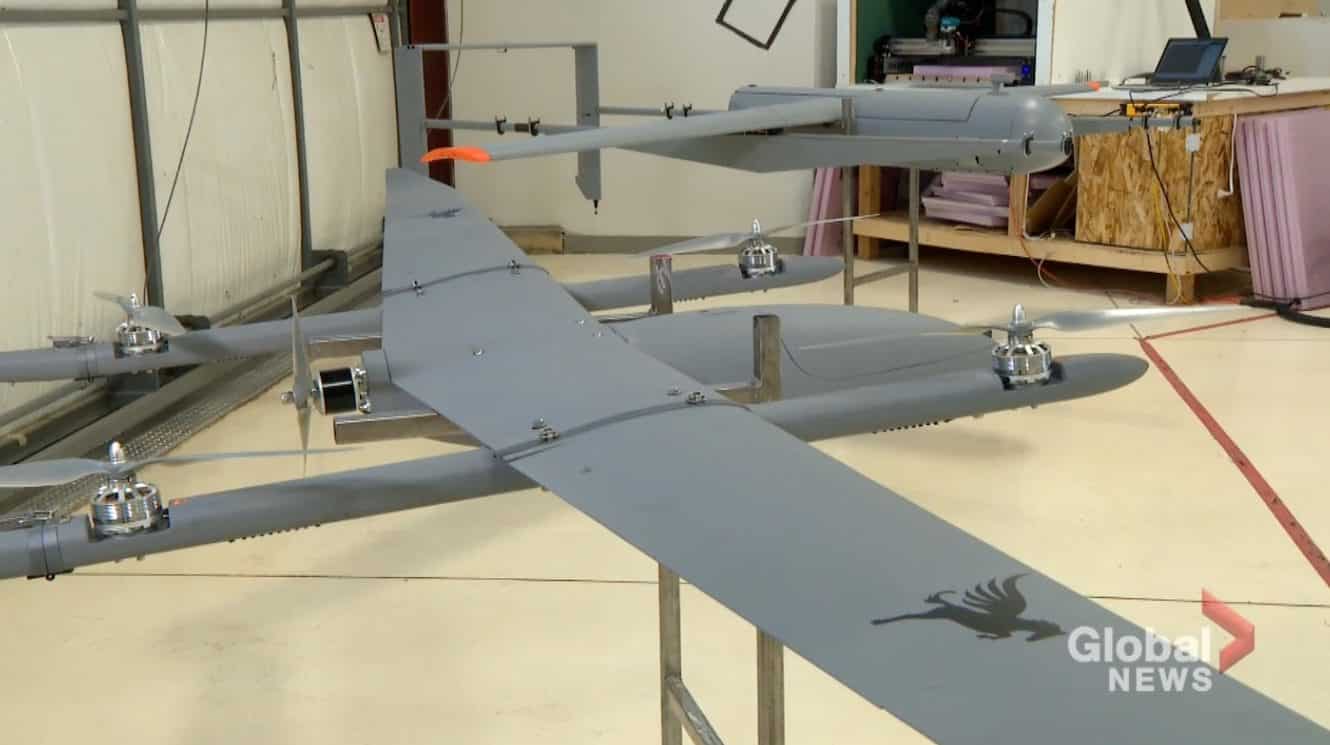 Aerospace company, Pegasus Imagery based in Edmonton, Canada is using high-tech drones and Artificial Intelligence to aid Firefighters in their battle against out-of-control wildfires.

The unmanned aircraft systems (UAS) from Pegasus Imagery capture critical information to assist in managing the fires, but more importantly, to keep Firefighters on the front lines safe.

“We are spending billions of dollars every year fighting fires like it’s 1975,” said Pegasus Imagery founder and CEO Cole Rosentreter.

The Canadian company developed the high-tech, fixed-wing, VTOL drones and started its operation three years ago. 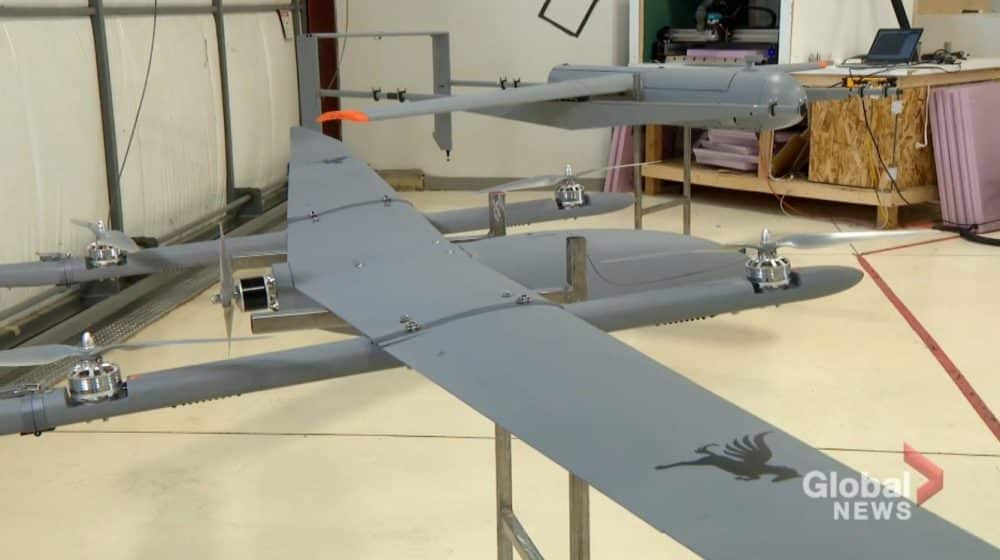 Equipped with airborne radar, these high-tech drones use Artificial Intelligence to map out and deliver information about the wildfires in real-time, day or night.

“We’re saving firefighters hours of walking around in muskeg up to their belt looking for a hot spot to put out,” Rosentreter said. “We see that our information makes them safer. Maybe they don’t have to walk around for two hours. Maybe they just hop off a helicopter or truck and 10 minutes later they’re done.”

2021 marks the first year that high-tech drones are deployed on the front lines, helping to control the wildfires. The unmanned aircraft have been used to battle several large fires west of Fort McMurray and the Tomahawk fire west of Edmonton.

“The information saves us resources — personnel-wise on the ground — and time, so we’re effectively targeting the areas we need to and we know what’s happening in that fire zone,” Parkland Fire Chief Brian Cornforth said. 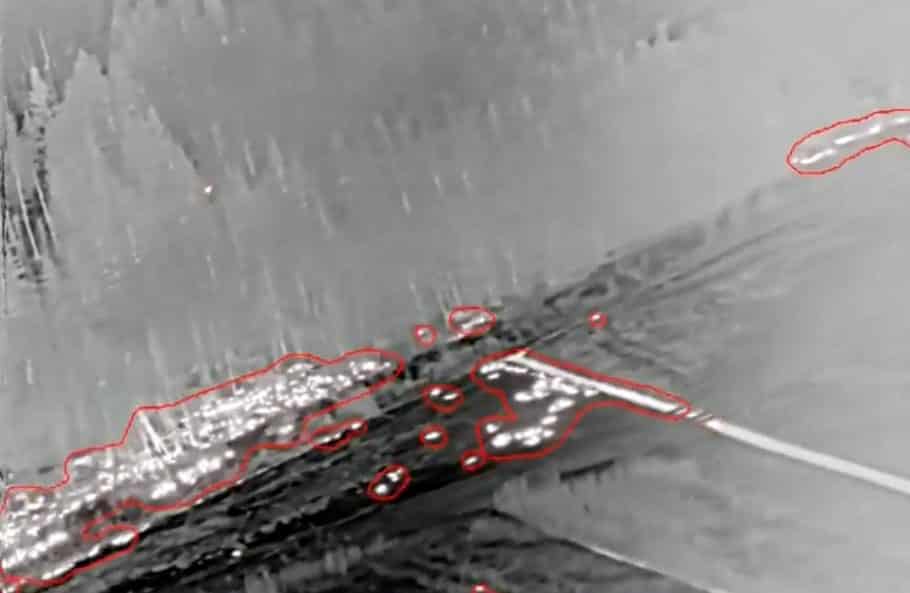 The high-tech drones from Pegasus Imagery can fly for up to 10 hours, which is considerably longer than what other commercial drones and helicopters can do.

“This is a field of technology we’re glad to see in emergency management,” Cornforth said. “I wish I had it in many occasions I was deployed across Alberta in events, and we look forward to working with this technology and increasing our intelligence on the ground level.”

Pegasus Imagery has spoken with other provinces in Canada to deploy their drones and artificial intelligence. However, the governments have not yet given the go-ahead. The high-tech drones from Pegasus Imagery can also be used for other natural disasters such as flooding, GlobalNews reports. 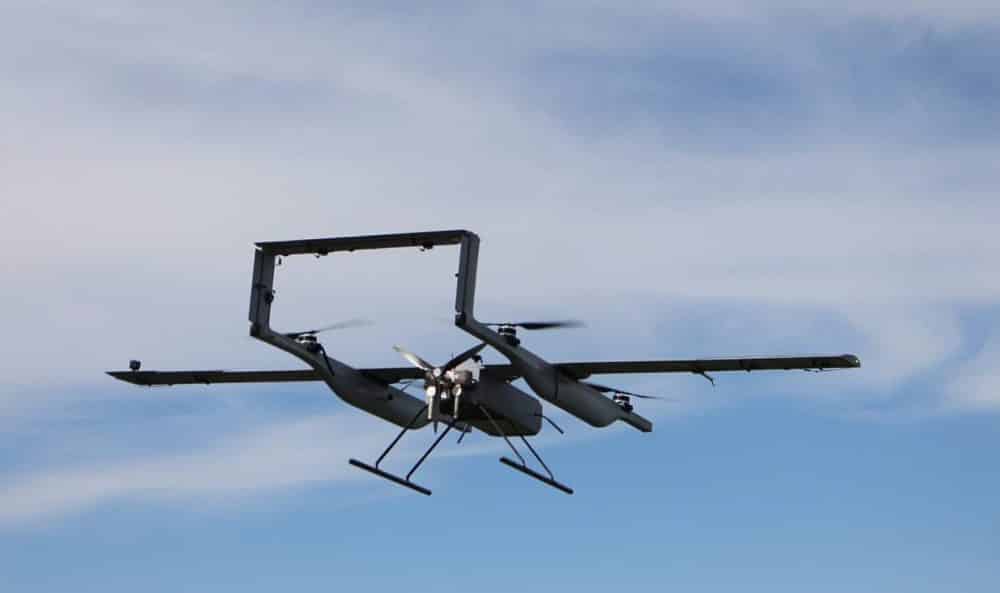