Fireball-dropping drones are the latest technology that is used by firefighters in California to battle the unprecedented wildfires. The drones are arguably the greatest innovation in fire fighting this year says a National Geographic reporter.

Drones have an advantage over fixed-wing aircraft and helicopters as they can get to places where traditional manned aviation cannot. Making the fireball-dropping drones arguably the greatest innovation in fire fighting this year says David Helvarg from the National Geographic.

In California, Colorado, Oregon, and elsewhere some 30 drone operators are flying about two dozen unmanned aircraft in the fight against wildfires. The number of drones used to fight this virus has doubled since last year when the federal Wildlife Management Technology Act was signed into law.

“We’re getting a significant increase in requests this year. We don’t have the pilots or aircraft to meet the needs now,” says Joe Suarez, a drone specialist with the National Park Service and superintendent of the Arrowhead Hot Shot fire crew in California’s Sierra Nevada mountains, according to the National Geographic. 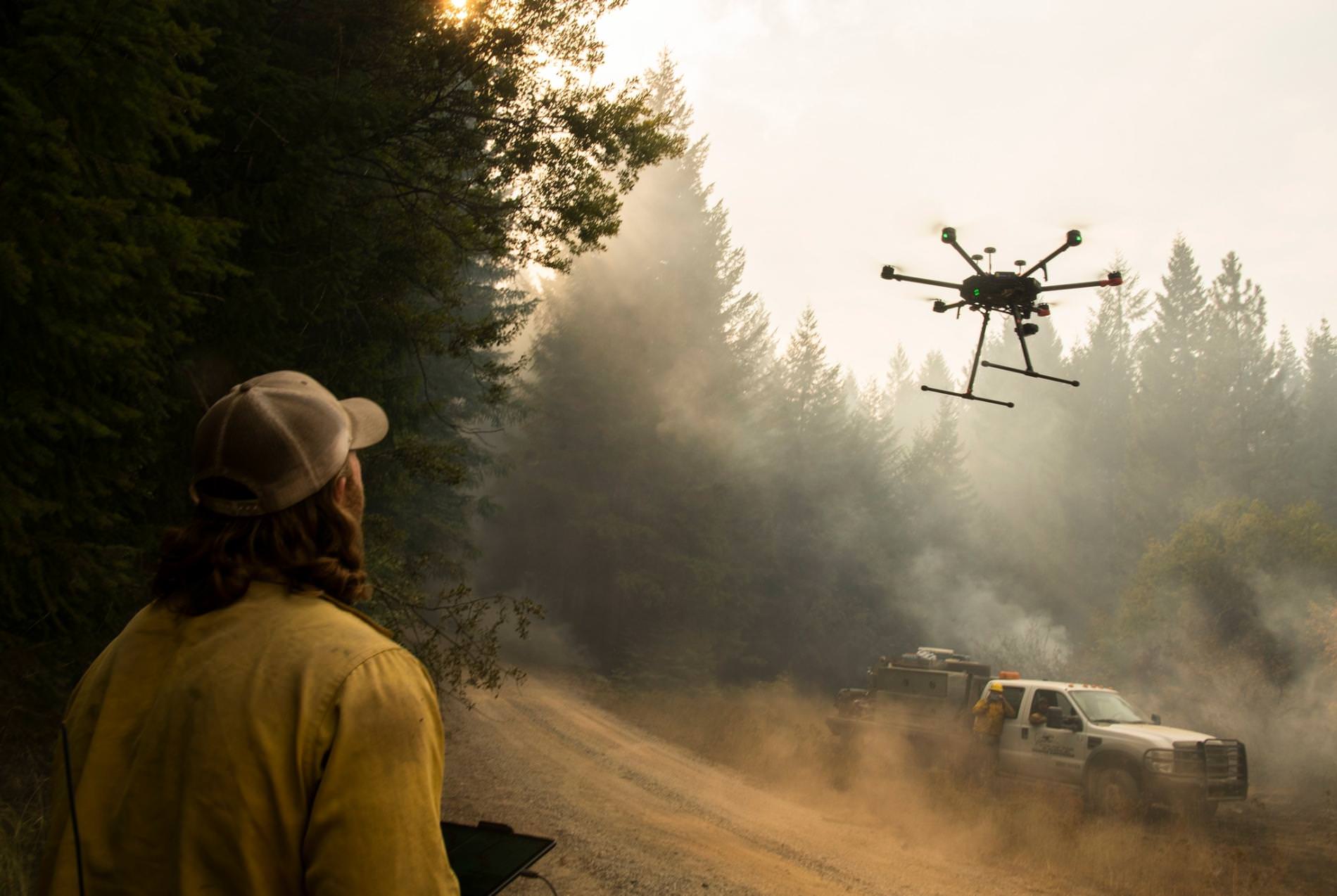 Suarez flew a DJI Matrice 600 drone outfitted with a thermal camera to map the 5,000-acres spanning Woodward Fire on the Point Reyes National Seashore in August. Manned aircraft were unable to fly due to the dense coastal fog and smoke from the fire.

Suarez was accompanied by another long-term firefighter, Simon Weibel, who now works for Drone Amplified. Weibel brought a special funnel-shaped attachment along that day. This device can be mounted under the M600 drone and drop 450 ping-pong-ball-seized incendiary devices in less than four minutes. The fireballs are called Dragon Eggs. They contain potassium permanganate and are injected with antifreeze to ignite them right before being dropped to the ground. The backfires that are started this way can use up the fuel for the advancing wildfires. 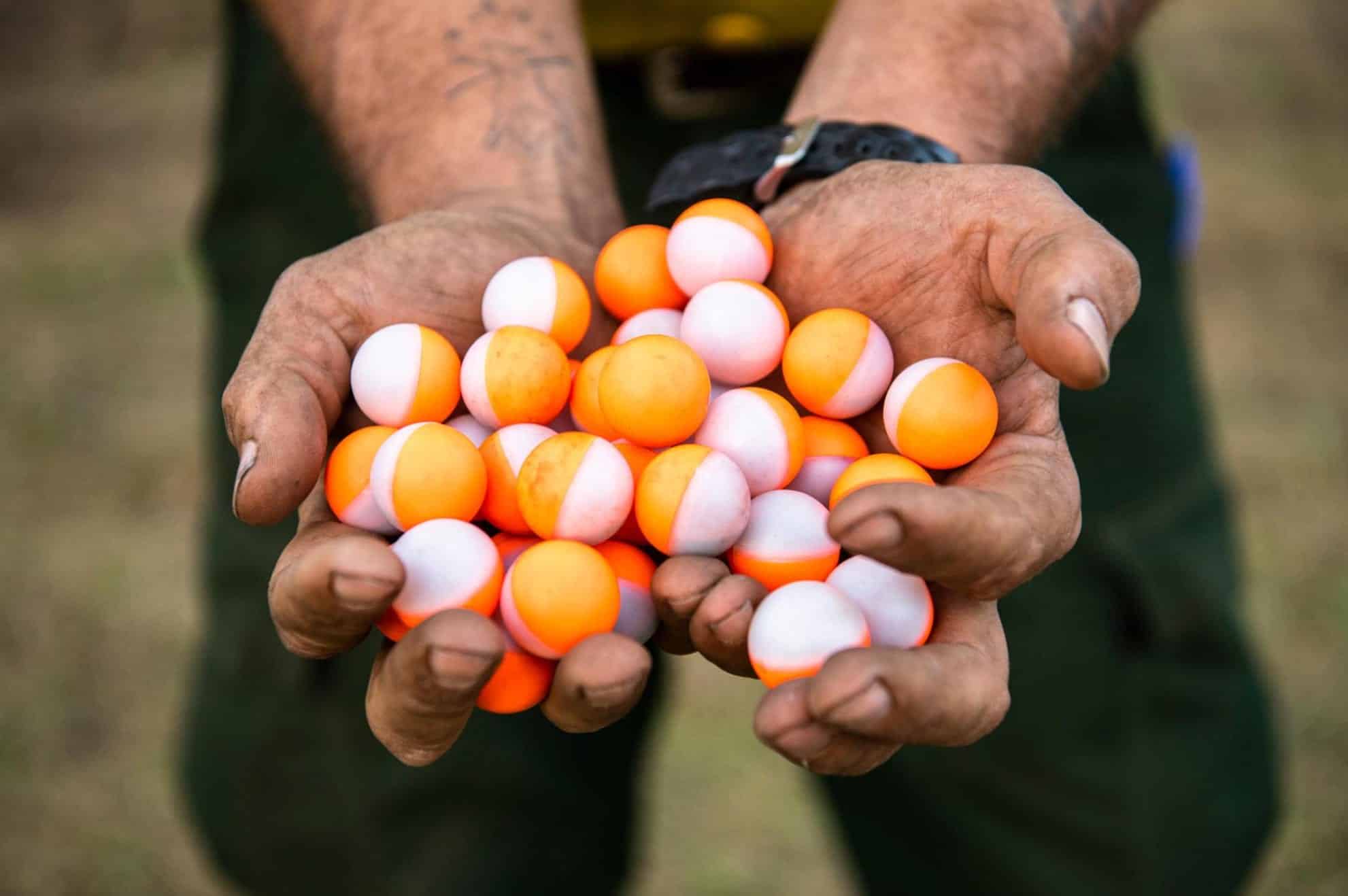 “A bonus is you can do nighttime ops and work in smoky conditions, because if a drone crashes, no one dies,” Weibel notes.

At the Point Reyes fire, the drones were “a good safety tool for getting in where it was too thick or too steep for the firefighters,” says Suarez. 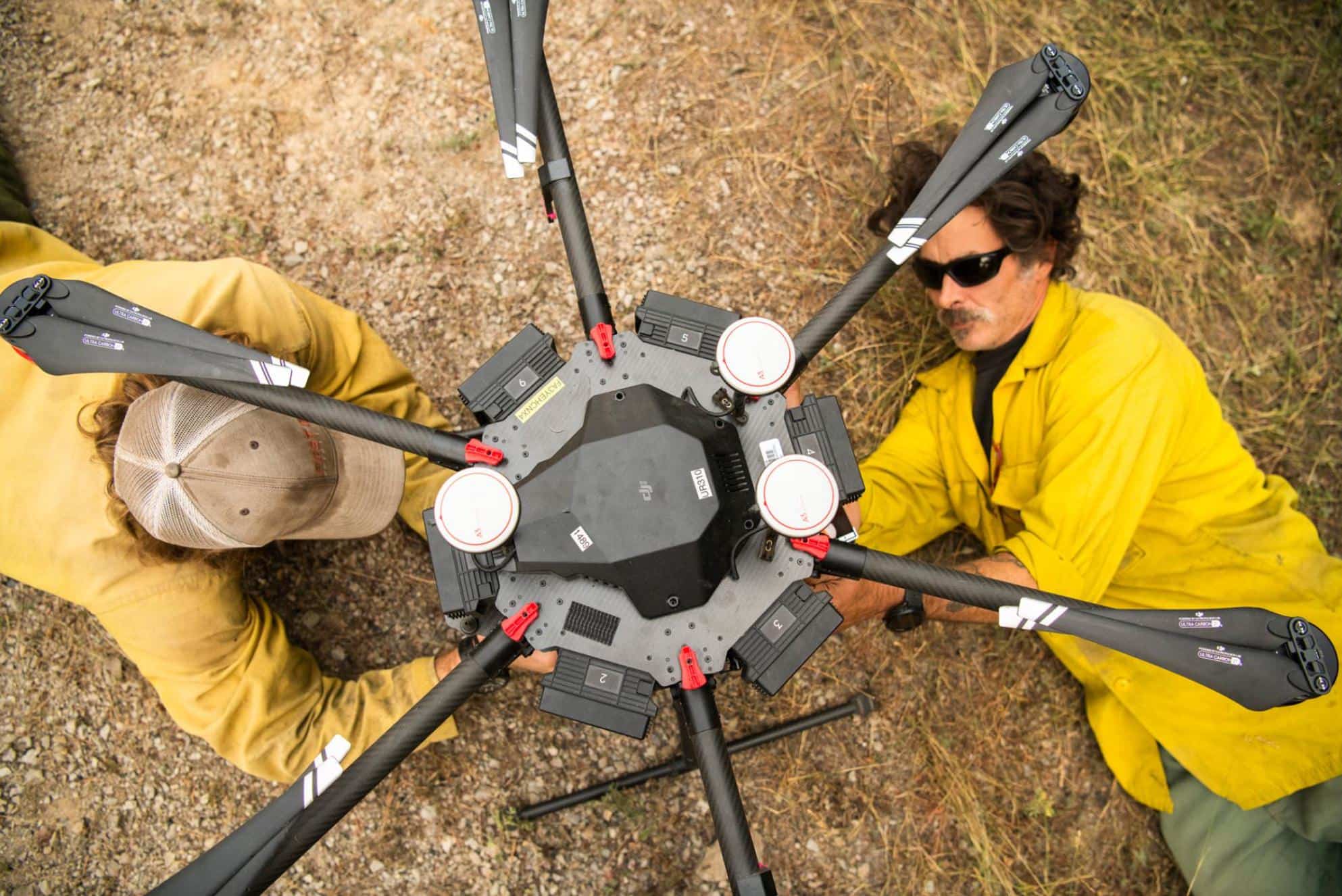 Manned firefighting aircraft are not only hindered by low visibility from fog and smoke, they will also automatically be grounded when unauthorized civilian drones appear.

“Our planes and helicopters are operating just a couple hundred feet above the ground, leaving no room to maneuver if a drone appears,” explains Cal Fire public information officer Scott McLean.