Just now, DJI officially announced the arrival of the DJI Action 2 camera on Twitter. The photo seems to indicate that the magnetic design of the DJI camera is one of its main features. October 27, 2021, at 9 am EDT.

DJI just tweeted the following message: “Expand What’s Possible,” with the date of October 27, 2021, at 9 am EDT. The photo shows the DJI logo with the announcement text below.

In the center of the photo, we see a square new DJI product that undoubtedly is the new DJI Action 2 camera. Around the device, we see tiny metal dust particles arranged in a pattern that is seemingly influenced by a magnetic source.

In our previous post on the DJI Action 2 in which we shared the official marketing text, the drone maker said:

DJI Action 2 isn’t just ultra-versatile, it’s also our most powerful action camera yet. The innovative magnetic design lets you effortlessly swap out accessories as you capture life on the go. From parkour to park walks, break the mold with DJI Action 2.

Apart from the camera’s other features, DJI clearly wants us to understand that the magnetic feature plays an important role in unlocking the versatility of the device.

One of the photos and graphics from the leaked manual shows that the DJI Action 2 can be magnetically attached to your shirt if you wear a special necklace underneath.

The top specs and features and price of the soon to be released DJI Action 2 are:

Will the DJI Action 2 compete with the recently released GoPro Hero 10? We will have to wait and see. 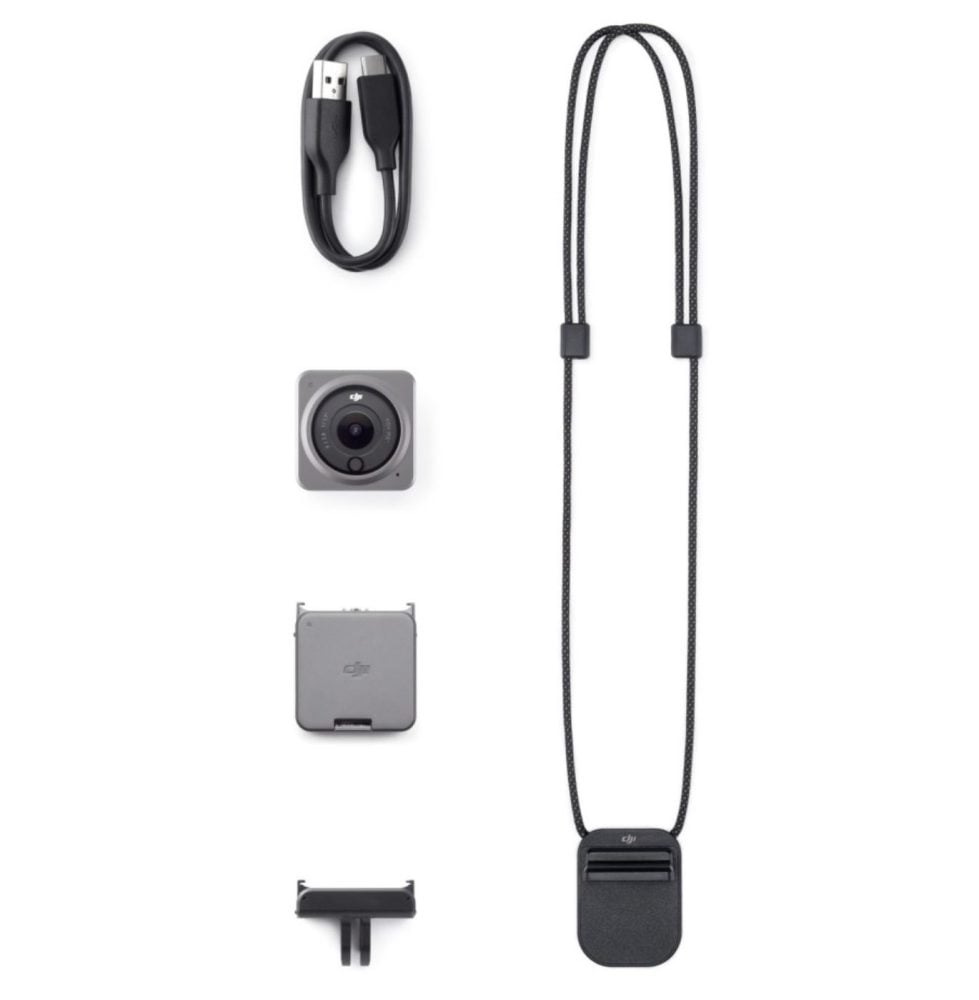