This video from a drone captures a possibly toxic dust cloud sweeping over Little Village after the demolition of a century-old smokestack at the old Crawford Coal Plant on Saturday morning. Chicago Mayor Lightfoot has asked for a full report of what happened and ordered that “No additional work will happen at this site until we have a full account.”

As you can see in the Drone Video from Alejandro Reyes and as the photo below shows, Little Village was covered in possibly toxic dust resulting from the century-old smokestack demolition.

Neighborhood residents are angered saying that the implosion should never have been allowed, especially amid the Coronavirus pandemic that causes respiratory damage.

Local photographer, Maclovio watched the demolition unfold and took the following photos as the dust cloud swept over Little Village.

Just after 8 a.m. “there was a loud boom and it toppled down,” Maclovio said, according to Block Club Chicago. Adding that shortly after, “a massive dust cloud” extended “at least six blocks from the site.”

“When it was first coming, you couldn’t see in front of you,” the 28-year-old photographer continued. “I was caught in it. I wasn’t prepared for it so I made a makeshift mask. … My lungs started hurting, I’m not going to lie.”

The Department of Public Health will be tasked to sample and monitor the air quality in the area to make sure it doesn’t contain toxic elements such as asbestos.

Hilco Redevelopment Partners, the company responsible for the smokestack demolition has been ordered to clean up the neighborhood dust because sweeping yesterday “wasn’t good enough.” 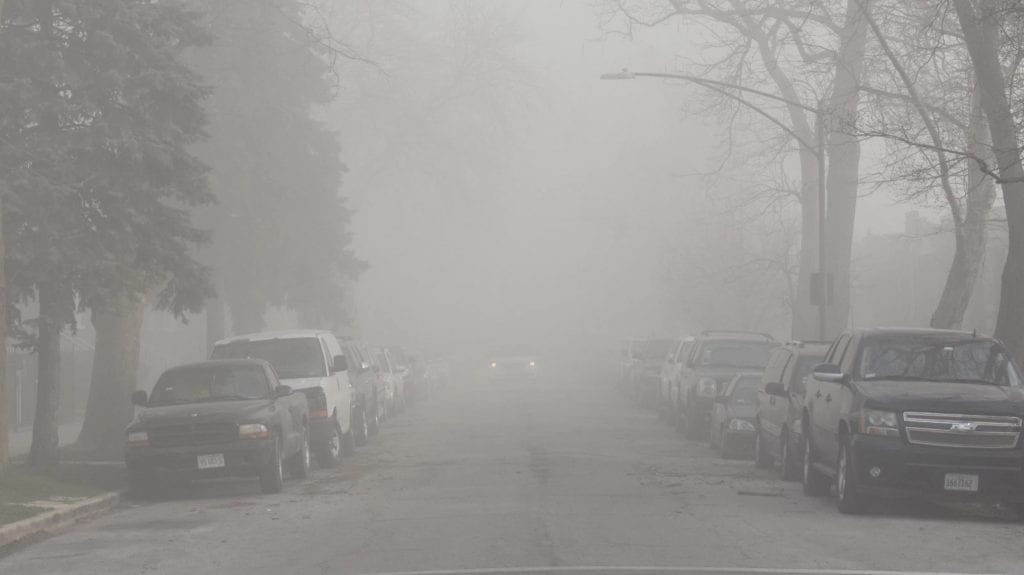 Julia Sznewajs, a Hilco spokeswoman,  said abatement testing did not show any presence of asbestos or lead in the smokestack. However, she was unable to produce these testing reports and deferred questions to the city.

Aerial view of the demolition dust cloud that enveloped Little Village and reached nearby communities amid the COVID-19 pandemic.

The drone video captured by Alejandro Reyes provides a clear view of the area that has been affected and will prove to be helpful for local residents to substantiate their health concerns. #dronesforgood

The Soul of a City Without People, a cinematic impression of the devastation in Ukraine

Drone footage of more than 20 Dutch castles and country estates