Yesterday, DJI tweeted this image, asking you to find some of the clues of DJI’s new product that is due to be released on April 27 at 9:30 pm EDT.

Curious about our upcoming announcement? We’ve hidden some clues about what will be revealed on April 27th, 9:30 pm EDT. Find them all, and the new product will be yours! 🕵️‍♂️

DJI followed up the first tweet with a second message explaining the rules of the Giveaway with a little bit more clarification and a link to the DJI website, where you’ll find the official announcement.

For a chance to win, share this illustration and let us know how many clues you found by attaching a picture with those clues circled. We’ll randomly select 2 winners to win the epic prize! The deadline to enter is on April 27th, 8:00 pm EDT.

Find clues for a chance to win DJI’s latest product!

Curious about our upcoming announcement? We’ve hidden some clues about what will be revealed on April 27th 9:30pm EDT.
Find them all, and the new product will be yours! 🕵️‍♂️ pic.twitter.com/qFcR34P9e8

The image itself is very detailed and shows lots of different parts and pieces that could be a good fit with a yet-to-be-released DJI product.

Based on the responses from others, you can see that most people seem to think, DJI is about to release a drone. Some of you even discovered some of the QuickShots that we know from previously released DJI drones, in this graphic.

The drawing itself seems to be some dark DJI castle floating on a piece of rock in the middle of a sky with dark clouds in the background. And even though the picture itself is quite a work of art, it is also indicative of the reign that DJ has over the global drone market with their estimated market share of over 70%.

Good luck with the giveaway! DJI said they will randomly select two winners and based on the number of entries it seems that you have a reasonably good chance of winning one of DJI’s yet to be released new products.

Here’s what we’ve found so far. 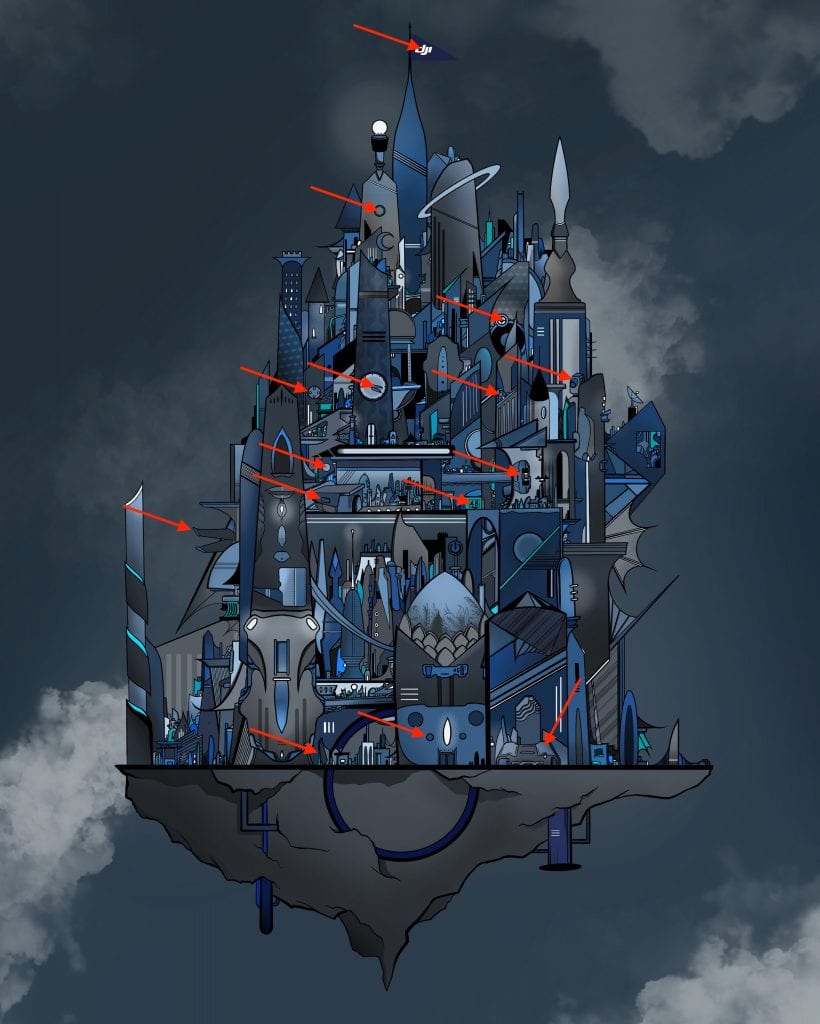