Back in the thirties, Radioplane developed a number of model airplanes that were radio-controlled and served as aerial targets for antiaircraft gunnery training by the U.S. Army Air Corps, writes Peter Suciu. Later on, they would form the basis for the first reconnaissance drones.

After the second world war when the technology was vastly improved, Radioplane was bought by Northrup Aircraft and became known as its Ventura division.

Over the years some 60,000 target drones were built and used by at least 18 different countries. The MQM-36 ‘Shelduck’ was one of the most successful targets with a wingspan of around 11 feet and a total length of more than 12 feet.

The Radioplane RP-71 Falconers became the Army’s first reconnaissance drone after people realized that these unmanned aircraft could be used in more purposeful ways. This particular model had a radio-controlled backup and an early autopilot system. It also had photo and video cameras and used flares to illuminate its surroundings during night missions.

“This UAV was launched from a lightweight stand with the aid of two takeoff rockets, while a remote ground operator flew the Falconer via radio signals while it was tracked by radar. While it could provide an overhead surveillance in a way that was previously unavailable, this early UAV only had a flight endurance time of a little more than a half an hour, which limited its use,” says Peter. “At the end of the mission the MQM-57 floated to the ground underneath a parachute that was deployed from the top of fuselage.” 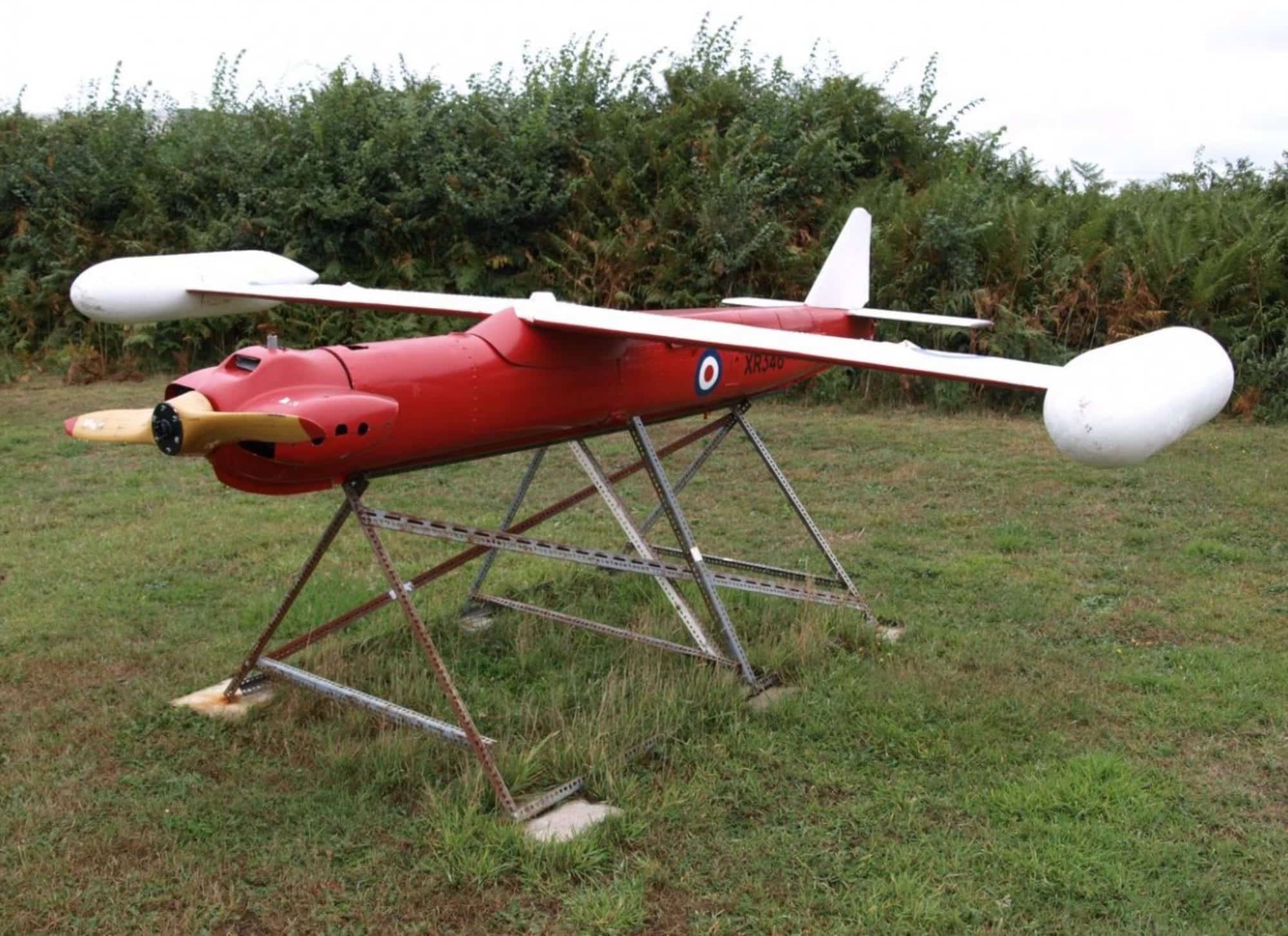