DroneSeed first in U.S. to get FAA approval for post-wildfire reforestation

DroneSeed is the first drone company in U.S. to receive approval from FAA for post-wildfire reforestation in California and five other states. Heavy-lift drone swarms can begin reforesting in these areas within 60 days.

DroneSeed first in U.S. to get FAA approval for post-wildfire reforestation

The FAA’s action allows DroneSeed to begin reforesting in California once a fire is contained and airspace is clear. The company will select specific sites affected by fires later this month and is receiving information from impacted forest managers via droneseed.com. Once sites are selected, DroneSeed will manufacture seed vessels with native Douglas Fir and Ponderosa Pine.

The approval from the FAA is a first for the agency, as each of DroneSeed’s aircraft carries a 57-pound payload and operates in swarms of up to five aircraft. This is the third precedent-setting FAA approval the company has earned, a significant achievement for the startup. DroneSeed is the only company in the United States legally approved to operate with heavy-lift drone swarms.

DroneSeed has developed the capability to reforest after wildfires within 60 days. The company, which utilizes drone swarms to fly over rough terrain, boosts seed establishment rates with patented seed vessels. This rapid response avoids adding more reforestation debt to the increasing national backlog of forests that aren’t re-establishing due to the size and severity of wildfires. The speed also reduces forest manager weed removal costs of invasive species that grow over the two to three year period while nursery trees grow.

“As these devastating wildfires have directly and indirectly impacted most Americans, it has been extremely hard for me to watch friends, investors, and communities lose people, property, and livelihoods,” said Grant Canary, CEO of DroneSeed. “Our team is highly motivated to help communities begin the process of restoring the forests we lost, make sure they come back, and evolve new tools to make reforestation scalable. It’s imperative if we’re to mitigate the worst effects of climate change.”

In addition to California, DroneSeed is currently fielding inquiries and actively selecting sites for reforestation for multiple fires in Oregon and Washington. Individuals, businesses, and organizations with forests affected by fires can send information about their land and the fire impact via DroneSeed’s website.

An additional service, DroneSeed offers interested forest owners a portion of carbon credit sales for the post-fire reforestation–lowering costs. The company is matching these owners with tech companies, such as Microsoft, that have announced they will go carbon negative.

“Previously carbon credits only worked for established forests, and that’s now expanded to planting forests–especially those impacted by fires,” Canary said about the effort. “The Climate Action Reserve has developed the standards to connect reforestation to California’s carbon offset market and project forward.”

Canary outlined the relatively simple process and how it pays off in the long run for investors and the climate.

“At the outset, create a super conservative baseline of tree survival and carbon capture rate by species,” Canary commented. “A year after seed vessel dispersal an independent third party checks the survival. If it’s successful, credits are issued and money is exchanged. Then after five years, the trees are checked again, and if the conservative baseline is exceeded more credits can be issued. Stay tuned to see how this dramatically changes things–and come talk to us corporate America–there’s dramatic demand and not enough supply. We’re building that supply for partners.”

The approval from the FAA is a first for the agency, as each of DroneSeed's aircraft carries a 57-pound payload and operates in swarms of up to five aircraft. DroneSeed is the only company in the United States legally approved to operate… Click To Tweet 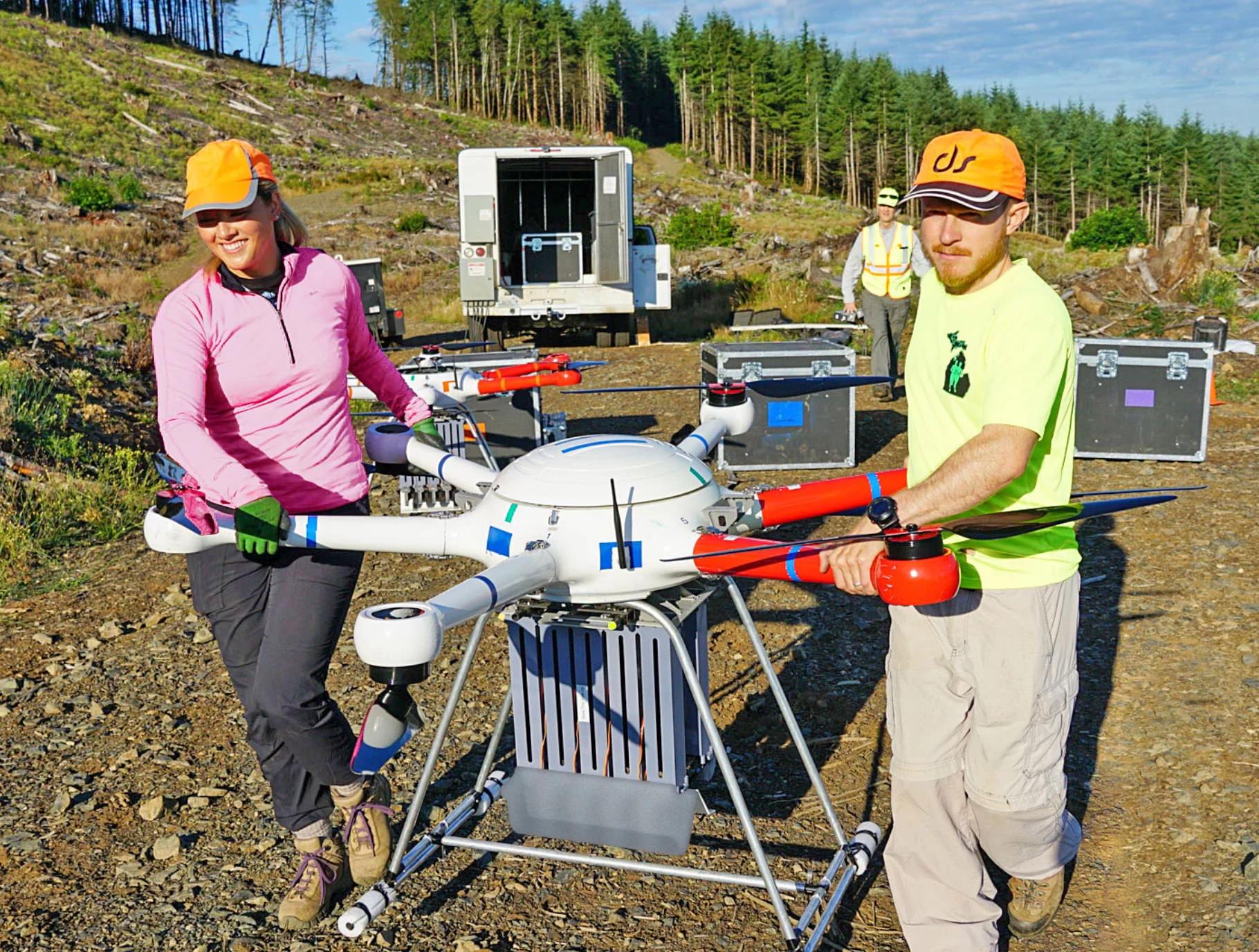 You can read more stories about drones being used for good by clicking this link.