During a traffic stop near the French city of Nancy, a man who was possibly planning to carry out a terrorist attack using a drone was arrested. In addition to a drone with an ignition mechanism on board, explosives were also found in the car of the suspected drone terrorist. Police forces in other countries have been made aware of the threat.

The arrest took place last month in France but has only now been announced. According to a statement from the police, the 22-year-old man was notable for his nervous behavior during a regular traffic check on the A31 near Nancy. The driver was then asked to put his Renault Kangoo aside.

When the car was searched, police officers found a small-sized drone with a mounting mechanism attached. Detonators and 500 grams of explosives were also found in the car. In addition, the police found an extra remote control, with which the detonators can be activated remotely.

The man didn’t cooperate with the police investigation and declined to comment on what he intended to do with the drone. The police assume that the man wanted to commit a terror attack. It is now being investigated what his possible target was. The French police have also notified police forces in other European countries of their findings.

Interestingly, the drone in question appears to be of the simplest kind: a toy, in fact. It is probably not a drone with geofencing or other software flight restrictions on board. 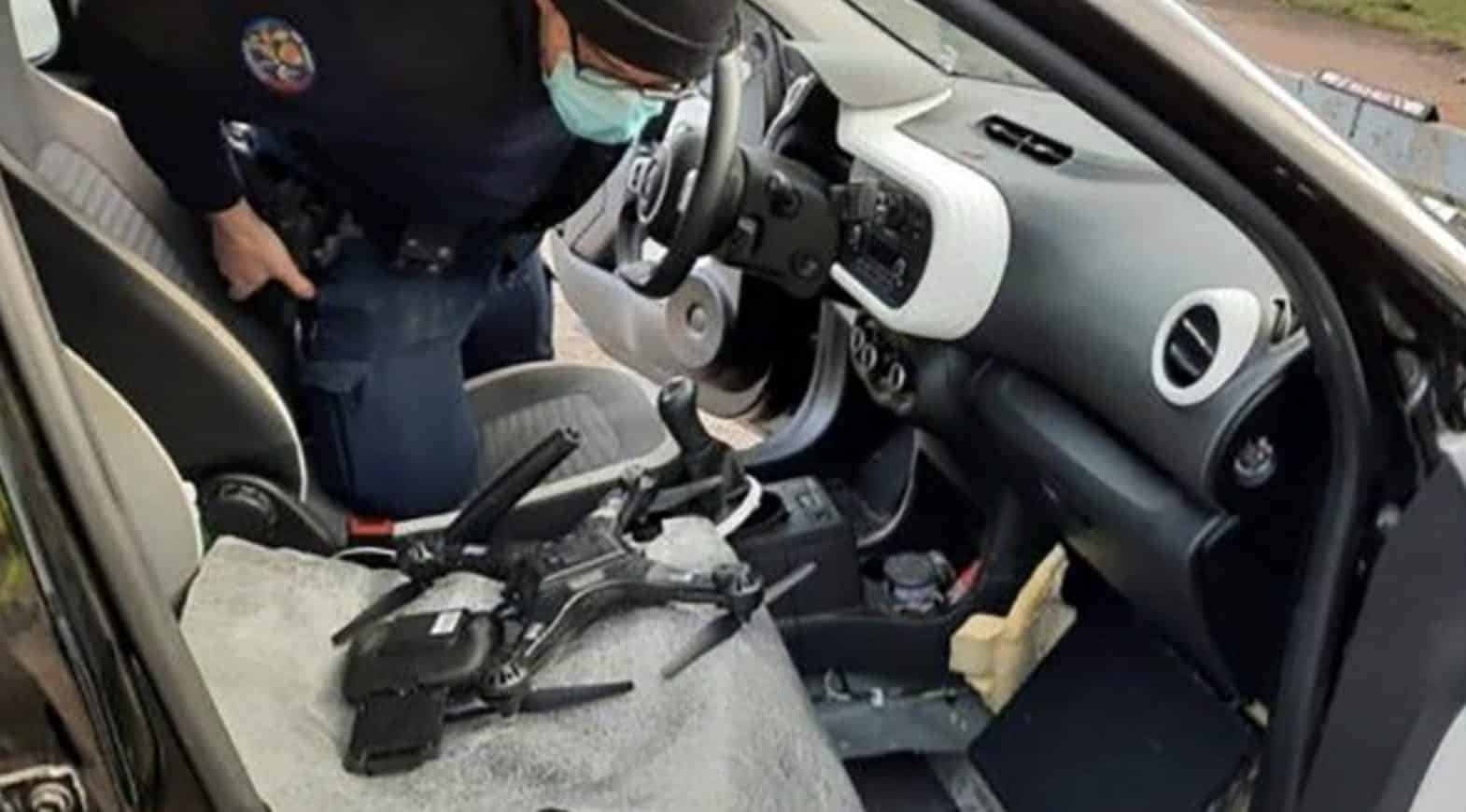