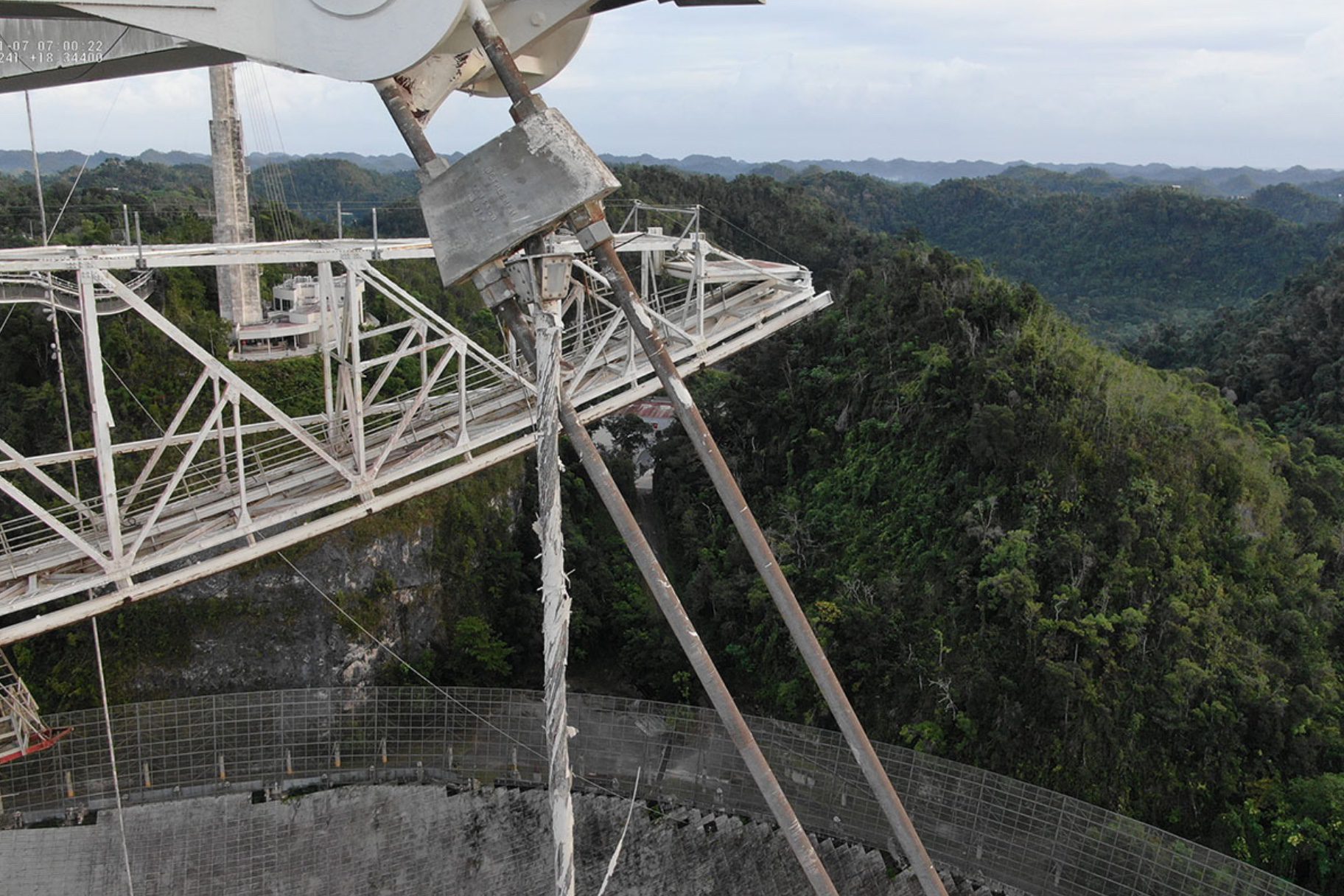 To minimize the risk to personnel, drones and remote cameras are used to investigate two cable breaks that support the 900-ton platform that is part of the Arecibo Observatory in Puerto Rico.

On August 10, an auxiliary cable break occurred at the iconic Arecibo Observatory, followed by a main cable break around 7:30 pm on November 6th. Experts are concerned that the world’s largest single-dish radio telescope is on the verge of a total collapse.

The famous structure, featured in the Jodie Foster film “Contact” and the James Bond movie “GoldenEye,” is suspended over a sinkhole in Puerto Rico.

“As someone who depends on Arecibo for my science, I’m frightened. It’s a very worrisome situation right now. There’s a possibility of cascading, catastrophic failure,” said astronomer Scott Ransom with the North American Nanohertz Observatory for Gravitational Waves, a collaboration of scientists in the U.S. and Canada, reports AP News.

According to University officials, wire breaks on two of the remaining main cables have already been noticed by maintenance crews.

Last Friday, the University of Central Florida, which manages the facility, said in a statement, “Each of the structure’s remaining cables is now supporting more weight than before, increasing the likelihood of another cable failure, which would likely result in the collapse of the entire structure.”

Drones and remote cameras are used to assess the damage to the cables and to minimize the risk to employees and contractors. 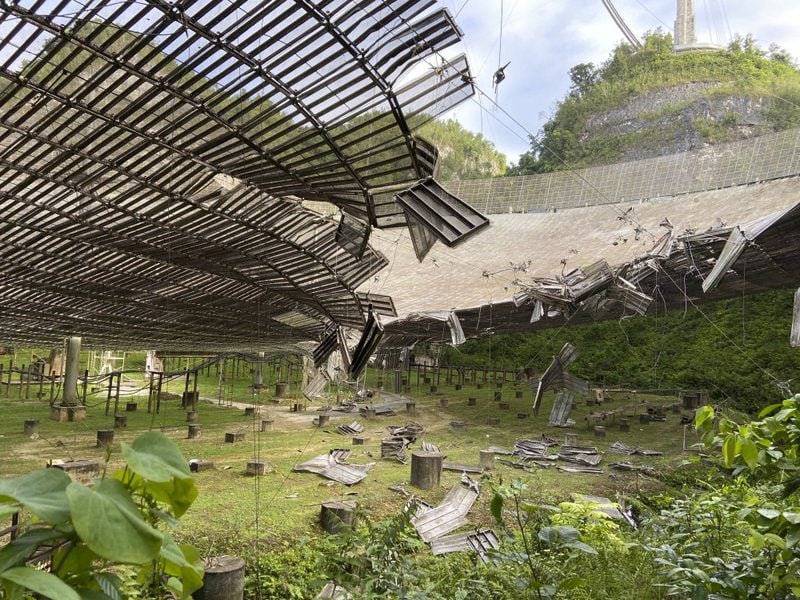 The Arecibo Observatory was built and financed by the Department of Defense in the 1960s as part of a push to develop anti-ballistic missile defenses.

New cables are due to arrive next month according to officials, however, funding for the repairs has not yet been resolved with federal agencies. Currently, only a few cables support the 900-ton platform, causing scientists to worry that time is running out.

The suspended central platform of the Arecibo Observatory is at risk of collapsing. It weighs more than 4 large commercial airplanes. Plane for scale. @NAICobservatory https://t.co/utxv53M583 pic.twitter.com/CDz4IgbCOz