Nowadays DJI doesn’t have to do much about marketing anymore. Just a matter of leaking information (whether or not intended), the internet will do the rest. This is also the case with the upcoming DJI FPV Combo: with two weeks to go until the official launch, almost everything there is to know about the new drone is now on the street, including the specs and an unboxing video.

Let’s start with the unboxing video. This was put online on the Dominion Drones YouTube channel. Later the video was taken offline, but by then it was already too late: a copy of the video was already circulating at that time.

The video shows the content of the DJI FPV Combo. This will be the “ready to fly” package with which you, as a novice FPV drone pilot, can get started right away, as we are used to from DJI. No hassle with choosing the right props, motors, batteries, and flight controllers: everything is already coordinated ex-factory.

In addition to the drone itself, the Combo includes the new FPV controller, the new FPV Goggles V2, a battery charger, and two sets of propellers. It seems that only one battery comes with the DJI FPV Combo. There may also be a DJI FPV Fly More Combo with more spare propellers, a carrying case and extra batteries on the market. We do not see the name “Flash” anywhere.

Then the specs, starting with the drone itself. It weighs 795 grams, including battery and propellers. The maximum flight time is close to 20 minutes: a lot more than the few minutes that most (self-built) FPV drones offer. The battery capacity is 2,000 mAh. For protection, the drone is equipped with a removable canopy. These are available in various bright colors so that the drone stands out better when it is lying somewhere on the ground.

The camera has an angle of view of 150°, so a spacious fisheye. Our expectation is that DJI will stabilize the images with software, just like with the Osmo Action camera. It is expected that the drone is mainly suitable for so-called cinematic FPV recordings, and image stabilization is very important for this.

There are two sensors for obstacle detection in the forward flight direction. Two sensors are also visible on the underside of the drone. These may be used to assist during landing procedures. 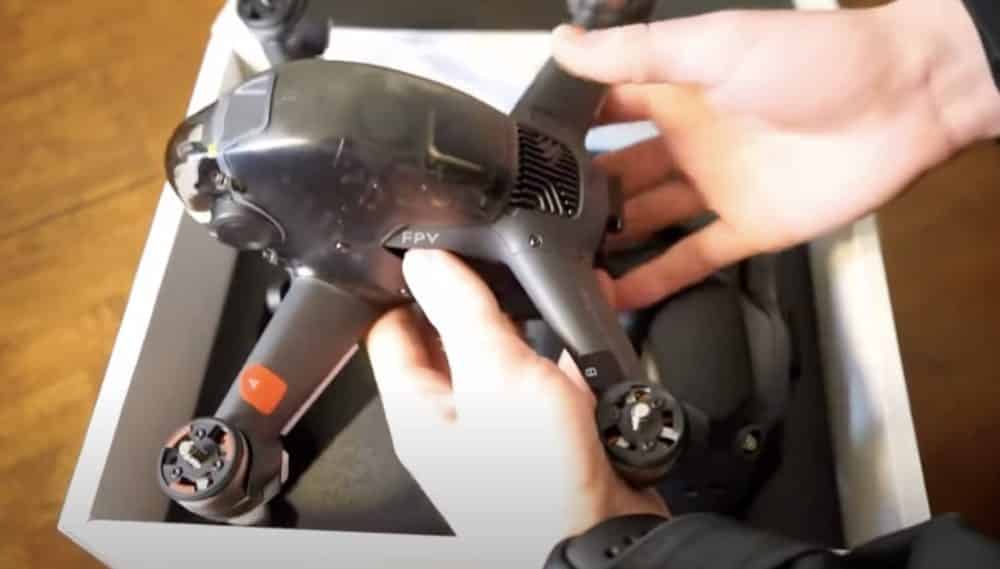 The included FPV controller weighs 346 grams. Probably OcuSync 2.0 is used for the image transfer. The maximum range is 10 km in FCC mode and 6 km in European CE mode. In addition to the sticks for the control, the controller has various buttons and a flight mode selector switch. There is also a return-to-home button. 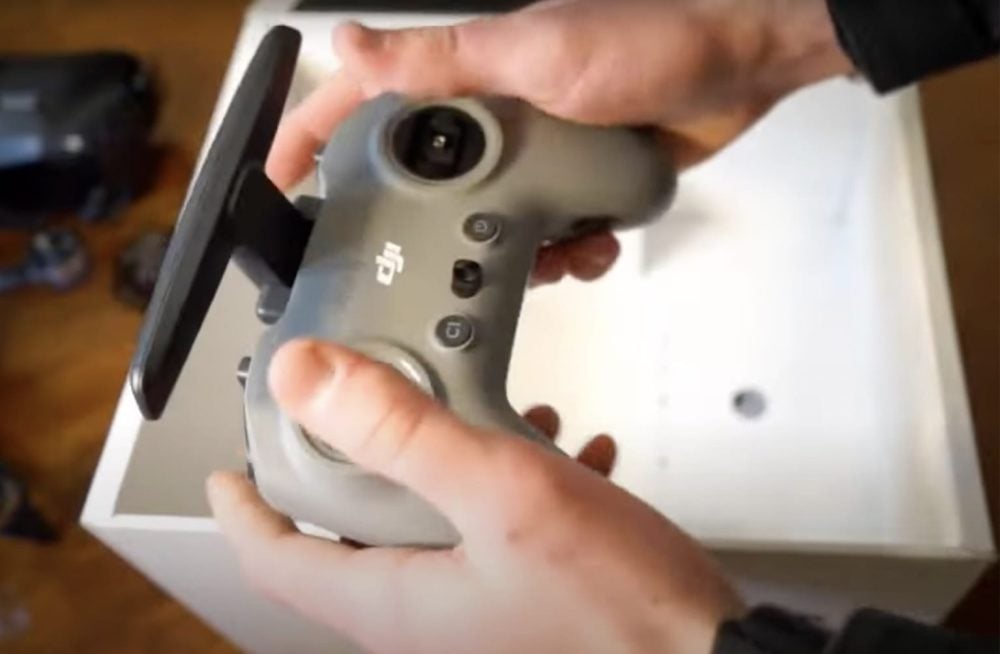 The video goggles included in the FPV Combi are the DJI Goggles V2. It contains two 2″ screens, each with a resolution of 1440 × 810 pixels. The glasses weigh 420 grams. For the energy supply, a 1,800 mAh battery is included, which allows the glasses to work for a maximum of 110 minutes. The glasses contain various controls, including for starting a video recording. The video glasses have a microSD card slot for storing images. 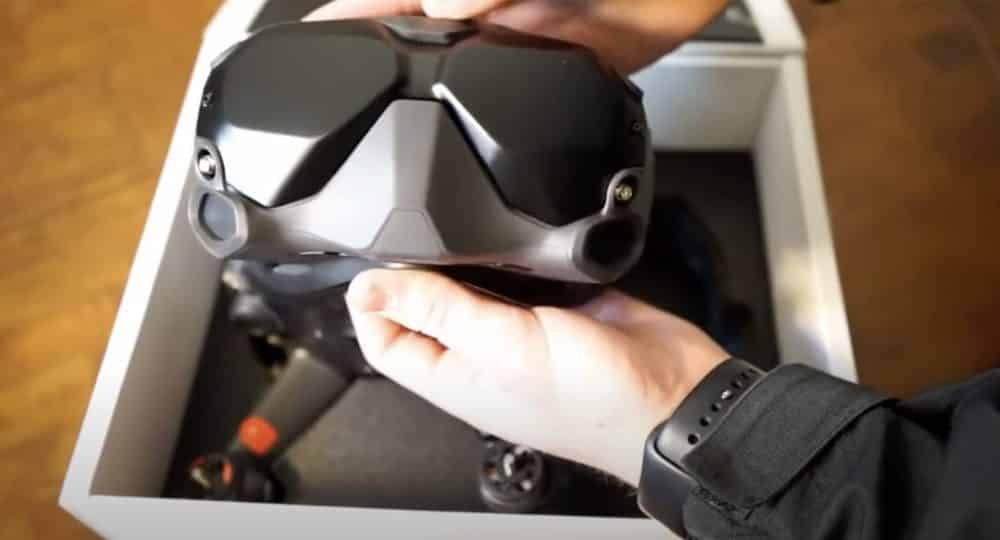 As to the launch date, there is still speculation on 2 March next. As a possible sales price of the DJI FPV Combo, an amount of € 1,500 was circulated, but that is not yet certain.

A British canoeist may have unintentionally captured drone footage of the legendary Loch Ness Monster while paddling through Scotland’s Loch Ness for a long-distance charity canoe trip.
Facebook Comments