Startup Manna raises funds for drone deliveries in the US

Irish startup Manna raises funds for drone deliveries in the US and UK, after successfully delivering groceries, takeaways, and medications to thousands of people in Ireland.

With help from UK venture capital firm Draper Esprit and the founders of online payments group Stripe, the Irish drone start-up Manna has successfully completed its biggest fundraising to expand its drone delivery service to the US and UK.

Manna has successfully tested its drone delivery service in two towns in Ireland, delivering groceries takeaways, and medication to thousands of people. The startup now plans to expand its deliveries to the united kingdom and the United States of America. 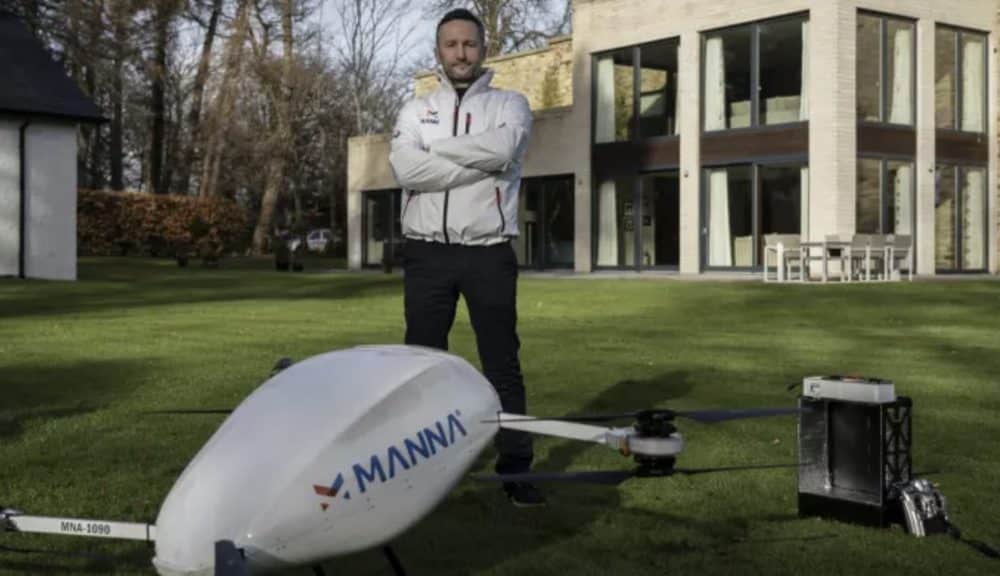 According to bobby Healy, the founder of Manna, the money would be used to speed up manufacturing and research, before expanding operations in Europe and the US in about 18 months.

Manna would raise “a significantly larger amount of finance in the next 12 to 24 months” to fund the rapid expansion Healy said. “The biggest market for us is the USA, but number two is the UK, which is bigger than the entire rest of Europe combined in takeaway and delivery meals,” he added.

Recently Manna was able to recruit a former Alphabet drone executive to head its US operations.

“Drone delivery is regulated for, it’s technically very practical, and we’re already showing that it works. The unit economics are absolutely golden. It’s a trillion-dollar-plus industry that’s actually viable in the next 24 months. The next phase for us, when we start to scale, will require a gigantic infrastructure rollout. Us and Alphabet Wing will be leading it.”

In earlier tests in Ireland, Manna has mainly delivered groceries, takeaways, and COVID-19 testing kits. The median flight time for its drone deliveries is two minutes and 40 seconds.

You’ll need two or three people for [a] hub and we think we need about 3,000 hubs in the UK, so five to 10,000 full-time employees and upwards of half a billion dollars in investments just to launch to 10 percent of the UK.”

Healy likened the drone delivery business as “being an aircraft manufacturer and an airline rolled into one. It’s just your flights are shorter and your aircraft is smaller.”