A crashed drone search leads first responders to a 47-year-old woman from Utah who went missing in November of last year. The woman, who may have struggled with mental challenges survived on a diet of grass, moss, and water. She suffered no apparent injuries, according to officials.

The Utah woman had been living off of grass, moss, and water from a nearby river for more than five months reports The Guardian.

She had first been reported missing when US Forest Service employees found her abandoned car at a trailhead parking lot 50 miles southeast of Salt Lake City on November 25th of last year.

A search and rescue effort had been launched in the weeks after her disappearance but the woman had not been found.

Last Sunday, the missing woman was found when a drone had crashed during a search of the area, said Sgt Spencer Cannon of the Utah County Sheriff’s Office.

While looking for the unmanned aircraft, the drone pilot and the sergeant stumbled upon the tent from which the woman appeared.

“We now believe she knowingly chose to remain in the area over the months since November 2020,” the sheriff’s office said in a statement . “She did have a small amount of food with her, and she told SAR officials she foraged for grass and moss to subsist. She also had access to an ample supply of water in a nearby river. 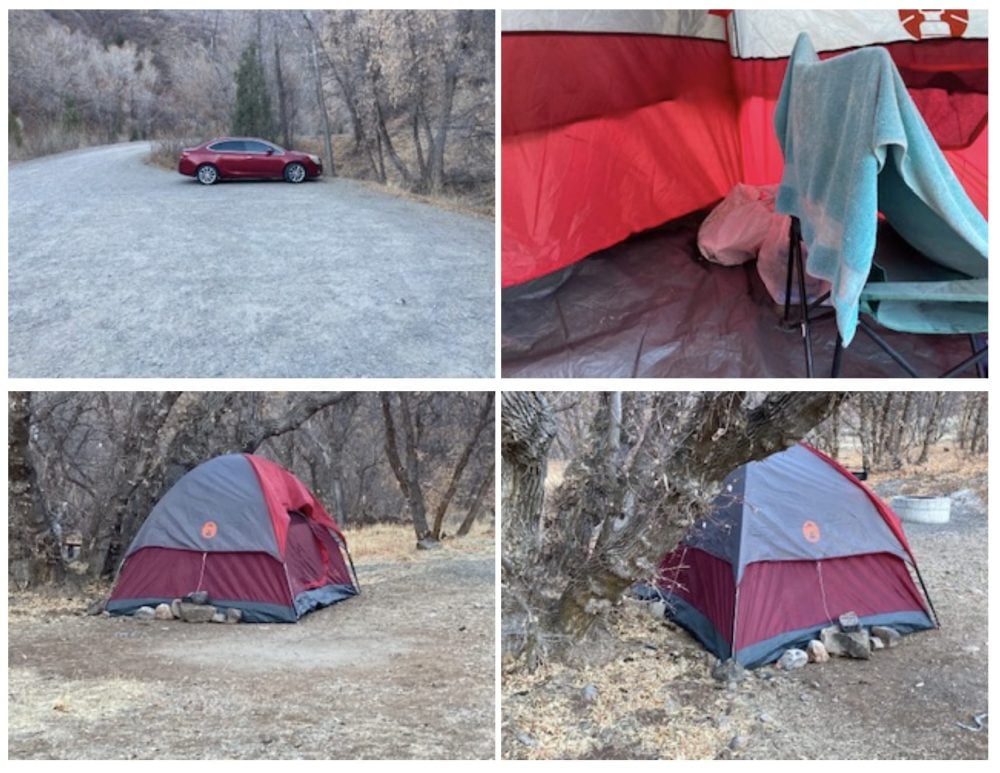 The unidentified woman was weakened and underweight but she showed no physical injuries, according to Cannon, the Utah county sheriff.

“Regardless of the fact that she was able to survive, it was a tough existence for those months that she was up there and we’re glad we were able to make contact with her,” Cannon told local station KSL-TV.

The woman has been taken to the hospital for observation. In a released statement it was indicated that the woman may have struggled with mental challenges.

“We want to be clear that while many people might choose to not live in the circumstances and conditions this woman did, she did nothing against the law,” the statement added. “And in the future, she might choose to return to the same area. Resources were made available to her should she decide to use them.”